It is time to draft a new constitution, Erdoğan says 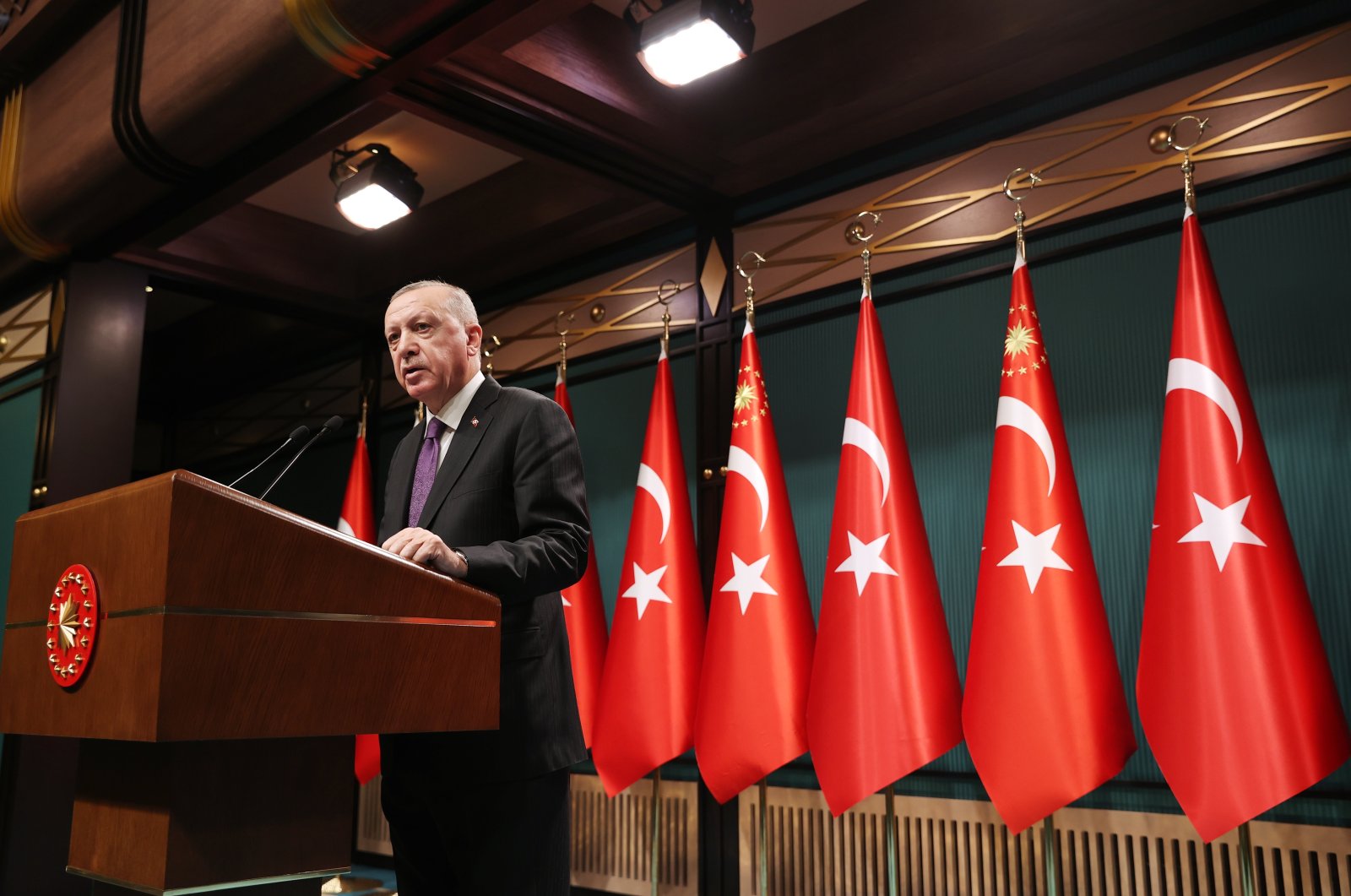 "It is time to discuss drafting a new constitution," President Recep Tayyip Erdoğan said in a statement at Ankara's Presidential Complex late Monday, underlining that his ruling Justice and Development Party (AK Party) and its ally in the People's Alliance, Nationalist Movement Party (MHP) have agreed on the plan.

Underlining that the changes to the constitution must be done in a transparent manner, Erdoğan said the final version will be presented for public discretion.

The 2017 constitutional referendum asked voters to decide on an 18-article bill switching from a parliamentary to a presidential system, among other changes. The amendments to the constitution were jointly brought forward by the AK Party and the MHP.

"Our reform packages will be revealed soon in full detail," he said, adding that the reforms will be carried out in the judiciary and economy.

Erdoğan also touched on economic developments, saying that Turkey has weathered the consequences of the ongoing pandemic well.

"Recent international analyses show Turkey and China to be the sole countries within G-20 to have ended 2020 with positive growth," he said.

"In 2020, we issued a total of 10,505 investment certificates, which will support fixed investments of nearly $33.3 billion," he underlined.

"Once completed, these investments will provide over 305,000 additional jobs."

Erdoğan also stressed that the inflation in food prices is the "greatest threat" to both producers and consumers, saying: "We believe that the volatility in food prices will decrease in the second half of the year with the developments in the world and the measures we take in our country."

The Turkish president also commented on the progress the country has made in space and satellite technologies and said: "Turkey started to work on establishing a microsatellite launcher facility and will soon send its and friendly countries' satellites into space."

"We are determined to make our country a brand in space and satellite technologies that have a wide range of uses from communication to energy, from environmental protection to the defense industry," Erdoğan added.

Erdoğan also emphasized the importance of currency stability, saying that over $4 billion (TL 28.79 billion) had been sold in recent months, leading to a 5-month high in the Turkish lira's value.

The president also announced a plan to start a "gradual relaxation of the COVID-19 restrictions" with the number of infections decreasing.

Erdoğan also shared that Turkey would gradually return to face-to-face education but added that if cases begin to rise, schools will close again.

"We will open our rural schools on Feb. 15 but will close them again if COVID-19 case numbers increase," he said.

Since last month, Turkey has been imposing curfews on both weeknights and weekends as part of its efforts to curb the virus' spread.