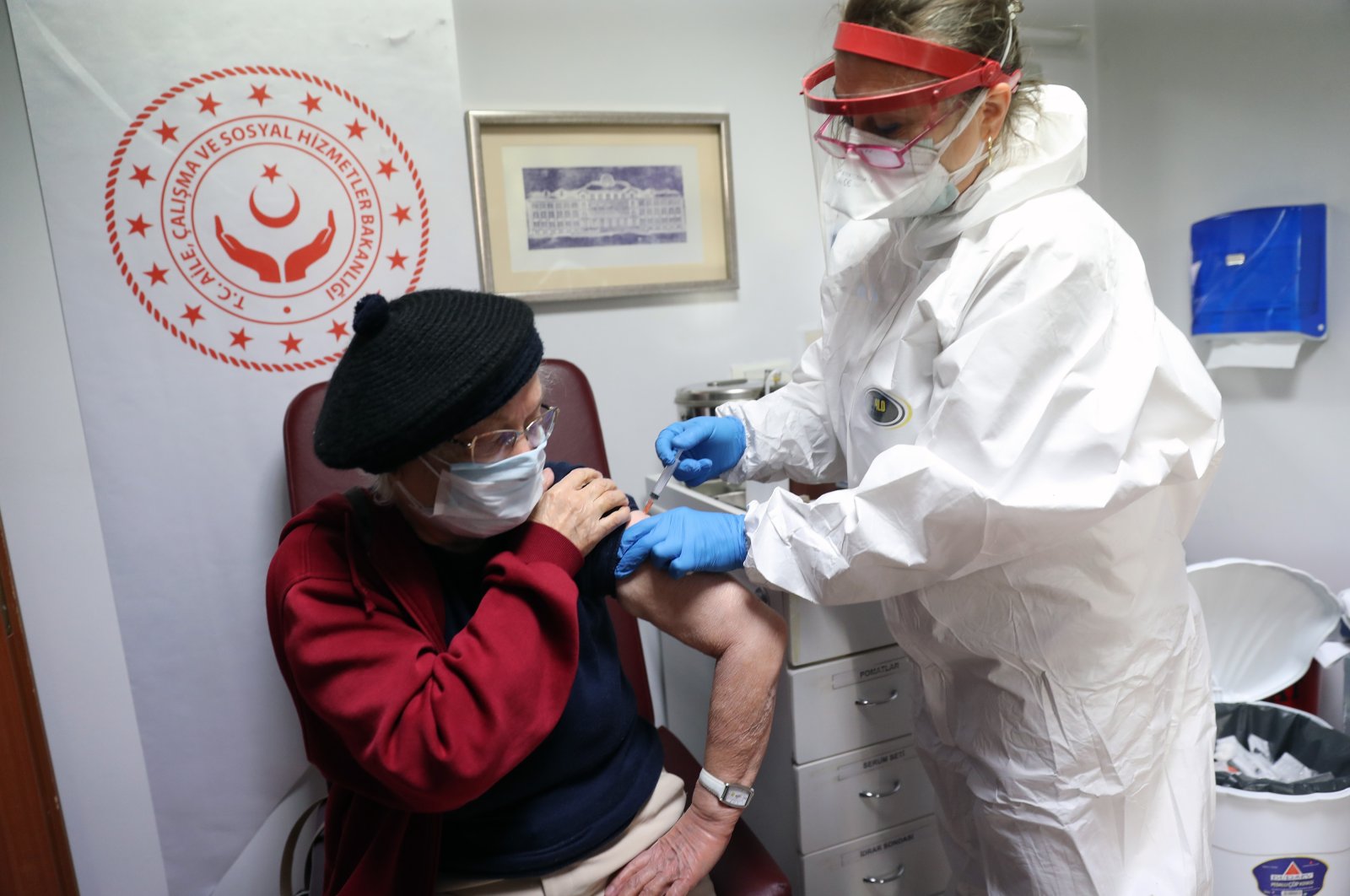 The nation marked seven days of mass inoculations on Wednesday with more than 1 million people receiving jabs, a figure experts call a success and one of the world's 'fastest' vaccination campaigns, according to Health Minister Koca

The coronavirus outbreak lingers in Turkey but the country is experiencing rapid success in its vaccination campaign. As of Wednesday, more than 1 million people had been inoculated against the disease that has claimed more than 24,000 lives since March.

More than 600,000 people were inoculated within the first two days of the vaccination program that started last week. Health care workers were the first to receive jabs. On Tuesday, nationwide vaccination began for more than 80,000 residents and staff of nursing homes, as well as nonagenarians unable to leave their homes.

The country has turned to CoronaVac, developed by China’s Sinovac, as its first option in mass inoculation. The vaccine had received emergency approval after the initial shipment of 3 million doses last month. Although the country seeks imports from other countries and companies and works on developing its own vaccine, the inactive vaccine was prioritized for its efficacy, which is over 90%.

On Tuesday, Health Minister Fahrettin Koca called Turkey's progress "one of the fastest in the world.” In comparison, France, whose population is roughly 20 million less than Turkey's 83 million, had vaccinated around 585,000 people by Tuesday, after starting its campaign on Dec. 28, according to Agence France-Presse (AFP). The vaccination process may further accelerate based on the timing of shipments of CoronaVac. The country has signed up for 50 million doses with Sinovac and plans to administer a second dose 28 days after the initial jab. In December, the country also reached a deal to purchase 4.5 million doses of the Pfizer-BioNTech vaccine by late March.

The Health Ministry drafted a road map long before the arrival of the vaccines and determined that health care workers would be the first to be inoculated, followed by senior citizens, specifically those with at least one chronic disease. People working in critical professions with a risk of infection will be vaccinated next. A later group will include employees of the Ministry of National Defense, including soldiers, Interior Ministry staff, including police officers enforcing coronavirus measures, and employees at prisons, bakeries, catering companies, food factories, water treatment plants and logistics companies. Next in line will be people above the age of 50 and those with a chronic disease. Other members of the public will be delivered shots gradually.

Professor Mustafa Necmi Ilhan, a member of the Health Ministry’s Coronavirus Scientific Advisory Board, told Anadolu Agency (AA) on Wednesday that the country’s experience with vaccination campaigns helped it to rapidly inoculate health care workers. “It managed to eliminate polio in 1998 and nearly eradicated smallpox in the early 2000s with its vaccination campaigns. It also considerably reduced the rate of preventive diseases,” he said.

“Though it started late compared to other countries, Turkey managed to make it onto the list of countries with the most doses administered, and the vaccination was most prevalent in terms of reaching out to people even in remote districts,” he said. Turkey's cold-chain infrastructure, required to store vaccines, also played a crucial role in swift and efficient vaccinations, winning global recognition.

The Health Ministry uses its nationwide Vaccine Tracking System (ATS) to monitor how many people have received vaccines and to monitor the status of the vaccines and whether they are stored properly. The system tags every dose of vaccine with a unique ID number and a QR code. In any case of contamination or other risk, authorities are able to identify the affected dose and withdraw it.

More than 70,000 health care staff are tasked with vaccinating people across the country, and the Health Ministry tracks the process moment by moment with instant data supplied from more than 10,000 locations and some 13,500 warehouses and storage units where the vaccines are kept. Using a computerized system, health care authorities can halt a vaccination immediately when risk appears as the smart system sends out an “alert.”

Tarkan Mustafa Yamanoğlu, an official at the Department of Preventable Diseases at the Health Ministry’s Directorate of Public Health, says the safety of the vaccines is key to maintaining the immunity they provide to society. Speaking to AA, Yamanoğlu said it took a strong infrastructure and qualified personnel to ensure it. “Thanks to our years of experience, we do not have any shortcomings in this field,” he said.

Every dose of vaccine is analyzed before leaving storage depots for delivery, aboard specially designed trucks with cold-chain logistics. “We have health care personnel aboard each truck, with the knowledge of cold chain,” Yamanoğlu noted.

ATS has been in use in the country since 2014 and gives authorities enough time to take measures in case of any risk, he said.

Though vaccinations are good news, the restrictions the outbreak has brought for millions may prevail, experts warn. In other words, it is still too early to ditch the protective masks and social distancing and too early to reopen busy places. Ateş Kara, a member of the Coronavirus Scientific Advisory Board, said at an event in Istanbul on Wednesday that “2022 will be a more comfortable year for us. ... Based on vaccination drives and how many people will achieve immunity, we may see a considerable drop (in the number of cases) in summer 2021, but 2022 might be definitely better,” he said.

Turkey has implemented strict measures since last autumn when the coronavirus cases saw a resurgence after a downward trend in the summer. It shut down schools, ordered the closure of restaurants, cafes and some other businesses, and later introduced nighttime curfews on weekdays and a 56-hour partial lockdown on weekends.

“Restrictions helped us to decrease the number of cases, but the outbreak still hurts us. We still have losses. Therefore, the restrictions may continue until we minimize the losses. Certainly, people will be more comfortable if we gradually lift restrictions but it is impossible to give an exact date of when the pandemic will end for now. The vaccine is the strongest weapon in our hands now against the outbreak,” Kara said.