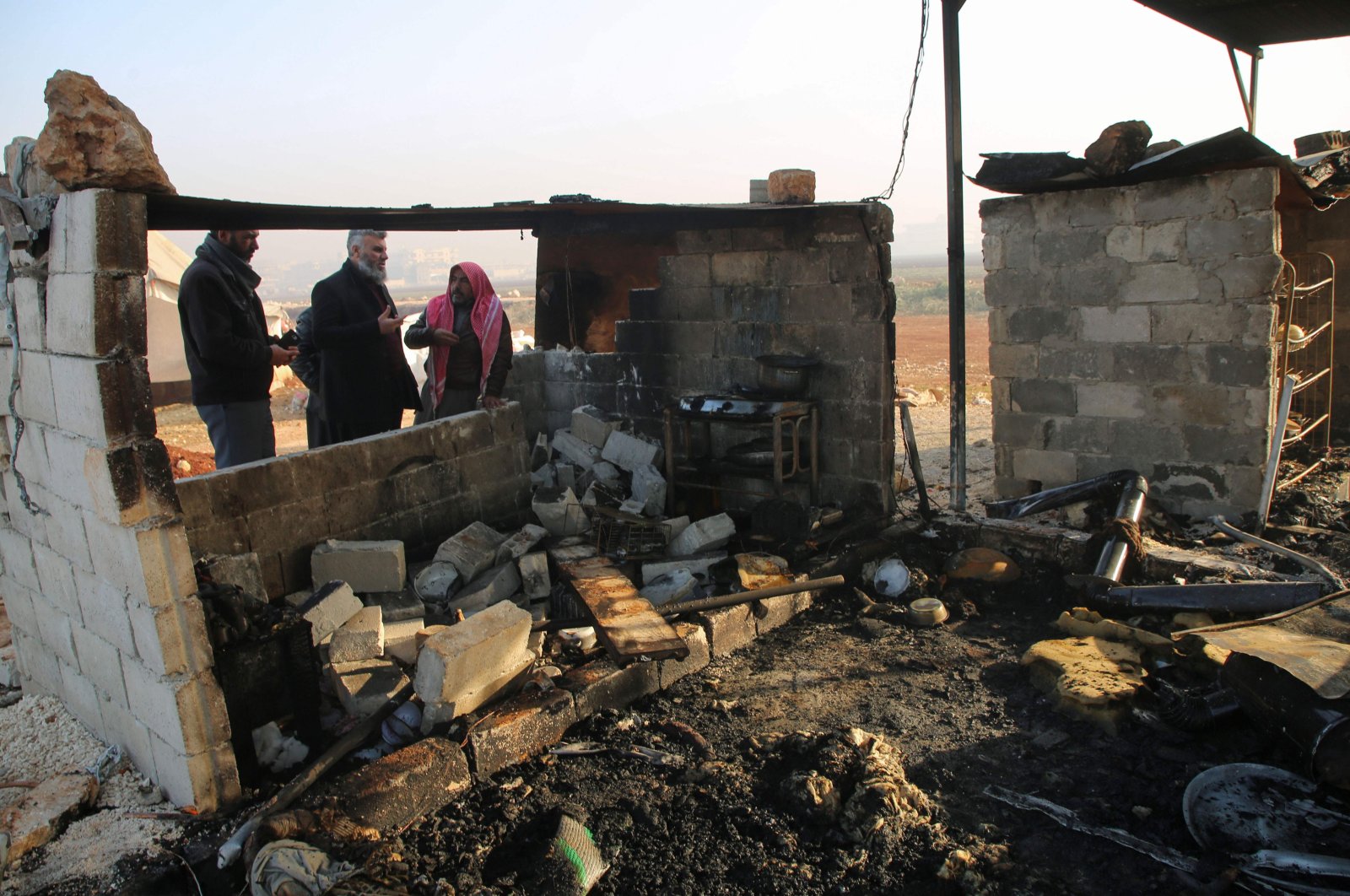 Displaced Syrians stand next to a ravaged tent, after a heating device caused a fire at a camp in the opposition-held town of Tal Karamah near the border with Turkey, in the northern countryside of Idlib, Syria, Jan. 11, 2021. (AFP Photo)
by DAILY SABAH WITH AA Jan 11, 2021 12:42 pm
RECOMMENDED

Journalists in war-torn Syria are routinely killed or injured while trying to document the crimes being committed by the Bashar Assad regime.

Abdulkadir Bekri, an independent journalist, started covering peaceful demonstrations in northwestern Syria’s Idlib province in 2011. Since then, he has witnessed bombings, the displacement of civilians and the ongoing suffering of Syria's citizens.

Bekri said he was hospitalized after covering a regime chemical attack in Khan Sheikhoun, one of the largest and most populated towns on the southern edge of Idlib, in April 2017.

"We went to the scene to document the attack ... it was sarin gas, and even standing for six seconds at the scene was unbearable," he told Anadolu Agency (AA). "First my friend Abed Kantar was affected. After I took him to the hospital, I was also taken ill, and remained unconscious in intensive care for two days. My family told me I had continuous seizures."

He said that those working in the media trying to document the situation on the ground are subject to threats and sometimes even killed, but added that he will continue to expose the regime's actions even if it costs him his life.

Saif Abdullah, a freelance journalist in the city of Hama near Idlib, said many journalists were targeted and detained at the beginning of the civil war.

Abdullah said they were bombarded in 2017, in an attack that injured his leg. "Our friend Abu Yazid died. I and three of my other friends were injured," he said. "The injury negatively affected both my professional and personal life."

Syria’s conflict has killed more than 370,000 people and displaced millions at home and abroad. It was triggered by the brutal repression of anti-regime protests in 2011.

At least 709 media workers have been killed in Syria since March 2011, 551 of whom were killed at the hands of regime forces, according to the Syrian Network for Human Rights (SNHR). Nine of those who died were foreign members of the press.

At least 1,571 media workers have been injured in the line of duty during this time.

Of the 1,183 media workers detained, 427 are still awaiting release. Four journalists associated with AA have also lost their lives.