Kılıçdaroğlu reelected as only candidate in CHP chairmanship race 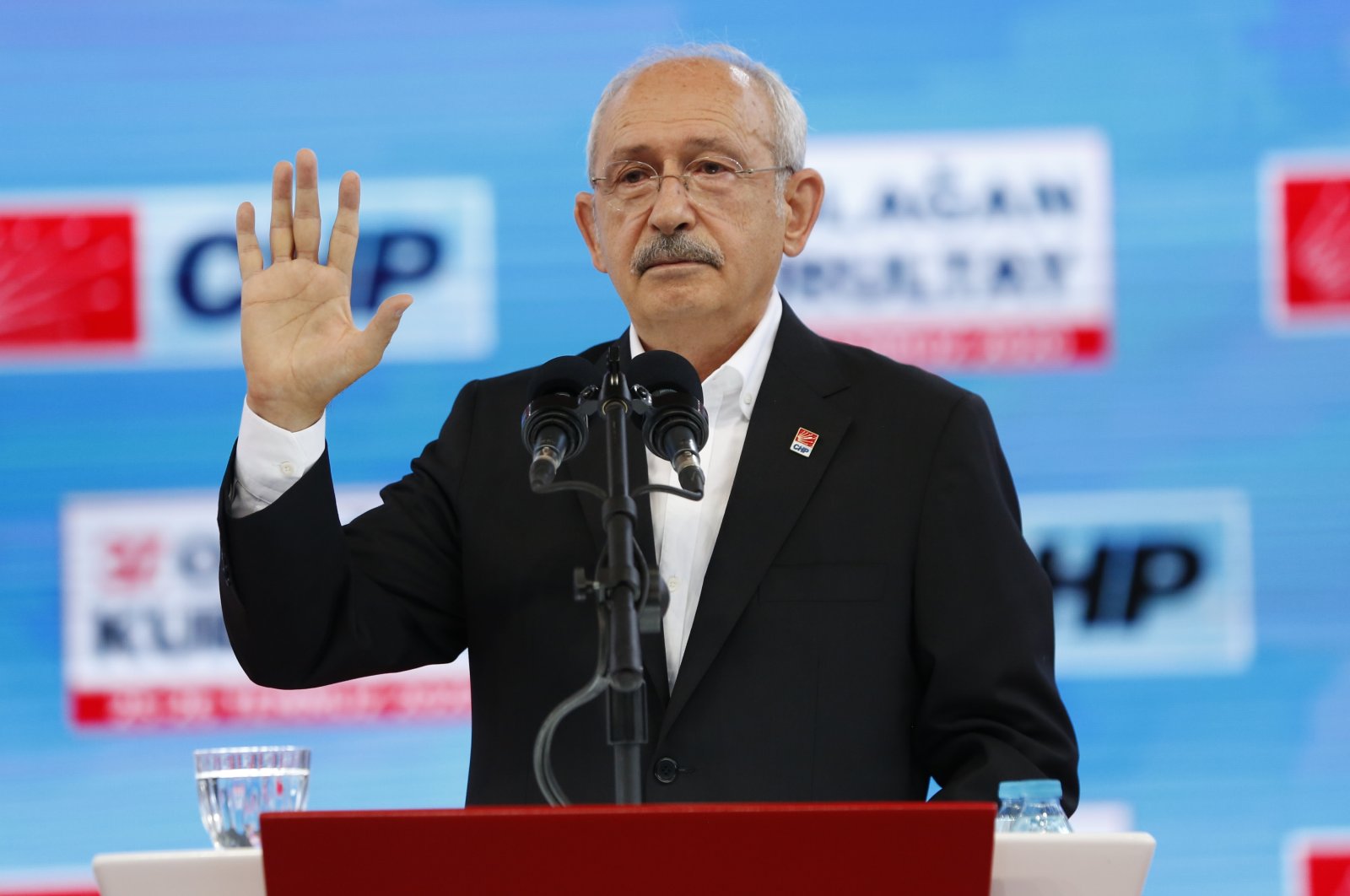 The party's 37th general congress saw Kılıçdaroğlu, the only candidate in the race following the earlier pullout of rivals, a total of 1,251 valid and 67 invalid votes.

On the first day of the congress, the delegates elected the party chairman. They will vote to elect 60 members of the party's assembly on Sunday.

During the congress, Özlem Çerçioğlu, mayor of the metropolitan municipality in the western Aydın province, was elected the council chairperson of the party.

The other three possible candidates for the party chairmanship, namely Aytuğ Atıcı, Tolga Yarman and Ilhan Cihaner, could not get the required number of signatures to be official candidates in the race.

Dissidents have long criticized Kılıçdaroğlu for pursuing a low-profile and weak opposition against the government and undermining the CHP’s fundamental republican values. Prominent figures have also slammed Kılıçdaroğlu for failing to step down even though he has not won an election in almost a decade.

The last ordinary meeting was held between Feb. 3-4, 2018, with Kılıçdaroğlu elected as chairman for the fourth time. Kılıçdaroğlu then was rivaled by Muharrem Ince, CHP’s Yalova deputy, and won with 790 votes, while Ince only gathered 447.

Ince, who went on to run for the CHP in the 2018 presidential elections and fared better than his party with 30% of the votes, has been especially critical of Kılıçdaroğlu and has reiterated that the party needs a fresh start, frequently voicing that the CHP will not be able to engage in ethical politics in Turkey if the party does not break its chains and start a cleansing process.

Kılıçdaroğlu has been serving as the chairman of CHP since 2010. He took the office at the 33rd regular congress, held after the resignation of Deniz Baykal, the former chair.