35 personnel, 9 deputies of Turkish Parliament being treated for coronavirus 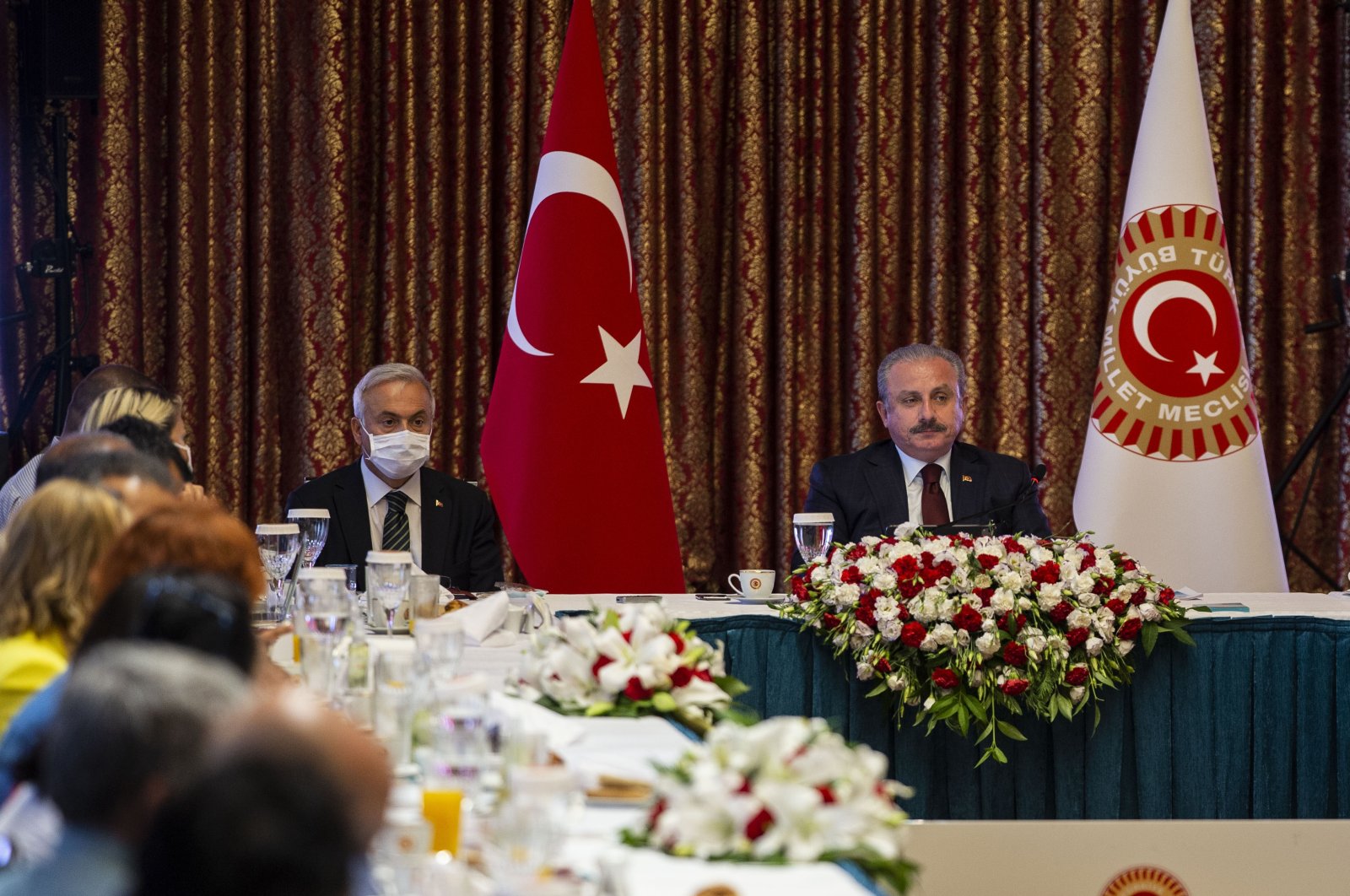 As the coronavirus pandemic maintains its grip on the world, Turkey continues its determined fight against the disease. The COVID-19 outbreak has also taken its toll on the Turkish Parliament as at least 35 staff and 9 deputies have tested positive

Şentop also said that five of the deputies who tested positive are receiving their treatments in hospitals while the rest are in self-isolation at home.

"Thus, the total number of positive cases in Parliament stands at 44," Şentop concluded, without naming which deputies have tested positive so far, but some of them announced the test results themselves.

Previously, it was announced that three deputies from the Peoples’ Democratic Party (HDP) were infected with the coronavirus.

"It was discerned after initial tests that three of our lawmakers had been infected. The lawmakers are under the doctor's control and are improving," the party stated.

The names of the infected HDP lawmakers were later disclosed as Mensur Işık, Pero Dündar and Nuran Imir. Işık recently came under the spotlight for alleged domestic violence against his wife and now faces dismissal from the party.

Later on, the ruling Justice and Development Party (AK Party) announced that one of its deputies has tested positive for the novel coronavirus.

He added that his general health is well.

Previously, AK Party deputy Vedat Demiröz was also infected by the virus and has since recovered.

Ahmet Salih Dal, who is from the southern province of Kilis, announced that he tested positive for the virus. In a statement on social media, Dal said he has been taking necessary measures to keep his distance from others via self-quarantine since he tested positive. He also ensured that his health condition is improving.

In a written statement, Hüseyin Şanverdi, an AK Party deputy from southern Hatay province, said he is receiving care in the state hospital for COVID-19. "Thank God, I do not feel the severe symptoms of the virus that will negatively affect my health," Şanverdi said.

Şanverdi was among the people who attended the reopening of Istanbul's iconic Hagia Sophia Grand Mosque last week. He denied allegations that the rules of wearing a protective mask and social distancing were not followed.

"Everyone accepted into the Hagia Sophia Grand Mosque had tested negative for COVID-19. The implementation of the measures was at the highest level," he added.

Because of the coronavirus pandemic, the Turkish Parliament has been working under "new norms" including enhanced hygiene measures, use of masks and social distancing.

When the outbreak started in Turkey, the Turkish Parliament barred visitors through March 31 as a precaution against the spread of the coronavirus.

The Parliament also does not accept any visitors for the weekly parliamentary group meetings.

Turkey switched to a new phase in the fight against the pandemic in June, launching a "normalization" process. Most restrictions related to the virus were lifted, but the country started enforcing strict measures in this "new normal" with fines and repeated warnings for those violating the rules, like wearing protective masks and heeding social distancing and personal hygiene.

Turkey has carried out almost 5 million COVID-19 tests so far.

Citing ministry data, Health Minister Fahrettin Koca said Wednesday that the country had confirmed 994 more recoveries from the novel coronavirus over the last 24 hours, bringing the tally to 218,491.

The country's death toll from the disease rose to 5,765, with 18 new fatalities over the past 24 hours. Health care professionals have performed 46,249 tests over the past day, raising the tally to over 4.97 million.

The coronavirus pandemic has claimed more than 695,550 lives in 188 countries and regions since it originated in China last December.

The U.S., Brazil, India and Russia are currently the worst-hit countries in the world.

More than 18.3 million COVID-19 cases have been reported worldwide, with recoveries exceeding 10.9 million, according to figures compiled by the U.S.-based Johns Hopkins University.