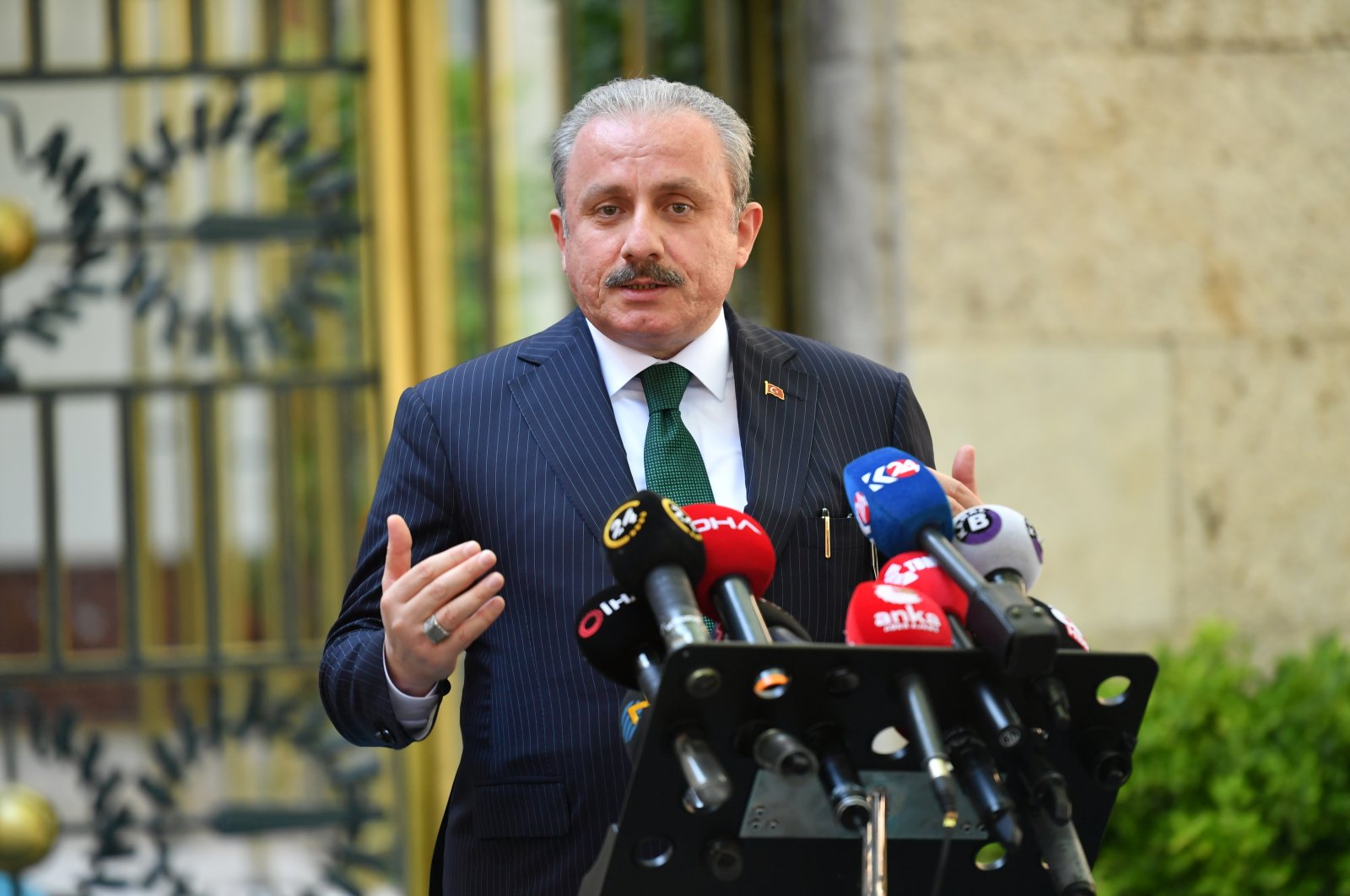 Parliamentary Speaker Mustafa Şentop said Wednesday that 41 staff working at the Turkish Grand National Assembly (TBMM) are being treated for coronavirus at home.

“Since March, 276 people in Parliament have been diagnosed, all of who have recovered except those 41 people whose treatment is ongoing,” he said, adding: “A 34-year-old friend of ours has succumbed to the disease.”

Şentop added that 15 deputies had tested positive for the COVID-19 so far but had recovered.

“We began imposing precautions starting in March,” he said, referring to when Turkey registered the first confirmed infections.

Şentop added that the Turkish Parliament had drawn between 8,000 to 10,000 visitors daily before the pandemic – and that this figure could jump up to 20,000 on busy days, explaining: “This is why our precautions are very important in curbing the disease."

“We need to have limitations for visiting the Parliament,” Şentop added.

The new legislative year in Turkey is set to kick off Thursday, and so, Şentop said, emphasis ought to be placed on obeying the rules of hygiene and social distancing in and out of the Parliament as sessions loom.

“It won’t be obligatory, but we advise our deputies to get tested for coronavirus before coming,” he said.

Şentop concluded by saying that the General Assembly’s ventilation system had been upgraded to ensure only clean air would be circulated inside.

Later in the day, a statement was released from the General Secretariat of the Parliament, which announced a new ban on visitors.

According to the statement, visits to the Parliament on the days when the General Assembly convenes will be banned Oct. 1-31.

When the outbreak started in Turkey, Parliament barred visitors through March 31 as a precaution against the spread.

Parliament also will not accept any visitors for weekly parliamentary group meetings.

Turkey switched to a new phase in the fight against the pandemic in June, launching a "normalization" process by which most restrictions were lifted in lieu of regulations constituting a "new normal."

Measures have been enforced with fines and repeated warnings for those violating the rules, such as not wearing protective masks and heeding social distancing or ensuring personal hygiene.