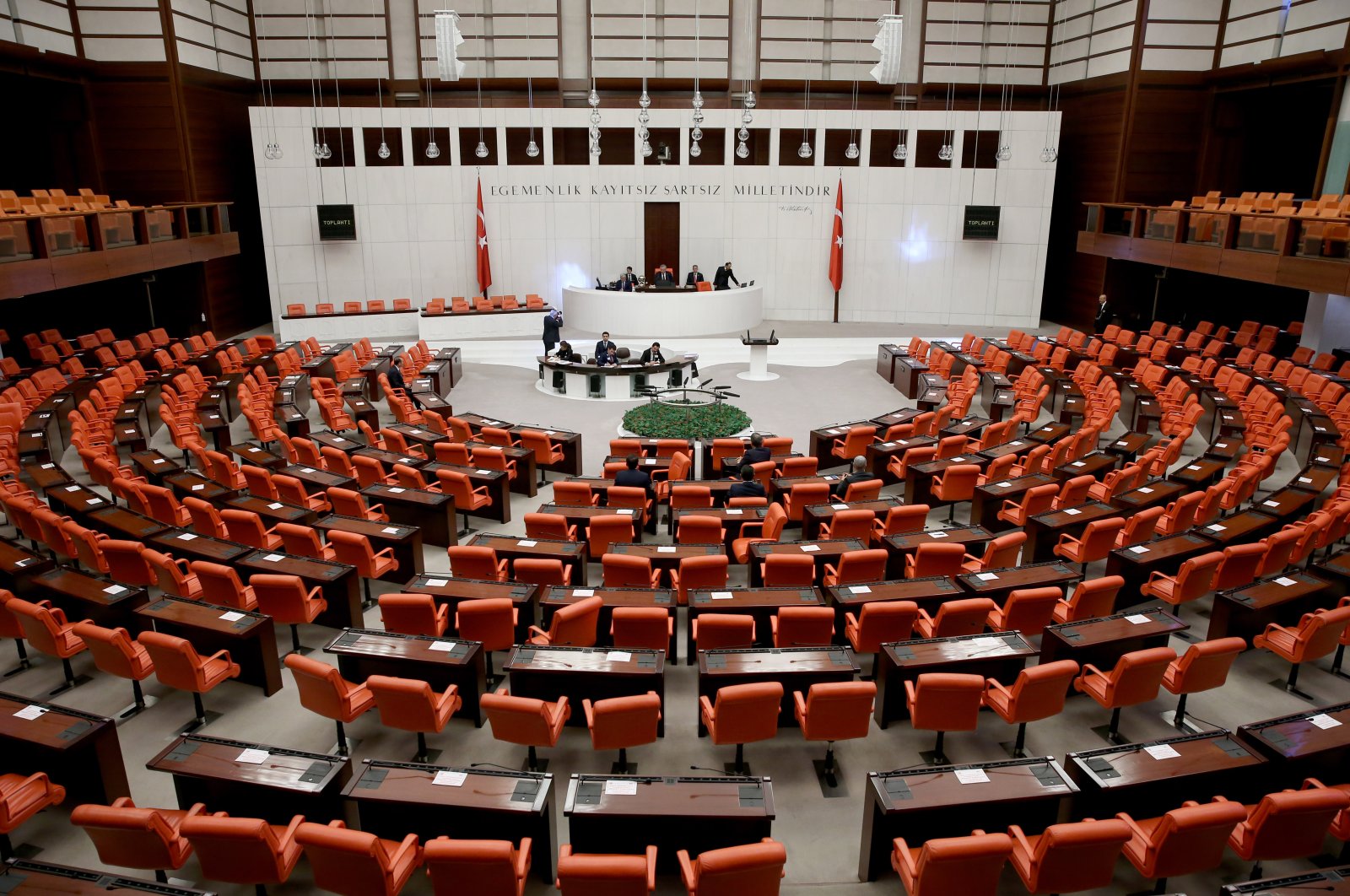 Ruling Justice and Development Party (AK Party) lawmakers will have the opportunity to work part-time or have flexible working hours during the fight against the coronavirus outbreak in Turkey.

According to a statement from party headquarters, lawmakers will start the flexible working schedule on Monday.

A short and balanced working program has been prepared for the 80 deputies who will take part in the General Assembly sessions and parliamentary commissions, while the rest of the lawmakers are urged to stay home and follow public health guidelines prepared by the Health Ministry.

Turkish political parties and the Parliament have taken a series of precautions to prevent the spread of the pandemic.

Politicians currently opt for teleconference meetings rather than face-to-face meetings and avoid handshakes, keeping a personal distance of at least 1 meter (3.3 feet), per the advice of health experts.

Minimum numbers of lawmakers will continue to hold debates on the economic omnibus bill in Parliament. Amendments, in line with President Recep Tayyip Erdoğan's recommendations, may be made to the bill later, according to sources.

As Ankara increased its measures to curb the outbreak, the Interior Ministry ordered a nationwide closure of almost all social gathering places, including cafes, cinemas, gyms and wedding halls. The ministry earlier ordered all bars, discos and nightclubs in all provinces to be closed down as well. The country’s top religious authority, the Presidency of Religious Affairs (DİB), announced a ban on prayer gatherings, including Friday prayers, while leaving mosques open to people who want to perform daily prayers.

In recent weeks, Turkey has closed most public spaces, schools and universities, and restricted public transport. It also imposed a 24-hour curfew for people aged 65 or over as well as for those with chronic illnesses. In Istanbul, people aged 65 or over with limited financial means will receive food packages at their homes, Gov. Ali Yerlikaya said Friday. The campaign, starting on Monday, covers nearly 50,000 people and will last for six weeks.

Stalls at local bazaars and marketplaces have to keep at least 3 meters of separation and are not allowed to sell nonessential items, such as clothing, the Interior Ministry announced late Thursday. Food can only be sold in packages.

In some cities and towns, police officers at checkpoints have started thermal screening of people arriving from out of town. In a bid to raise awareness, traffic lights in most cities now flash messages urging people to stay home.