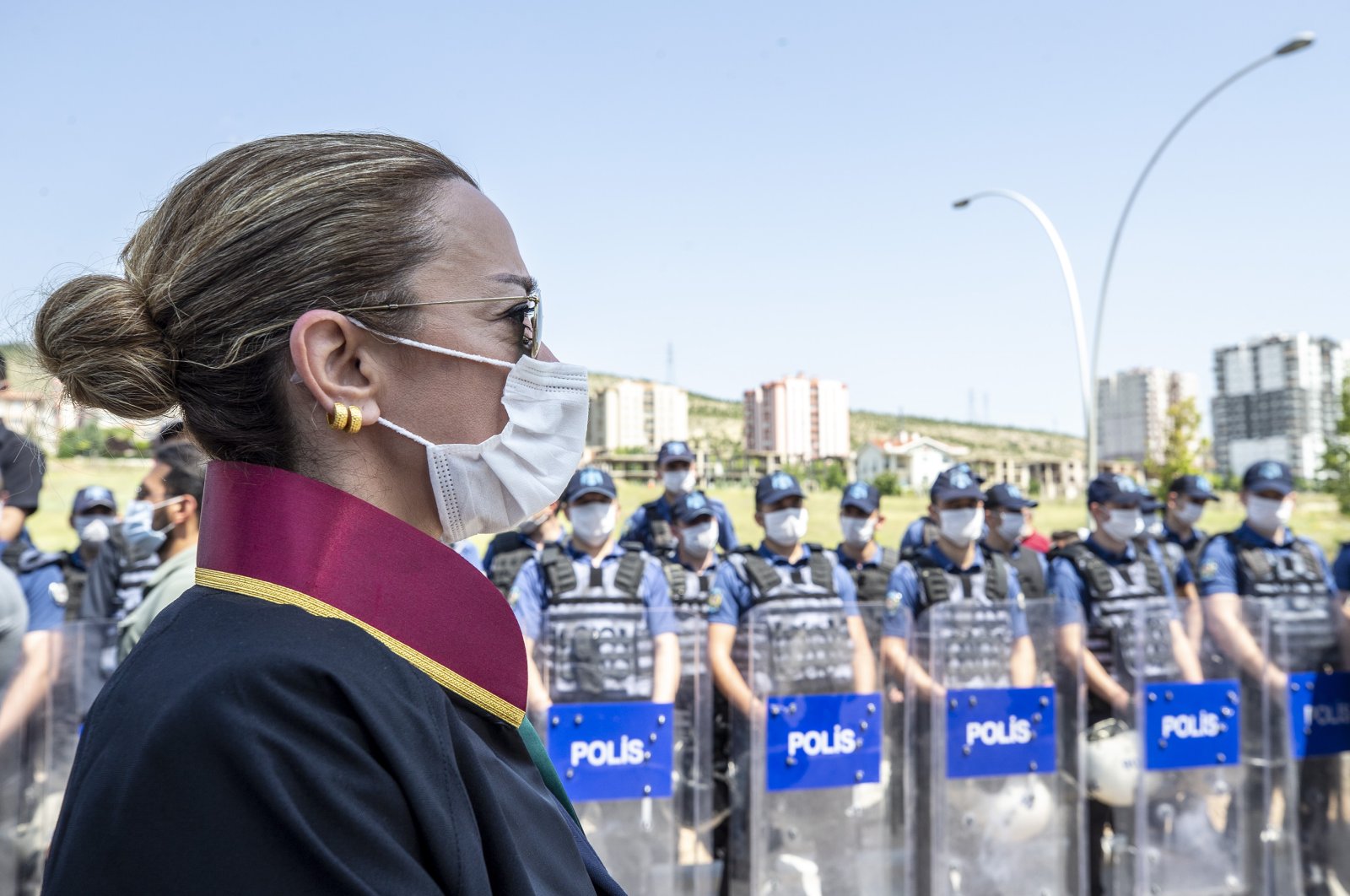 The ruling Justice and Development Party (AK Party) on Wednesday will visit a group of deputy chairs from the main opposition Republican People's Party (CHP), Good Party (IP) and the People's Democratic Party (HDP) to discuss proposed changes to the bar association system and hear their suggestions and criticism.

The visit comes after several bar associations on Friday called for a march toward the capital province to protest the government's work to change the multiple bar association system. The call for protest was answered by 29 associations, all of which launched a symbolic on-foot journey of about 20 kilometers (12.4 miles) a day from their respective provinces. The long march ended Monday at the entrance to Ankara where security forces prevented the lawyers, marching under the slogan "Defense Marches," from entering the capital. The march quickly turned into a sit-in protest following the intervention. The police said the marchers did not have a permit and were violating social-distancing rules.

Later, the march was allowed to visit Anıtkabir, the mausoleum of the country's founder Mustafa Kemal Atatürk.

According to the AK Party, there is no point in adopting such a strong stance against a proposal of which even the contents are not yet clear.

The leader of Turkey's main opposition party on Tuesday objected to the possible splitting of bar associations in the country if changes to the law governing public professional groups pass.

Speaking to CHP lawmakers in Parliament, Kemal Kılıçdaroğlu underlined that bar associations were legally considered public entities according to the country's constitution.

Similarly, Meral Akşener, leader of IP, said that under the proposed changes each provincial bar could be split up into various groups.

Praising the bar heads for defending an independent judiciary, Akşener added: "We will surely see a Turkey where the rule of law, independence of the judiciary and justice exist for everyone."