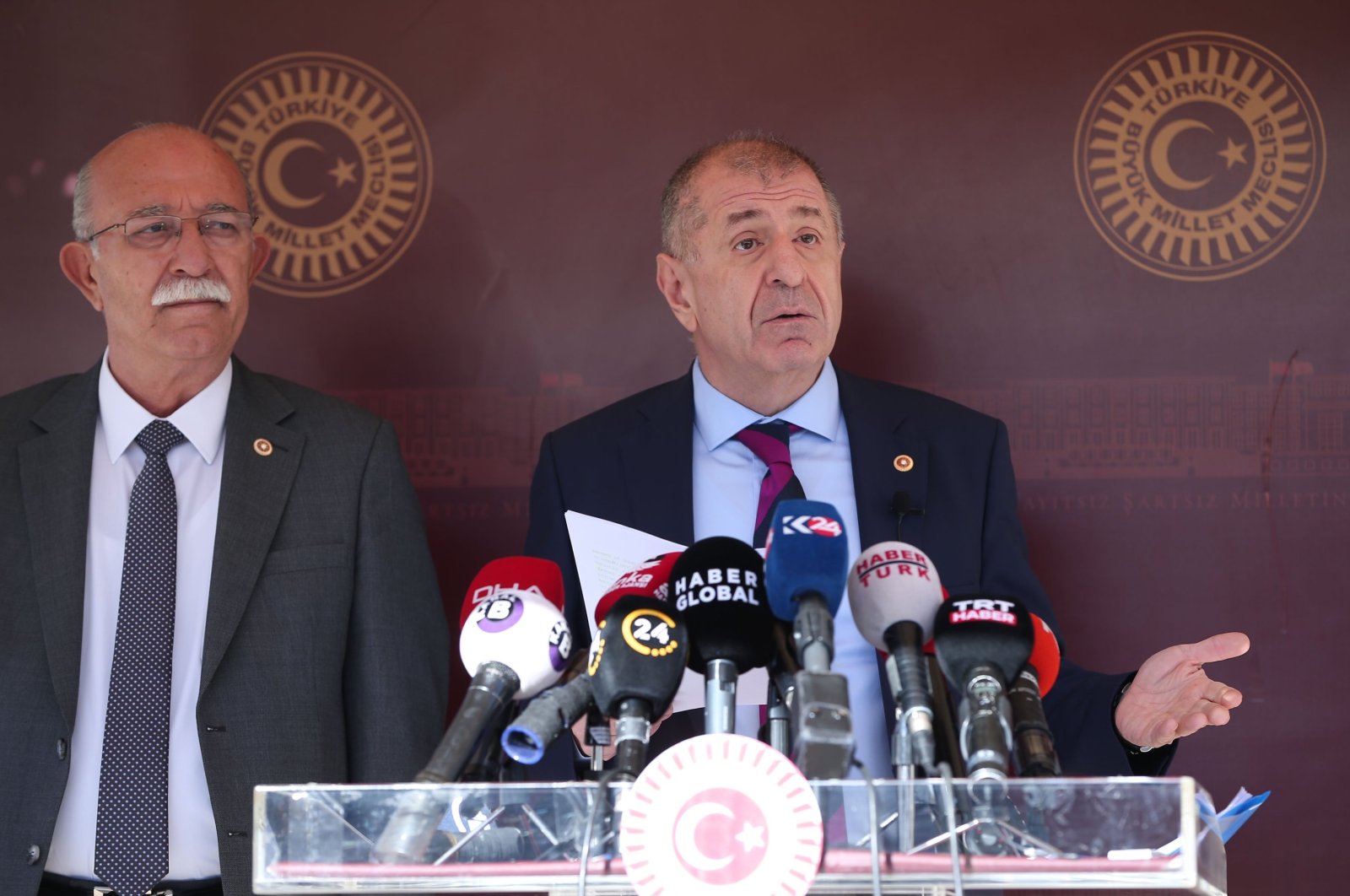 The Ankara Civil Court of First Instance reversed the decision to dismiss Istanbul Deputy Ümit Özdağ from the Good Party (IP) on Wednesday.

Özdağ’s lawyer Uğur Tarhan said his client was referred to the disciplinary board by the party’s general secretariat in violation of the code of conduct, arguing that only the party's head or general administrative board have the authority to do so.

Tarhan indicated that the statements by IP Chairperson Meral Akşener and Ankara deputy Koray Aydın had been used as justification but highlighted that the board did not have the authority to make the call.

On the other hand, the defending IP's lawyer, Mustafa Tolga Öztürk, said Özdağ had been referred to the board by the chairperson's office rather than the general secretariat and demanded the case be thrown out.

Özdağ was dismissed from the party on Nov. 16 last year after claiming that the party’s Istanbul Chairperson Buğra Kavuncu had links to the Gülenist Terror Group (FETÖ), the group responsible for the July 15, 2016, coup attempt and infiltration of Turkish state institutions.

Özdağ, who was dismissed upon the disciplinary board’s decision, had filed a suit for the revocation of the decision.