Doors open to all for new Constitution in Turkey, Erdoğan says 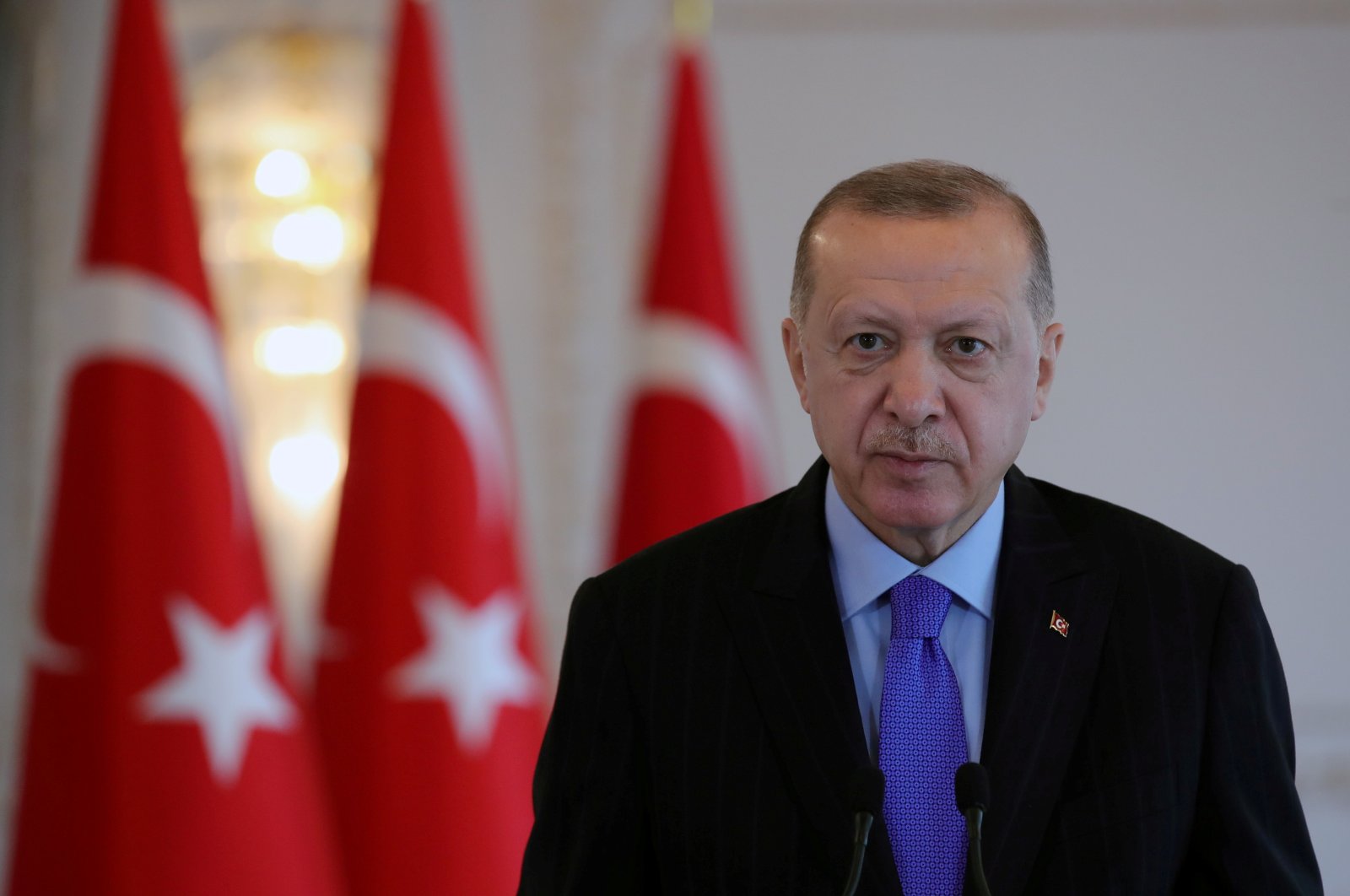 The doors are open for all political parties to contribute to Constitutional reform, President Recep Tayyip Erdoğan said on Wednesday as he welcomed the Nationalist Movement Party (MHP) Chairperson Devlet Bahçeli's support for the initiative.

"Our doors and hearts are open to everyone who will stand beside us in our struggle to turn the opportunity into victory," Erdoğan told supporters during the Justice and Development Party's (AK Party) congress in Artvin province via video link from the party's headquarters in the capital Ankara. The president continued by saying that the ruling party would like to see everyone who wants to contribute to the process, rather than sabotaging it, take an active role in the revision process.

Erdoğan argued that working on a civilian Constitution in replacement of the existing one would broaden Turkey's horizons and contribute to the country's existing achievements.

The president noted that he welcomed Bahçeli's remarks and positive framework regarding the reforms.

MHP Chairperson Devlet Bahçeli said in a written statement that Turkey is "obligated" to replace its current Constitution.

This came a day after Erdoğan said it was time for the country to discuss the issue, vowing that the AK Party would push for a new Constitution if it reached a consensus with the MHP.

Reasserting his party's commitment to its alliance with the AK Party, Bahçeli underlined in his statement that the country's Constitution in its present form was the "product of extraordinary conditions."

Turkey's current Constitution was drafted following the Sept. 12, 1980, coup d'etat, and it still features elements of putschist influence despite a number of amendments having been made to subdue it.

AK Party wants Turkey to have a civilian-drafted Constitution by 2023, coinciding with the centenary of the foundation of the Republic of Turkey.

Dismissing speculation about switching to the parliamentary system, Erdoğan said the new Constitution would be formed in line with the presidential system of government, which was approved in a referendum.

On April 16, 2017, Turkey held a referendum during which the majority of voters decided in favor of an 18-article bill to switch from a parliamentary to a presidential system.