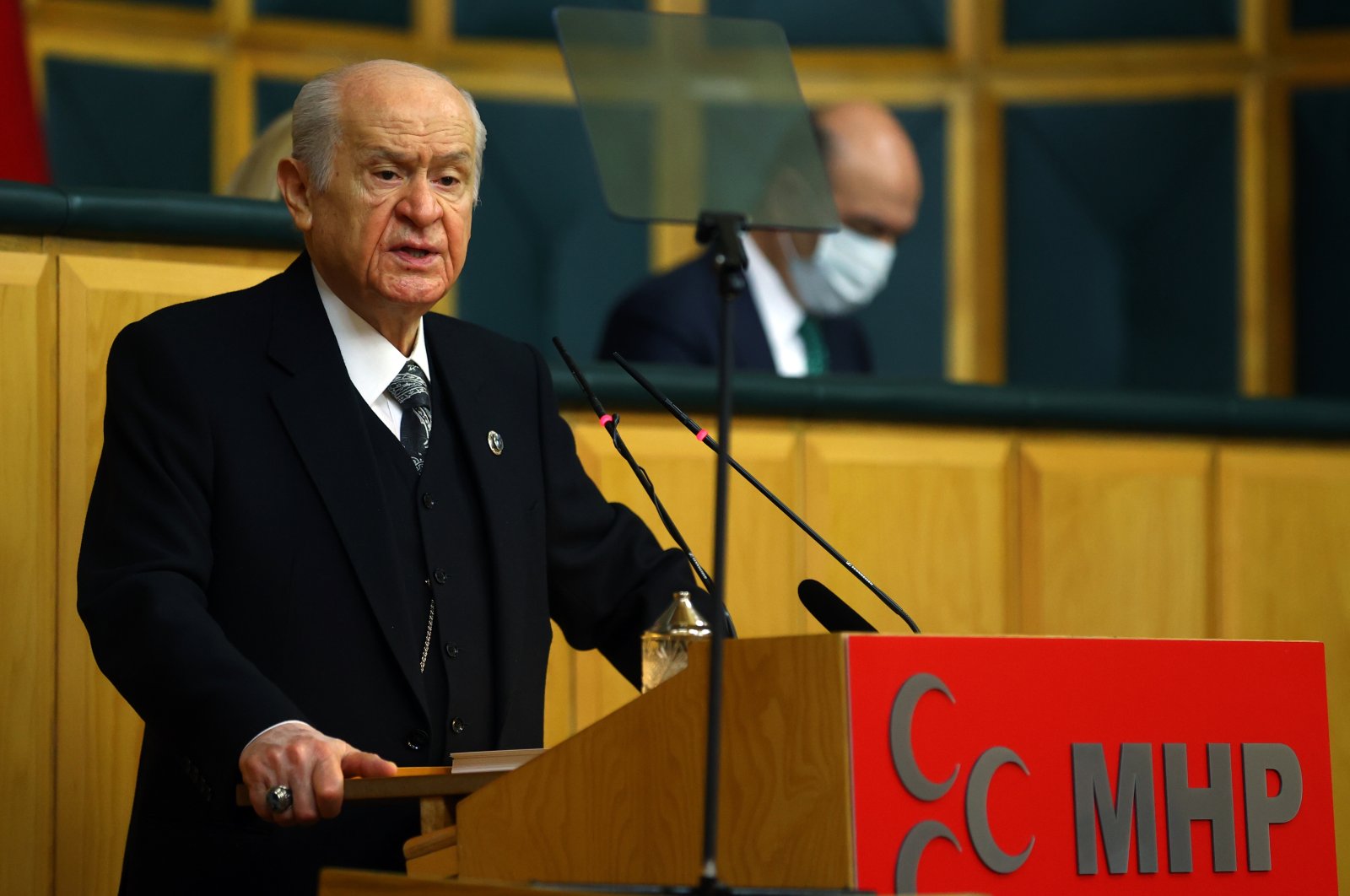 The Nationalist Movement Party (MHP) pledged to support the ruling Justice and Development Party's (AK Party) plans to draft a new Constitution, a statement by the party leader said Tuesday.

MHP Chairperson Devlet Bahçeli said in a written statement that Turkey is "obligated" to replace its current Constitution.

This came a day after President Recep Tayyip Erdoğan said it was time for the country to discuss the issue, vowing that the AK Party would push for a new Constitution if it reached a consensus with the MHP.

Reasserting his party's commitment to its alliance with the AK Party, Bahçeli underlined in his statement that the country's Constitution in its present form was the "product of extraordinary conditions."

Turkey's current Constitution was drafted following the Sept. 12, 1980, coup d'etat and it still features elements of putschist influence despite a number of amendments having been made to subdue it.

Erdoğan wants Turkey to have a civilian-drafted Constitution by 2023, coinciding with the centenary of the foundation of the Republic of Turkey.

In doing so, the president will also test whether the opposition has been sincere in its calls for democratization and refining the Constitution, revealing their true stance on the matter.

“We have been through difficult days as a country, and we have now returned to our actual order of the day. We have the opportunity to replace the putschist-made, pseudo-democratic Constitution with a civilian and democratic one,” AK Party Deputy Chairperson Hamza Dağ told Sabah daily, adding that it would also be a test of the sincerity of the opposition.