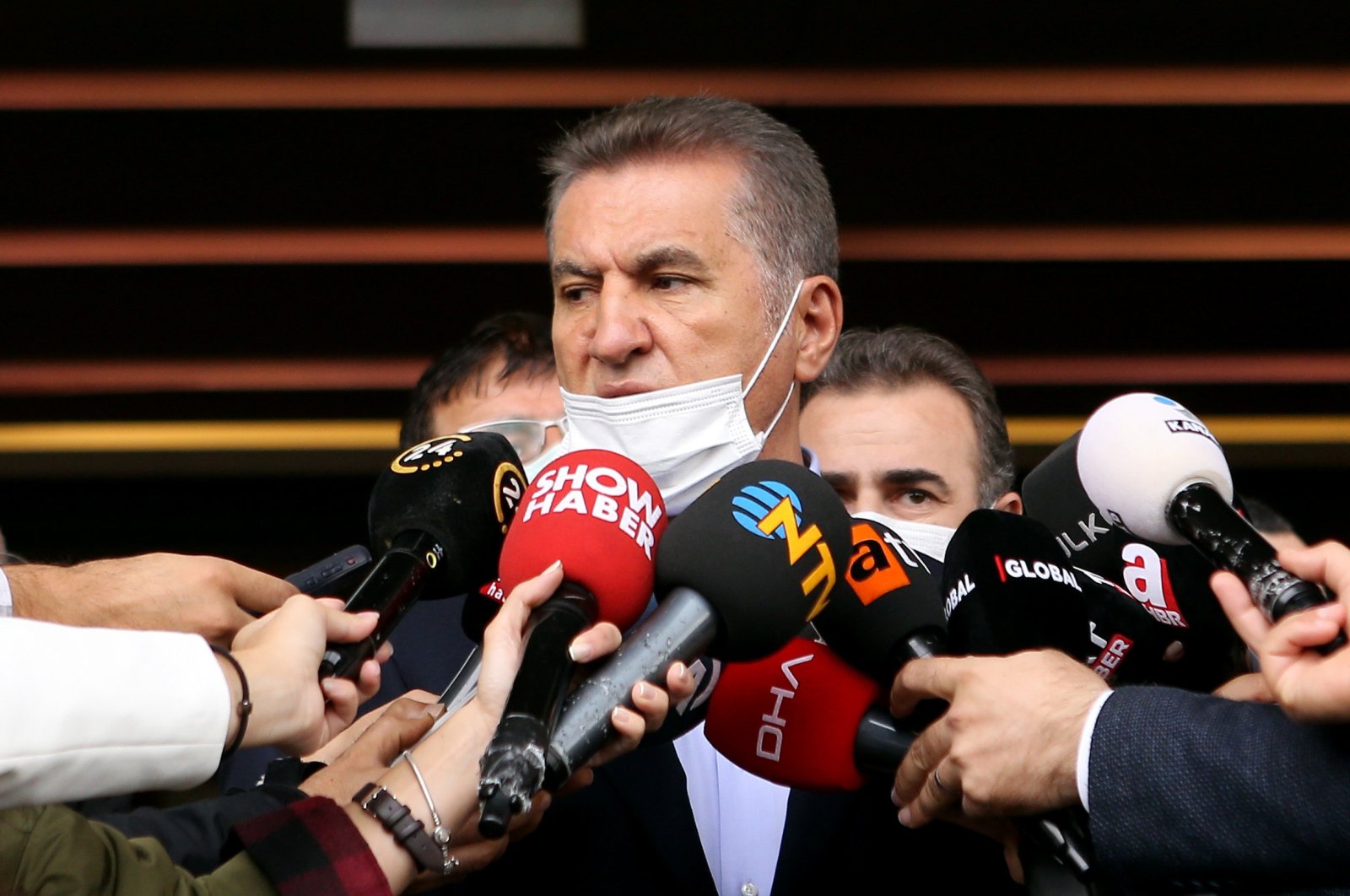 Mustafa Sarıgül, the former mayor of Istanbul’s Şişli district and the chairperson of the Movement for Change in Turkey (TDH), said that he will submit a petition to officially form a party on Dec. 20, Anadolu Agency (AA) reported Thursday.

In a meeting with movement founders and organizers at a hotel in Istanbul, Sarıgül said he will submit a petition to the Interior Ministry to form his party on Dec. 20, which marks the International Human Solidarity Day.

He argued that the government has been damaged and the opposition parties fall short of giving any hope to electorates to find solutions to the ongoing problems.

“The citizens are stuck between the government’s pressure and the opposition’s nonconciliatory stance,” Sarıgül said, adding that Turkey needs a fundamental change.

The party’s official name, logo and details on its identity will be revealed on Dec. 17, according to Sarıgül.

The TDH held its first meeting in the capital Ankara on Nov. 17, in which they discussed the party program, principles and the road map that they will follow.

Formerly a member of the CHP, Sarıgül resigned twice from the party, with the latest resignation taking place in January 2019.

"I am offended by the administration of the CHP. I am reacting to their indecision, nontransparency and disloyalty," Sarıgül said in the letter, adding that he was announcing his resignation with "regret."

Sarıgül was the mayor of Şişli, one of Istanbul's commercial centers, between 1999 and 2014. In 2004, he resigned from the party after a dispute with former CHP leader and Antalya deputy Deniz Baykal and continued his political career as an independent until he joined the Democratic Left Party (DSP) in 2008. The rivalry with Baykal flared up again when Sarıgül was nominated as CHP's Istanbul Metropolitan Municipality candidate for the local elections at the time.