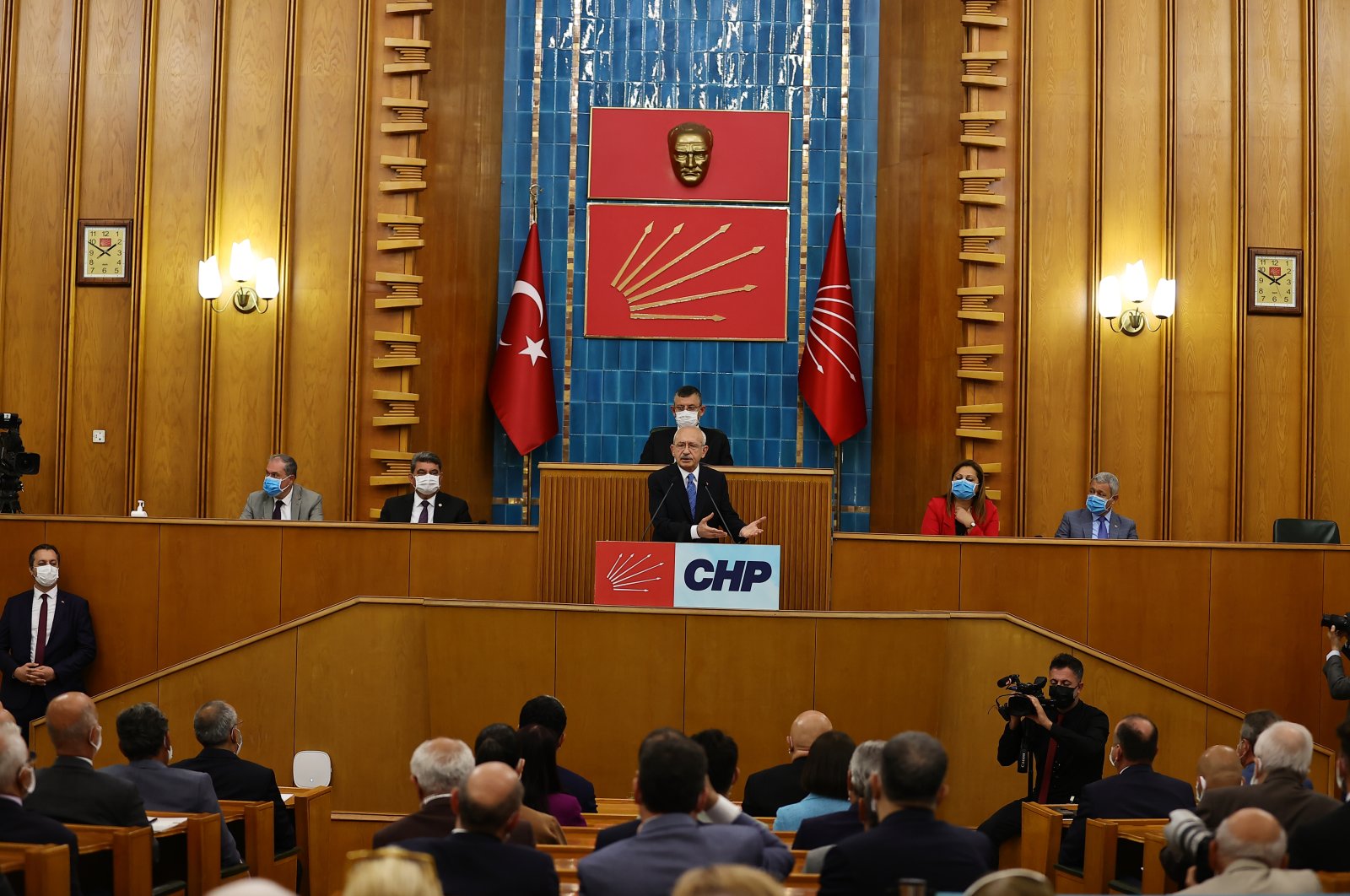 The main opposition Republican People's Party (CHP) is finalizing its work toward a "strengthened parliamentary system" and is expected to present a draft proposal to party members this week.

The party meeting is expected to be held on Wednesday in Parliament and led by CHP Chair Kemal Kılıçdaroğlu.

According to information obtained by Anadolu Agency (AA), the meeting will begin with Kılıçdaroğlu's presentation on strengthening the parliamentary system, followed by a presentation by Deputy Chair Muharrem Erkek. After Erkek's presentation, members will discuss the proposal, offering suggestions and criticisms, which will be finalized and submitted for approval by members. CHP's proposal will later be shared with the Nation Alliance parties, including the opposition Good Party (IP).

In the CHP draft proposal, the following headlines stand out: "a strong Parliament and a strong prime minister," "full independence and impartiality of the judiciary," "the principle of equal representation between the genders," "merit in the admission and appointment of judges and prosecutors" and "sharing the power of the Supreme Court between the Constitutional Court and the Court of Appeal."

It also recommended introducing a "people's veto" system, in which the public will be asked its opinion before certain laws are passed in the Parliament to ensure public participation in law-making, and activating legislative commissions on the basis of the principle of expertise.

The proposal also suggests abolishing the "president with a party" practice and limiting the powers of the president. The president's authority to renew the parliamentary elections is regulated as a limited authority subject to certain conditions.

It has been more than four years since Turkey switched from a parliamentary system to the current presidential system after the majority of Turkish voters opted to create the new system. Turkish voters narrowly endorsed an executive presidency in the April 16, 2017 referendum with 51.4% of the votes in favor. The official transition to the new system took place when President Recep Tayyip Erdoğan took the presidential oath of office in Parliament after the June 24, 2018, general elections, during which he won 52.6% of the votes.

The next presidential and general elections are planned to be held in 2023.