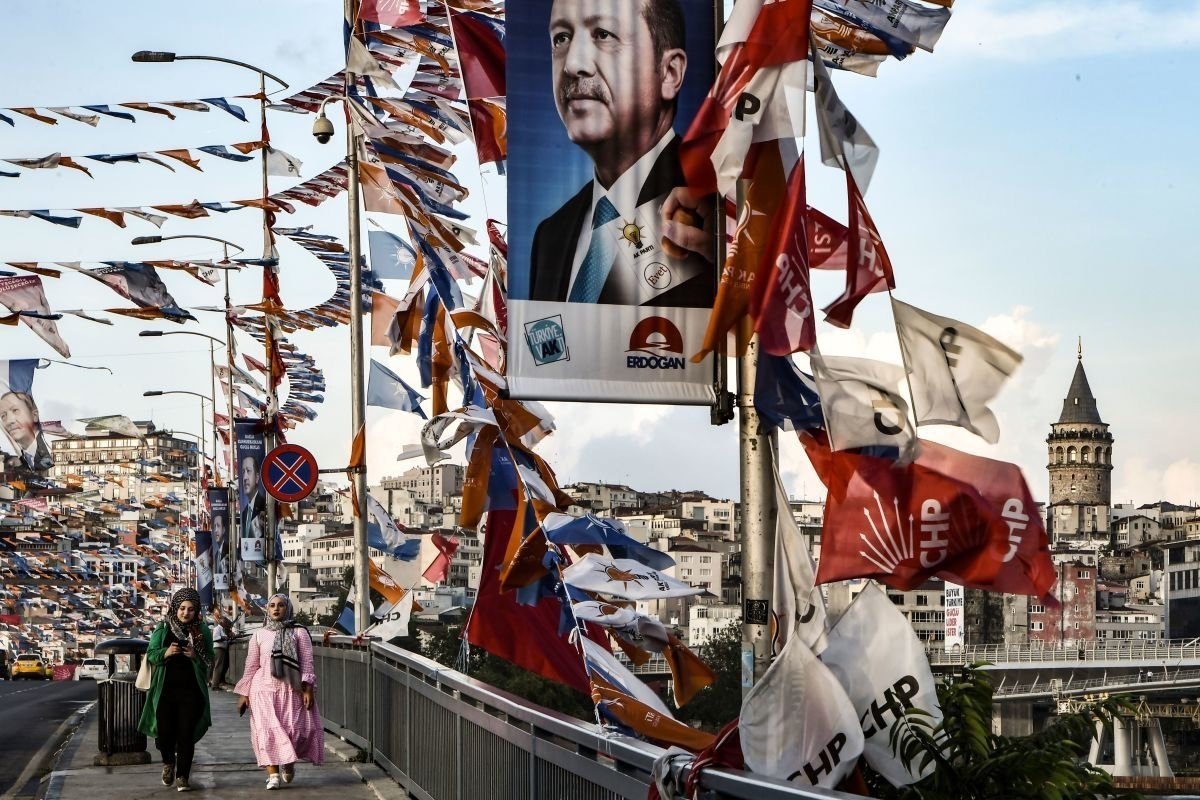 Women walk on a bridge past campaign banners ahead of the June 24 presidential and parliamentary elections in Istanbul, Turkey, June 18, 2018.
by Daily Sabah with Wires Jun 06, 2021 4:11 pm
RECOMMENDED

Officials from Turkey’s ruling Justice and Development Party (AK Party) dismissed on Sunday the possibility of early elections and the opposition’s demand to return to a parliamentary system.

AK Party Deputy Chairman Numan Kurtulmuş said in a televised interview that Turkey “does not have an agenda with regards to early elections” and reiterated that a civilian constitution is needed.

Early elections are on the “artificial agenda” of the opposition parties, Kurtulmuş said.

“They are trying to create a new early elections agenda. It is normal that opposition parties demand early elections, but Turkey is continuing its way with a positive political agenda,” he added.

“We are doing politics transparently, and we are pursuing an elections policy that tries to win hearts,” he added.

With regards to the need for a civilian constitution, Kurtulmuş emphasized that the current constitution needs to change because “it bears the bloodstains of the 1980 coup.”

“Turkey needs to prepare its own civilian constitution,” he concluded.

On the other hand, AK Party Group Deputy Chairman Bülent Turan said that Turkey’s return to the parliamentary system “is not technically possible.”

“In order to have a 400-seat parliamentary approval to return to the parliamentary system, the AK Party has to garner 10% of votes and the MHP needs to have no votes in elections. No need to fool oneself,” he said.