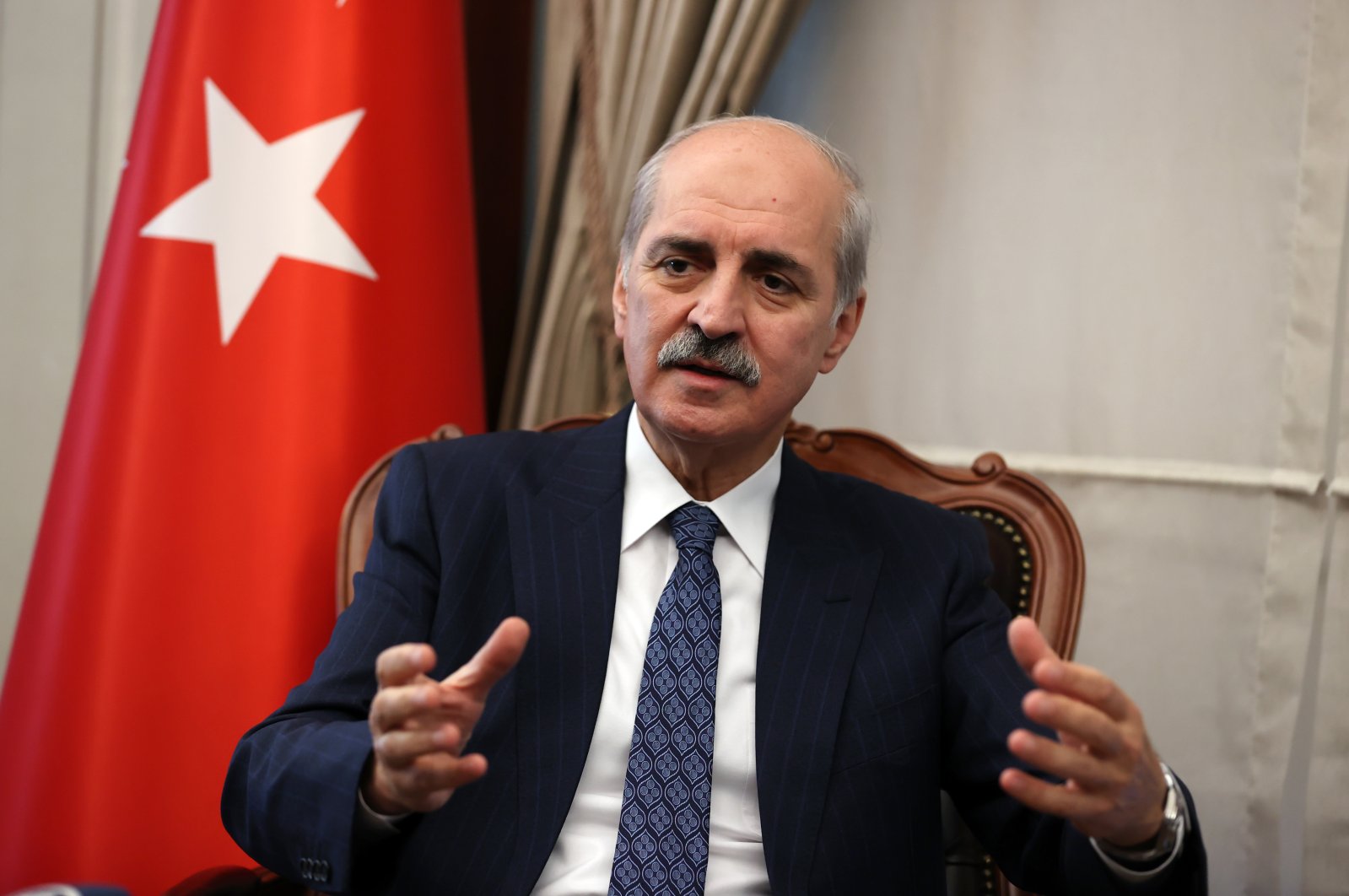 A change in the governmental system is up to Parliament, a national body that reflects citizens' will, ruling Justice and Development Party (AK Party) Deputy Chair Numan Kurtulmuş said Thursday.

Speaking to Anadolu Agency (AA), Kurtulmuş responded to the opposition’s calls for a return to the parliamentary system rather than the existing presidential government system. He noted that Turkey switched to the presidential system as a result of the constitutional change based on the national will and that a new change in the existing system can be made through a decision in Parliament, not through mere political talks.

Good Party (IP) Chairperson Meral Akşener recently said that a “table” can be established to discuss the transition to a “reinforced parliamentary system.” In response, Kurtulmuş said that the opposition does not have a consensus on their demand for a new system.

“They should make a decision. Is it an ‘improved parliamentary system’ or a ‘reinforced parliamentary system’? We saw this contradiction in terms frequently used during the new budget talks in Parliament. It is understood that opposition parties do not have a consensus on the issue. What they mean by this is not clear, it is an ambiguous situation.”

Kurtulmuş said that it is impossible for such a constitutional change proposal to be adopted by Parliament, considering the current arithmetic in Parliament. He added that there is no need for such talks to confuse people and trigger new political debates.

Turkish voters narrowly endorsed an executive presidency in the April 16, 2017 referendum with 51.4% of the votes. The official transition to the new system took place when Recep Tayyip Erdoğan took the oath as president in Parliament after the June 24, 2018, general elections, during which he won 52.6% of the votes.

He added that Turkey does not have the time or energy to waste on an early election agenda when it is dealing with big problems.