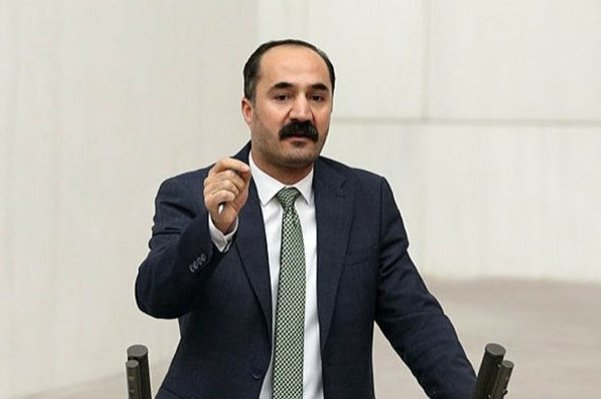 A summary of proceedings has been prepared to lift the parliamentary immunity of a pro-PKK Peoples’ Democratic Party (HDP) lawmaker accused of beating his wife.

Muş Deputy Mensur Işık faces charges for assaulting and insulting his wife and preventing her from going to the hospital.

The summary of proceedings, which will be sent to Parliament by the Justice Ministry, includes the testimony of Işık’s wife, Ebru Işık, and says medical reports provide proof of his assault.

“We have come to the conclusion that it is necessary to lift the parliamentary immunity of the aforementioned (lawmaker) in line with Article 83 of the Constitution,” the statement read.

The HDP deputy punched and assaulted his wife at their home in the capital Ankara's Çankaya district after an argument and did not let her go to the hospital to receive treatment. He also took her phone away.

After a while, Ebru Işık said she was in severe pain and convinced her husband to go to the hospital.

At the hospital, she told doctors that her husband had beaten her, so they called the police, who issued a restraining order against the accused.

In her testimony, Ebru Işık, who has been working as a teacher for the past 17 years, said her husband has frequently insulted and threatened her throughout their marriage. She noted that Mensur Işık was having an affair for the past five months, and when she tried to confront him about it, he started swearing at her and told her to get out of the house as he “pays the rent.”

Ebru Işık said her husband approached her as she was trying to pack her belongings to leave and punched her in the left eye. She also said he put psychological pressure on her and prevented her from calling the police, agreeing to take her to the hospital only if she said the injuries were from an accident.

She filed a complaint against her husband and has urged authorities to uphold the restraining order against the lawmaker.

Mensur Işık has currently been decommissioned and will be authorized to make a statement, but the investigation will proceed based on his wife’s testimony, the HDP said.