Turkey prepares bill for those with special needs 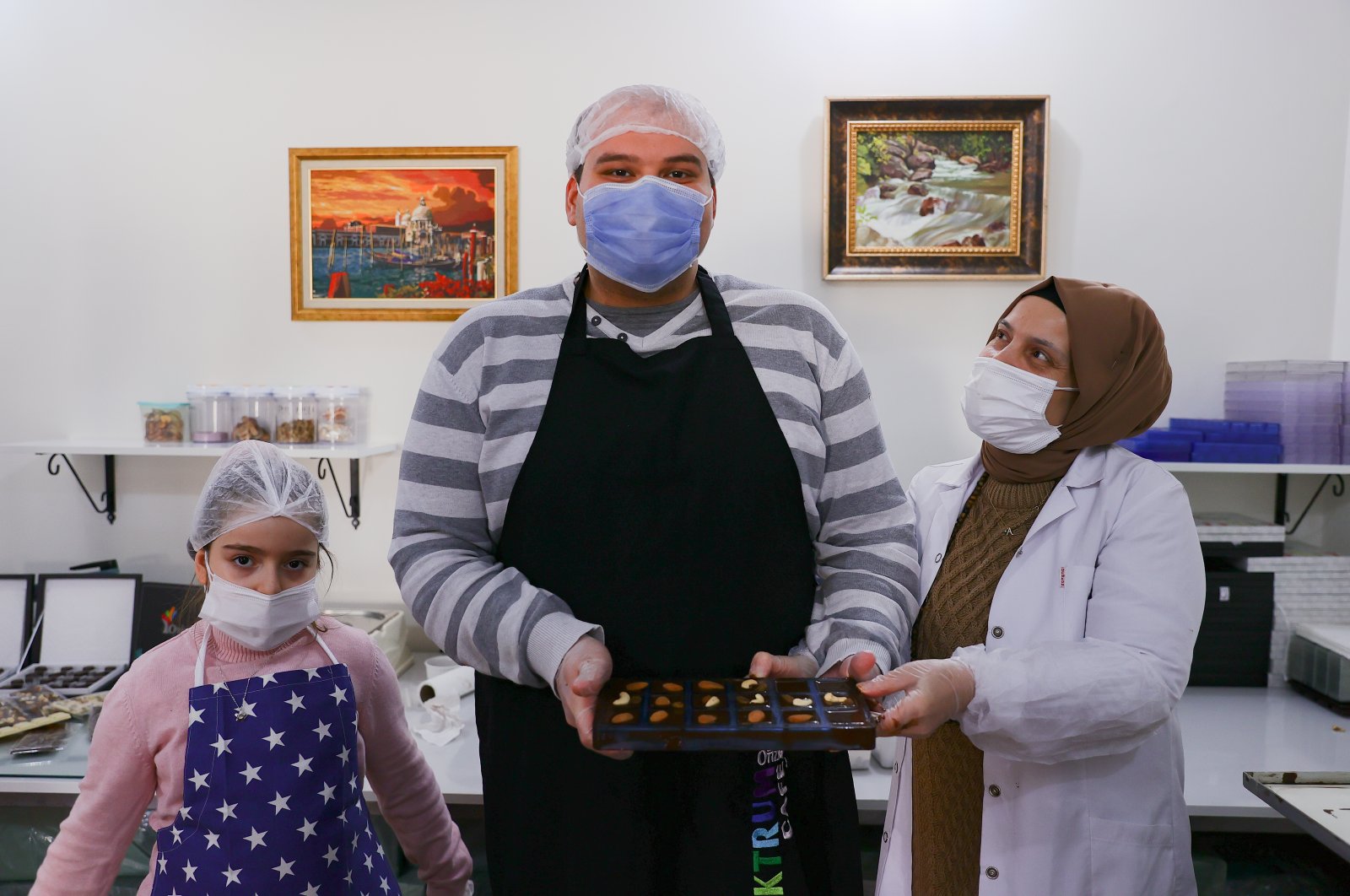 Kemal Çelik, a ruling Justice and Development Party (AK Party) Antalya deputy and the head of Turkey’s Parliamentary Down Syndrome, Autism and Other Developmental Disorders Research Commission, said in a statement on Sunday that commission deputies are preparing a bill designed to help those with special needs.

Speaking to Anadolu Agency (AA) days before World Autism Awareness Day on April 2, Çelik said that the commission is working in tandem with the relevant ministries and nongovernmental organizations.

Çelik noted that everyone must be informed about the requirements of those with special needs. The official also said that they are in talks with the Ministry of Interior over efforts to inform district governors about the needs of people with developmental disorders.

The commission chief underlined that investing in a person with special needs at a young age pays off eight-fold in the long run. Çelik said that despite the substantial progress made so far, Turkey still has a fair way to go in regard to best serving those with special needs in the country.

Çelik further stated that the families of people with special needs are actively involved in getting their disabled family members' rights improved and they are organized under NGOs for collective efforts, as exemplified by the Turkey Autism Council.

“We visited the Youth and Sports Ministry, National Education Ministry and the Family, Labor and Social Services Ministry. In the coming days, we will visit the Health Ministry and the Council of Higher Education,” he said, pointing to Turkish authorities’ organized efforts to increase the living standards of those with special needs.

“We have had demands from our ministers and they have responded very positively. For example, music and sports are very crucial for these children’s education. We demanded from the Ministry of National Education that more music classes are provided to these children,” he added.

Çelik added that local authorities, NGOs and the private sector will be involved in collective efforts overseen by the state to aid those with disabilities.

The official further stated that they had proposed creating a commission comprised of disability experts within the Turkish Parliament and recommended setting up similar commissions within the municipalities.

Çelik noted that the AK Party government has realized many facets of the Autism Action Plan, which was announced on Dec. 3, 2016, on the International Day of Persons with Disabilities.

“With our lawmakers in the commission, we will draft the People With Special Needs Action Plan,” he said.

Çelik added that the government plans to decrease the age of retirement for people taking care of others with special needs.

“Families have a concern with regards to what will happen to their children after they pass away. This concern has been alleviated more or less but families are not content yet. We carried out work jointly with our Family Ministry and we will solve this issue as soon as possible,” he said.

Çelik also underlined the importance of employing people with special needs, adding that both the municipalities and private sector should employ them.

The commission chief explained that he has a son with Down syndrome, autism and cerebral palsy and that when he was only three months old he underwent successful heart surgery.

Admitting that he knew little about how to care for people with special needs before his son Bahadır was born, Çelik added that his now 13-year-old child has made great progress thanks to early diagnosis, treatment and education.

“People who are aware of autism must work to make sure more people are aware,” he said.

“The state has the situation under control, and NGOs are very powerful. Our people let their voices heard on social media. But nevertheless, I pray that us parents do not die too early, over concerns whether his siblings will take care of him or not,” Çelik added.

Turkey's disabled community, which makes up about 7% of the population, has long been challenged by problems of social inclusion, accessibility and employment. The country has adopted a set of regulations in recent years to improve the lives of the disabled, especially in terms of employment. The government has offered incentives for workplaces employing disabled citizens since 2014. Businesses creating jobs for the disabled are eligible for free loans and tax incentives as well as partial payment for each disabled employee they hire. Those with disabilities are also provided free passes on public transit. Through a state-run employment agency, Turkey also provides free loans for disabled entrepreneurs and projects involving mass employment of the community.

A nationwide action plan on the autism spectrum disorder (ASD), a group of developmental disorders, was announced on Dec. 3 to mark International Day of Persons with Disabilities. Designed by the Ministry of Family and Social Affairs, the action plan is a first of its kind and will better facilitate equal living standards for adults and children with autism. The action plan affects 4 million people including 1 million suffering from autism.

According to United Nations data, more than 1 billion people, or approximately 15% of the world's population, live with some form of disability. Almost 80% live in developing countries. People with ASD often have social problems that include difficulty communicating and interacting with others, repetitive behaviors as well as limited interests or activities and symptoms that hurt the individual's ability to function socially, at school or work or in other areas of life.