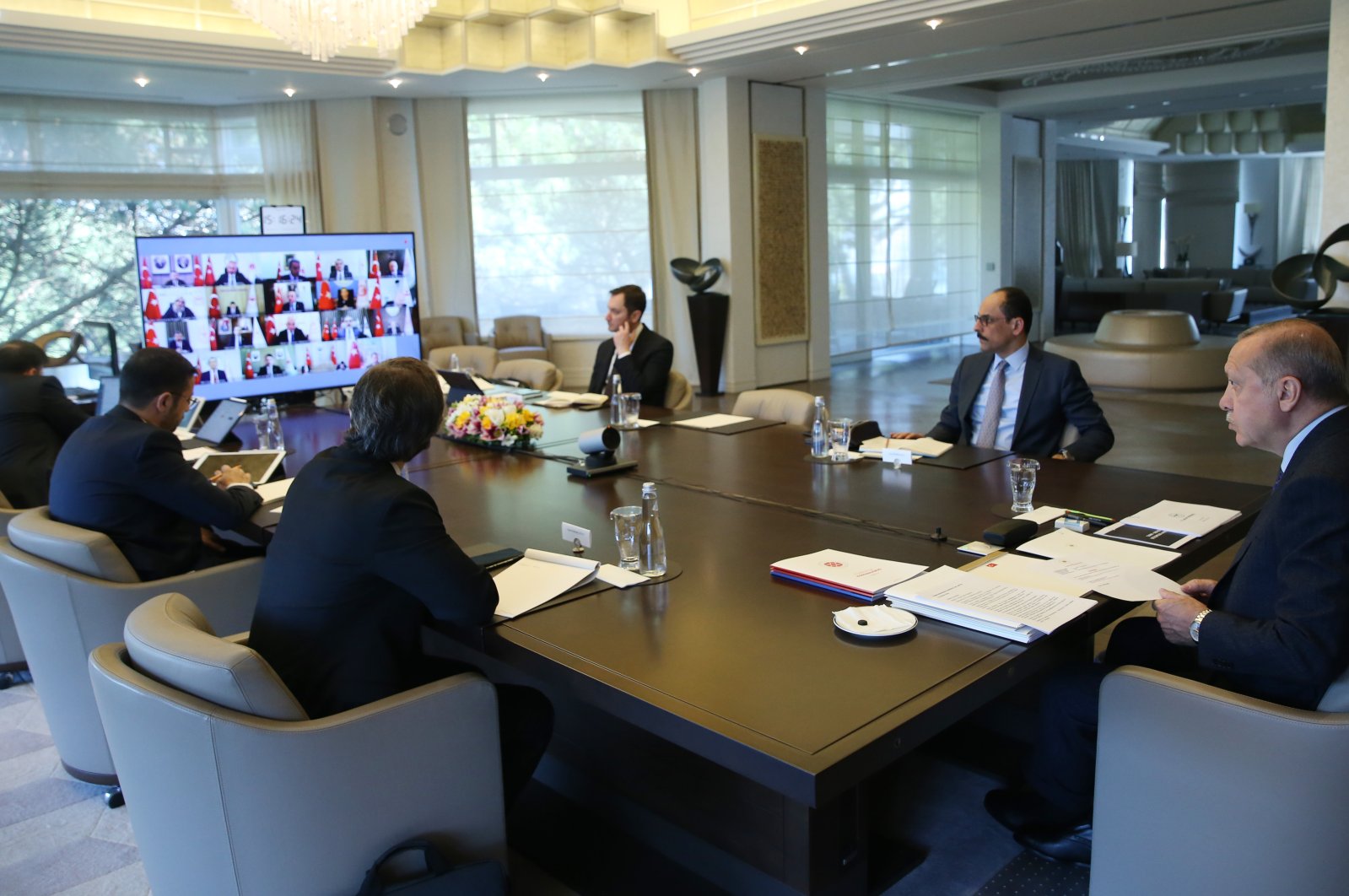 President Recep Tayyip Erdoğan on Monday instructed government officials to prioritize the development of three areas – biosafety, cybersecurity and food security. Underlining that the ongoing coronavirus pandemic has dramatically increased the importance of these three areas on a global scale, Erdoğan told the Cabinet that investments and efforts in these areas should be increased.

During Monday’s three-hour virtual Cabinet meeting, Erdoğan said that Turkey has the capacity to meet every Turkish citizens’ basic health, food and hygiene needs, and demanded government officials to determine short-term and long-term plans for development efforts in these three areas.

Regarding citizens’ and health personnel’s need for health products in the short-term, the government will continue to provide health care supplies" including masks and protective clothing.

In order to prevent any potential problem in the agriculture and food sector in these difficult times, the government will financially support farmers, breeders and companies operating in the food sector. Also, arable lands under the state ownership will be opened to agricultural activities if needed.

Looking at mid-term and long-term plans, the government is planning to fasten and support the efforts in the development of domestic medical devices, medications and vaccines. For more productivity, necessary steps will also be taken in the agriculture and food industry. In the area of cybersecurity, Turkey’s communication infrastructure will be strengthened in line with the latest technologies.

Turkey has imposed increasing restrictions on daily life in an effort to slow the spread of COVID-19 disease. Though an early response to the crisis has stemmed the tide of infections, the country has had mixed success in limiting public mobility, especially on weekends and given rising temperatures.

With this in mind, a weekend curfew was declared Friday in 31 mainly urban provinces.

"We have seen a decrease in the number of intubated patients," Koca earlier said in a tweet, adding that more tests lead to more diagnoses and quarantines. The country has nearly 61,049 confirmed cases of the coronavirus.

Turkey already had a curfew in place for those above the age of 65 and those under 20, yet stopped short of a full lockdown. The government has, until this weekend, relied on the public’s compliance with calls for self-isolation. Authorities have called on people repeatedly to impose their own quarantine or lockdown measures.

Turkey was one of the first countries to take measures against the coronavirus, closing its border with Iran and halting flights from China and Italy. It has since shut down all international arrivals, restricted domestic flights and set up road checkpoints outside cities to prevent nonessential travel.

Since appearing in Wuhan, China, last December, the novel coronavirus has spread to at least 185 countries and regions. Data compiled by the U.S.-based Johns Hopkins University shows worldwide infections have surpassed 1.87 million, with the death toll above 116,000, while more than 441,800 have recovered.