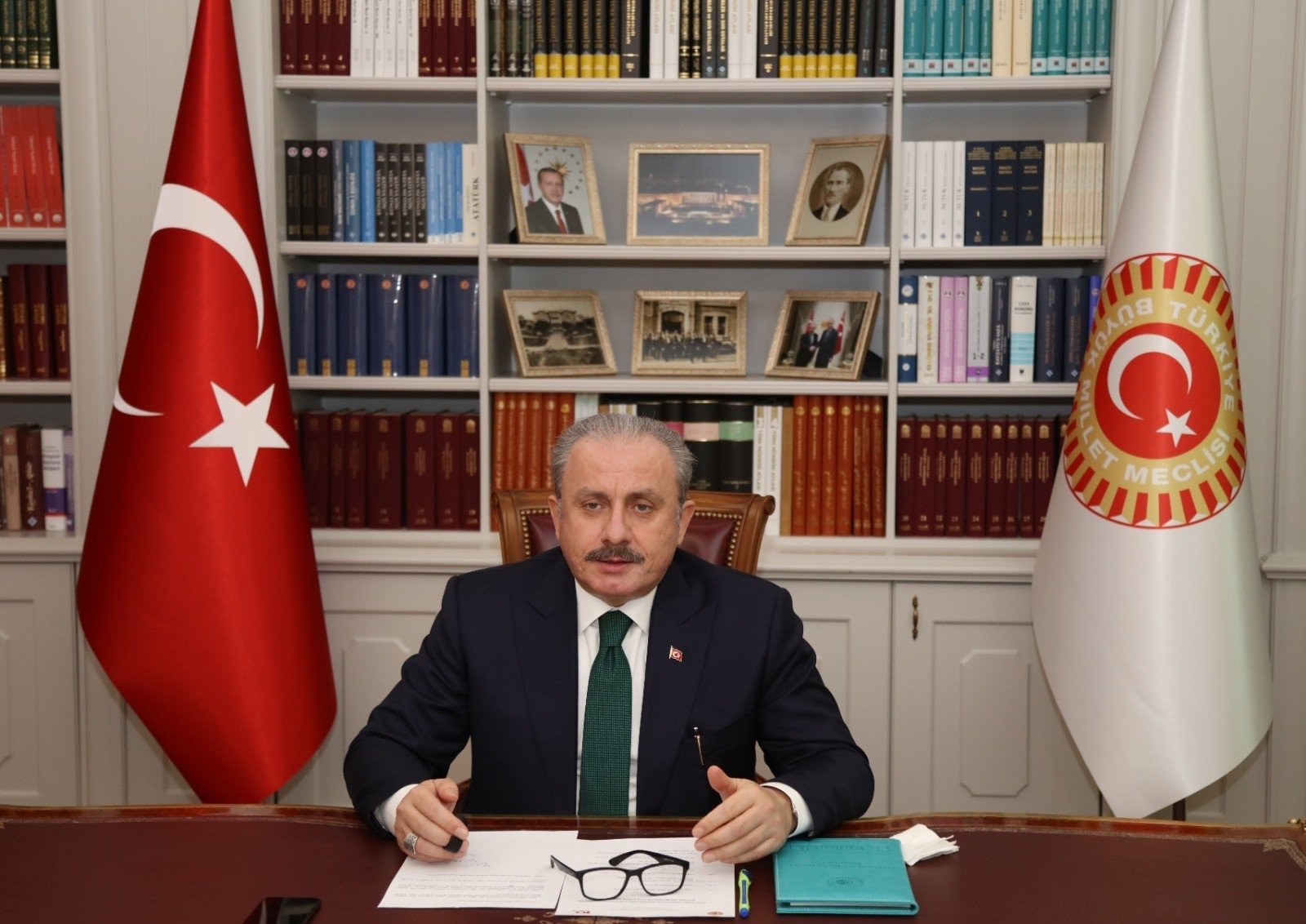 Turkey will enter a new era of dramatic changes, the country’s Parliament speaker said Monday, as President Recep Tayyip Erdoğan announced that a new Constitution may be in the works.

“We are at the beginning of an era when many things in politics, law, international relations, trade and finance will fundamentally change with their paradigms,” Şentop told reporters in the capital Ankara.

“The problems we are experiencing all over the world today are not the problems within a system but the problems brought about by the search for an additional system or the conflicts about taking a role, taking a place, changing power while establishing a new order,” Şentop noted.

“Turkey, with a strong position, has entered a process of having a voice and decision-making,” he said.

Also on Monday, Erdoğan said the Constitution may be revised after the ruling party reaches consensus with the Nationalist Movement Party (MHP), its partner in the People's Alliance.

Underlining that the constitutional works must be done in a transparent manner, Erdoğan said the final text must be left to the nation's discretion.

Releasing a written statement on Tuesday, the MHP Chair Devlet Bahçeli also underlined the need for a new Constitution and expressed his party's support for the initiative.

Erdoğan wants Turkey to have a civilian-drafted Constitution by 2023, which will mark the centenary of the foundation of the Republic of Turkey.

By doing so, the president will also test the opposition’s sincerity regarding its calls to civilize the Constitution and democratization efforts and reveal their true stance regarding the matter.

The AK Party may discuss revisions in the presidential oath, the Constitutional Court, the election of supreme judicial institutions, democratic rights and freedoms, as well as the president’s prerogative to introduce bill proposals.

“We have been through difficult days as a country and we have now returned to our actual order of the day. We have the opportunity to replace the putschist-made, pseudo-democratic Constitution with a civilian and democratic one,” AK Party Deputy Chairperson Hamza Dağ told Sabah daily, adding that it would also be a test of sincerity for the opposition.

Erdoğan said the reform packages will include sweeping and critical changes that will prepare Turkey for 2023 onward. He noted that the party is on the verge of completing the packages, although he did not give a specific date or more details about the content of the packages.

The president had called 2021 the “year of reforms” and pledged that his party would bring about many reforms in the fields of justice and economy.

Previously, the ruling Justice and Development Party (AK Party) introduced two judicial reform packages, which contained a host of changes, including laws covering freedom of expression, passports and the protection of children.

Last year, amid changes to Turkey’s economic administration, the nation’s leadership pledged further economic and legal reforms as well as reforms to rights and freedoms to carry the country forward.

The AK Party pioneered countless reforms throughout its rule, including the latest switch to the presidential system from a parliamentary system.

Amid the ongoing reform efforts, the opposition pro-PKK Peoples’ Democratic Party (HDP) on Monday launched a series of political visits to support a democratization process in the country. On the first stop, HDP co-chairs Mithat Sancar and Pervin Buldan visited Şentop.

“There is an urgent need for democratization and return to the rule of law,” Sancar said following the visit, underlining the dangers of increasing tensions and polarization within society.

After their visit to Şentop, the HDP co-chair also visited the conservative opposition Felicity Party (SP).

Their next stops for the tour of political visits will be opposition parties including the main opposition Republican People’s Party (CHP), the Future Party (GP) and the Democracy and Progress Party (DEVA).