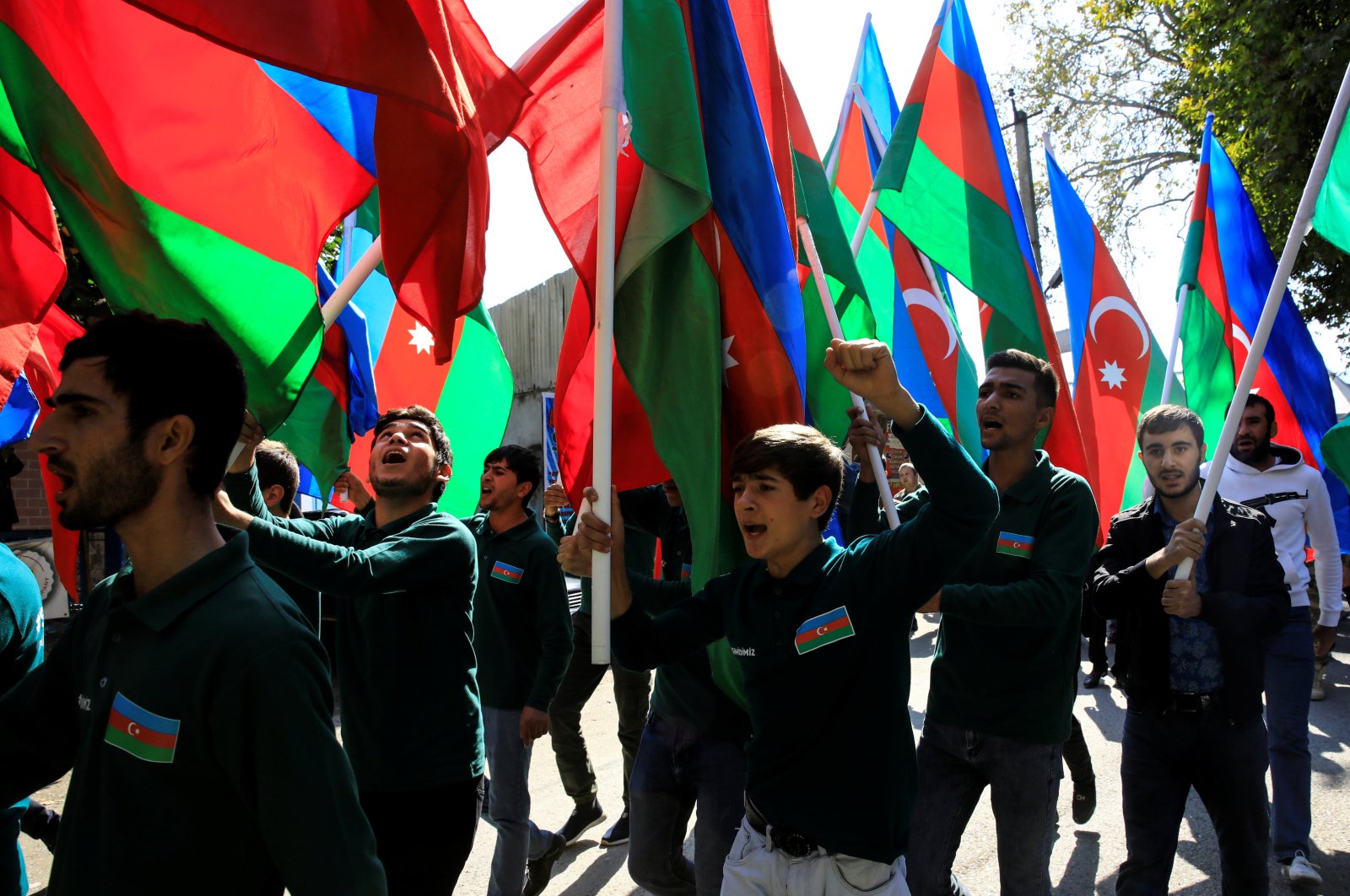 People hold Azerbaijan's national flags and shout slogans during the funeral of civilians killed in Ganja attack during the fighting over the occupied Nagorno-Karabakh region, in the city of Shamkir, Azerbaijan, Oct. 12, 2020. (REUTERS Photo)
by DAILY SABAH WITH AA Oct 13, 2020 11:40 pm
RECOMMENDED

"As a committee, our mission is not to look at the war crimes committed but to bring the world’s attention to the civilian casualties," head of the Turkish Parliament's committee on human rights Hakan Çavuşoğlu said.

The subcommittee under the human rights committee will also investigate the effects of the ongoing conflicts on the lives of Turkish citizens of Armenian descent.

Çavuşoğlu said that the rights of the citizens of Armenian descent are under the protection of state law.

"We have no tolerance for the alienation of our (Armenian) citizens including the thousands of Armenians who illegally work in our country based on the clashes (between the two countries),” he said.

Armenian forces launched a missile strike on Azerbaijan's second-largest city, Ganja, despite the region being outside the frontline zone – violating a cease-fire between the two sides and leaving at least 35 civilians wounded, including women and children.

The humanitarian truce had been declared Saturday for exchanging prisoners and retrieval of bodies of either sides' soldiers in Nagorno-Karabakh, an internationally recognized territory of Azerbaijan.

The cease-fire came after a trilateral meeting was held Friday in Moscow between Russian, Azerbaijan and Armenia foreign ministers.

From Sept. 27 until Oct. 13, at least 42 Azerbaijani civilians have lost their lives and more than 200 were injured, said the country's chief prosecutor's office.

Many world powers, including Russia, France and the U.S., have called for a new cease-fire. Turkey, meanwhile, has supported Baku's right to self-defense and demanded the withdrawal of Armenia's occupying forces.

Multiple U.N. resolutions, as well as international organizations, demand the withdrawal of the invading forces.