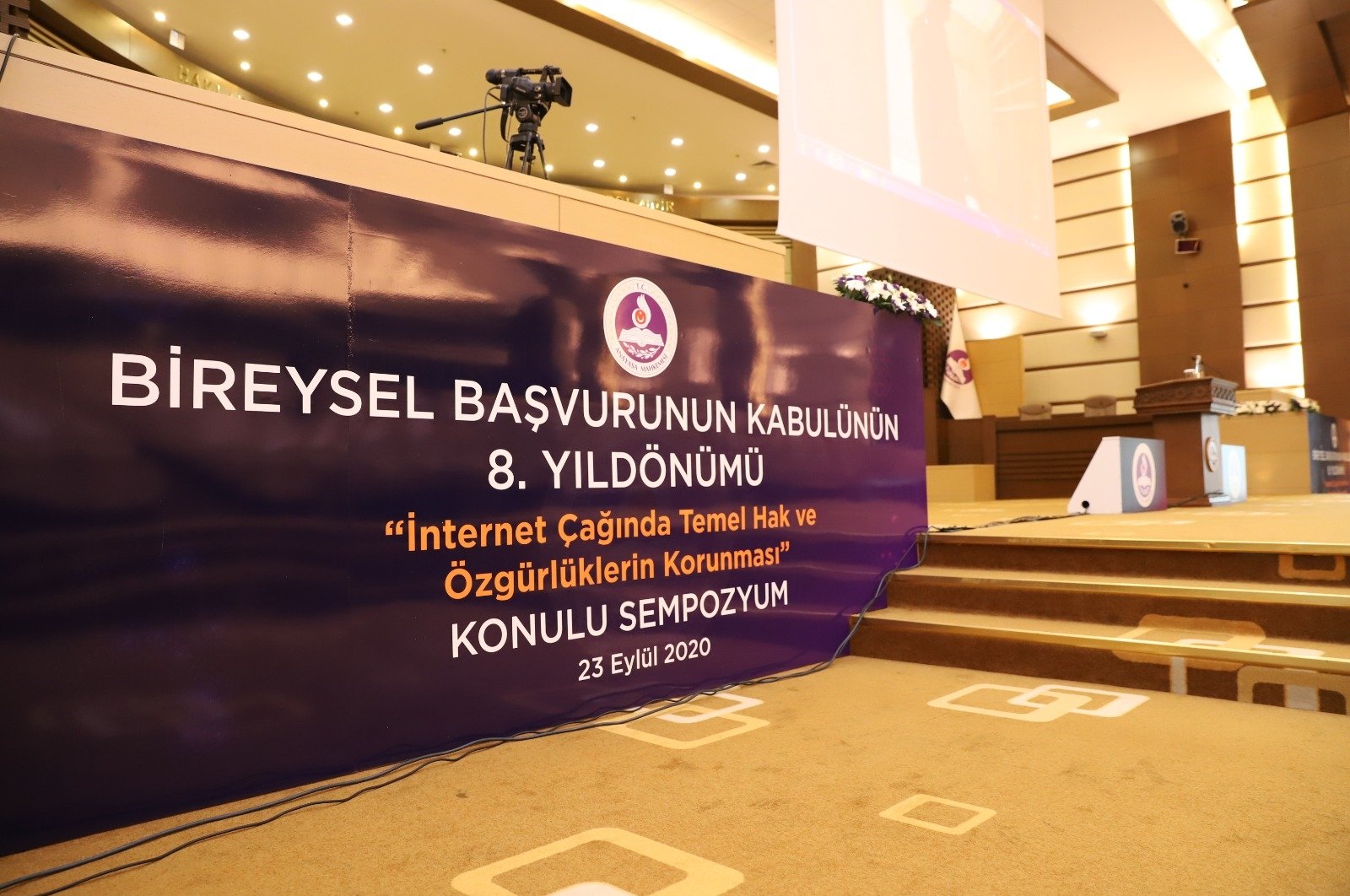 The Constitutional Court organized a symposium titled “The Protection of Basic Rights and Freedoms in the Age of the Internet” on the eighth anniversary of the ratification of private applications to the court, the capital Ankara, Sept. 23, 2020. (DHA Photo)
by DAILY SABAH Sep 23, 2020 1:55 pm

The Constitutional Court of Turkey has ruled on more than 10,000 violations of rights in private applications, head of the court Zühtü Arslan stated Wednesday.

Arslan was speaking at a symposium on the protection of basic rights and freedoms in the internet age, which was organized on the eighth anniversary of the ratification of private applications to the Constitutional Court.

He pointed out that complaints about freedom of expression were the main category among the applications that the court ruled as a violation of rights.

“All kinds of expressions except for the encouragement to violence and terror, hate speech and threat, defamation have to be protected by law,” he said.

Arslan elaborated that with the approval of private applications eight years ago, the standards were established for rights ranging from the right to live, the right to gather and protest, the right to due process as well as the right to freedom of expression.

Stating that around 285,000 applications were submitted since 2012, Arslan said that 243,000 have been concluded. He added that 42,000 private applications are still waiting.