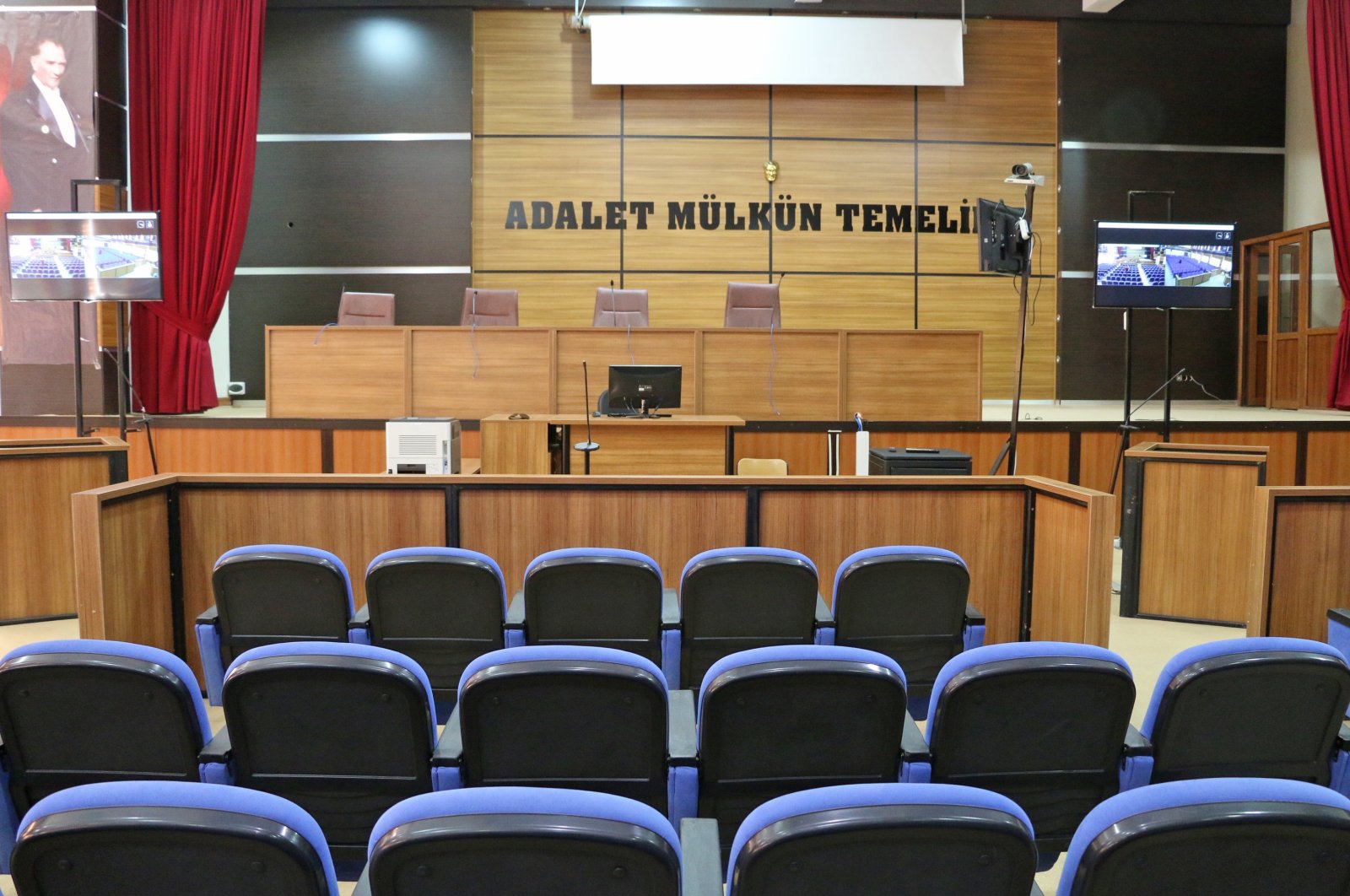 The coronavirus outbreak has transformed almost every aspect of our lives, showing that integration with technology is no longer a luxury but a must as it enables everyone to connect and work without the need to share the same space. According to an expert, judicial systems worldwide have also taken on their fair share of transformation. The Turkish justice system, however, still needs to step up its game, especially when it comes to the use of artificial intelligence (AI).

In this technological race, in order for Turkey to come to the forefront by turning the challenges introduced by the new circumstances into opportunities, it needs to incorporate all pillars of the judicial system, including judges, prosecutors and lawyers, into the AI adaptation equally, said Mehmet Gün, a lawyer and the head of the Better Justice Association, a nongovernmental organization (NGO) focused on determining the problems in the Turkish judiciary and coming up with suggestions for a better functioning system.

Speaking at the association’s online event Friday, organized ahead of the opening of the new justice system on Sept. 1, Gün highlighted the impact of the coronavirus on societies and stated that the pandemic accelerated the transition to a world that relies on AI.

“This era constitutes the era of technology, artificial intelligence, welfare and the fight against viruses. In this dual era, both viruses and the developers of artificial intelligence will dominate the world,” he said, highlighting that an inefficient judiciary is similar to a hazardous virus: It corrupts countries by “poisoning their legal order,” and it can cause their “sudden collapse.”

“On the other hand,” he continued, “a well-respected, transparent and functioning judiciary, and the advanced legal order that it will ensure, constitutes the foundation of democracy and the source of the social, political and economic powers of countries in terms of global competition.”

In Gün’s opinion, in order for Turkey to make a breakthrough in the fields of the judiciary and the rule of law, it is essential to “eliminate old habits and for the law to catch up with this era of artificial intelligence. For this purpose, the relevant work should commence with self-criticism by all relevant persons and sectors.”

Gün also pointed out that the use of AI would be effective in solving some of the decadeslong problems of the Turkish justice system, particularly the lengthy duration of cases.

Highlighting the necessity of having an effective and functioning system for people from all corners of the country to put their trust in, Gün expressed that the lengthy case processes undermine this trust and instead of solving problems, create new ones, wasting the country’s resources.

“The Turkish judiciary needs to improve its use of artificial intelligence in order both to do its work better and to eliminate the work burden that has been accumulating for decades,” he said.

The previous work of the Better Justice Association showed that most cases in Turkey, which are meant to be concluded in four to five months under normal circumstances, usually last four or five years. This is surprising since the country conducts judicial processes similar to countries like France and the U.K., where there are few prolonged cases.

The association estimates that integrating AI into the Turkish judicial process at first would lessen the judiciary's burden by 20% and in time by 80%, as it would introduce speed and effectiveness to the process.

Using the example of the Council of State, Gün expressed that since any case brought to the council goes through an examination process first, it doubles the duration of the overall process. However, even if the examination process alone could be done through AI instead of manually, the process would automatically speed up.

“In the Council of State and administrative judiciary courts, petition pre-examination, suspension of execution and similar matters should be decided within a few hours, or within a few days at most; the fulfillment of simple formalities should not take months,” he said, adding that lawsuits should be resolved within six months at most.

“Although this (AI) may be considered a heavy investment, I believe this is actually a serious investment opportunity for the country and would create major trade options as well while solving decadeslong problems,” the lawyer said.

As far as the legal infrastructure for AI is concerned, Gün, although acknowledging the lack of such a framework, stated that the rule of law and technology should improve hand in hand.

“We should improve both of them at the same time,” he said, adding that in the case of any misuse, legal experts should come up with a framework to properly judge the issue and yet, in order for this to take place, other legal problems should be eliminated so AI can be a valuable asset.

Calling for the involvement of all pillars of the legal system in the adaptation to AI, the Better Justice Association suggests establishing a supreme authority of justice, which would hold the judiciary accountable, making it more trustworthy in the eyes of the public.