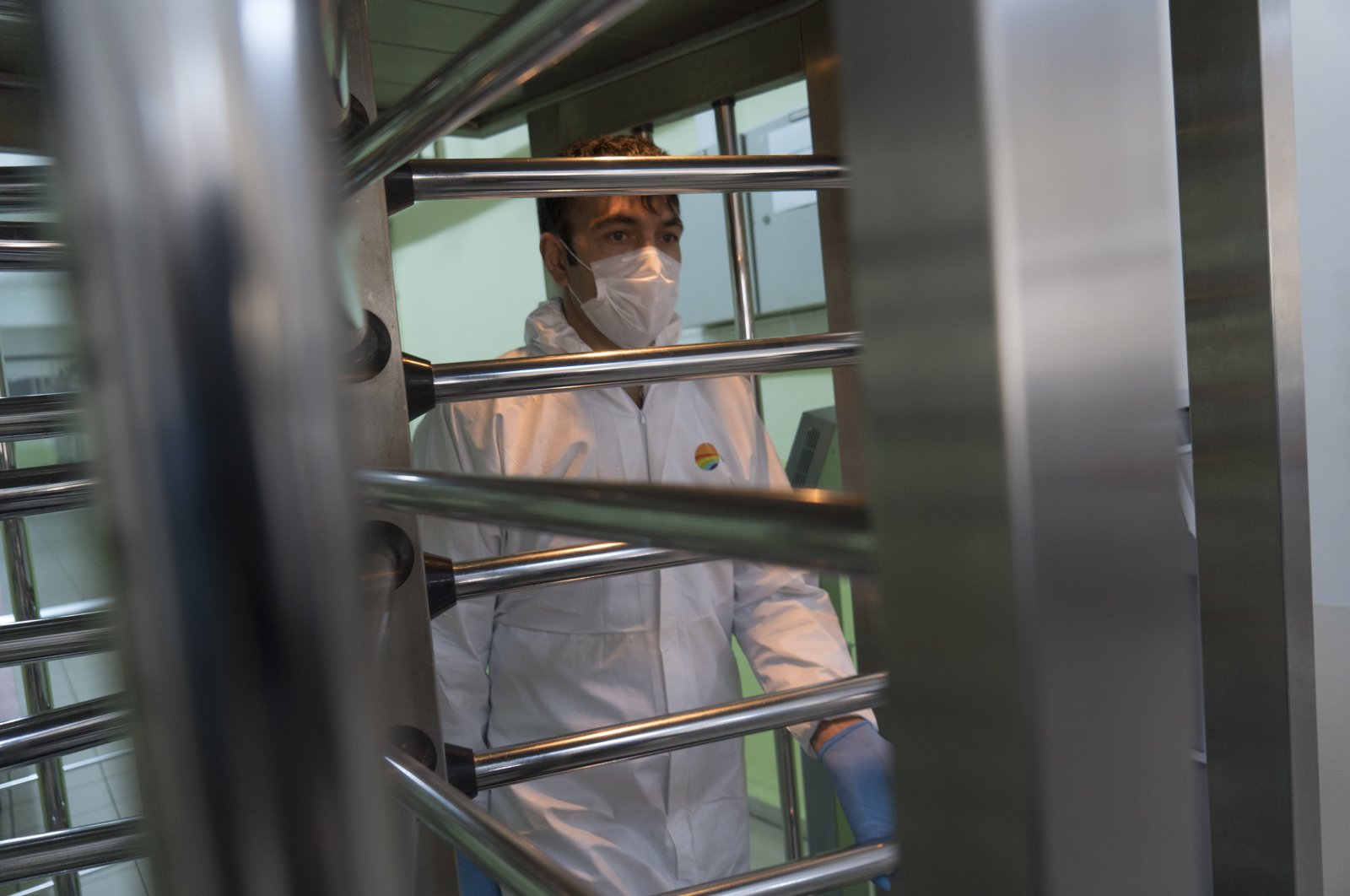 The Turkish Parliament Tuesday passed a law to allow for the release of tens of thousands of prisoners to ease overcrowding in jails and protect detainees from the coronavirus.

Supported by the ruling Justice and Development Party (AK Party) and Nationalist Movement Party's (MHP), the bill was accepted with 279 votes for and 51 votes against, Deputy Parliament Speaker Süreyya Sadi Bilgiç said.

The bill covers about 100,000 people in prison for all crimes except those involving terrorism, sexual abuse, drug offenses, first-degree murder and violence against women.

The legislation provides for home confinement for inmates over 65, women who have children age 6 and younger and prisoners who cannot take care of themselves and require special care. The reform will also allow for the removal from prison of those with communicable diseases.

Female convicts with newborn infants who have been sentenced to three years or less will be allowed to serve the remainder of their terms under house arrest. The bill also brings about a reduction in sentences of underage convicts.

Convicts sentenced to more than 10 years in prison will be transferred to minimum-security prisons upon judicial approval, especially in light of the evidence of good conduct or eligibility for parole.

The measures will roughly double the number of beneficiaries of alternative penal arrangements from about 45,000 to 90,000 in-home confinement due to such illnesses.

Those eligible will be released under judicial control until the end of May, with the Justice Ministry able to extend the period twice by a maximum of two months on each occasion, according to the new measures.

Justice Minister Abdulhamit Gül said on Monday that 17 cases of COVID-19 have been confirmed among prisoners, including three deaths. He said 79 prison employees had also tested positive, along with a total of 80 judges and prosecutors, judiciary personnel and forensic science personnel.

The legislation came as authorities said a possible outbreak among inmates could spread like wildfire given that the country’s prison population is at about 300,000 individuals.

On Monday, Turkey's death toll from the coronavirus rose to 1,296. The country has 61,049 confirmed cases of the COVID-19, the disease caused by the virus.