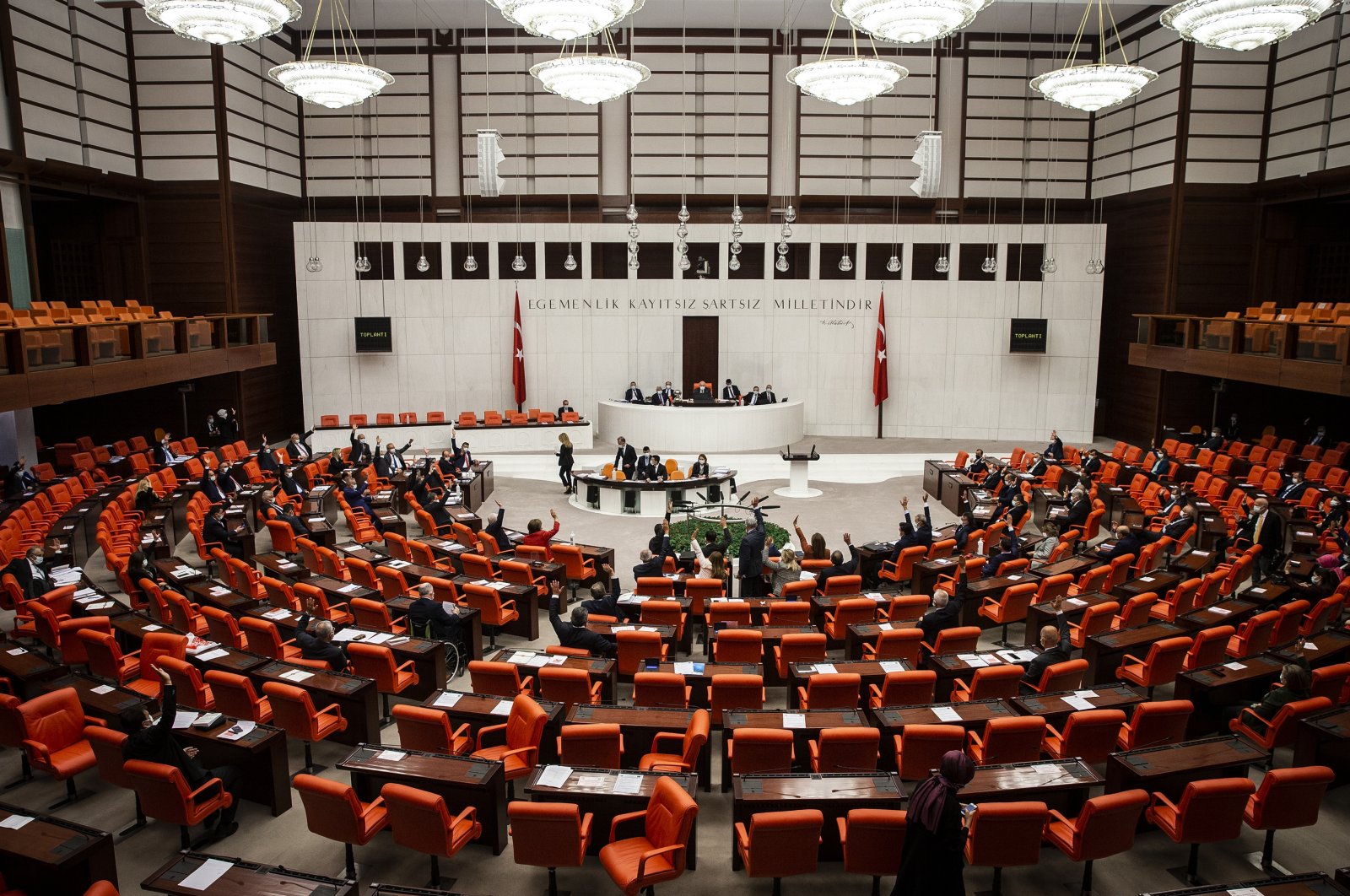 The Turkish Parliament has adopted a resolution to establish a parliamentary investigation commission for measures to be taken against earthquakes, Nov. 3, 2020. (AA Photo)
by DAILY SABAH
Nov 03, 2020 7:51 pm

The Turkish Parliament on Tuesday adopted a resolution to establish a parliamentary investigation commission for measures to be taken against earthquakes in the country.

The decision was taken following the joint suggestion of all five political party groups in parliament. The committee will work for three months.

The death toll from last week's powerful earthquake in Turkey's Aegean region stands at 110, with as many as 144 victims still receiving treatment, while nearly 900 have been discharged from hospitals.

A total of 1,562 aftershocks - 44 of them with a magnitude higher than 4 - have been recorded since Friday's 6.6 magnitude quake rattled Izmir, Turkey's third-largest city and home to more than 4.3 million people.

Turkey is situated in one of the world's most seismically active zones and has suffered devastating earthquakes in the past, including the 7.4 magnitude earthquake that shook Marmara in 1999.

The earthquake had left nearly 18,000 people dead and around 45,000 others injured. Nearly 16 million people were affected, and around 200,000 people left homeless.