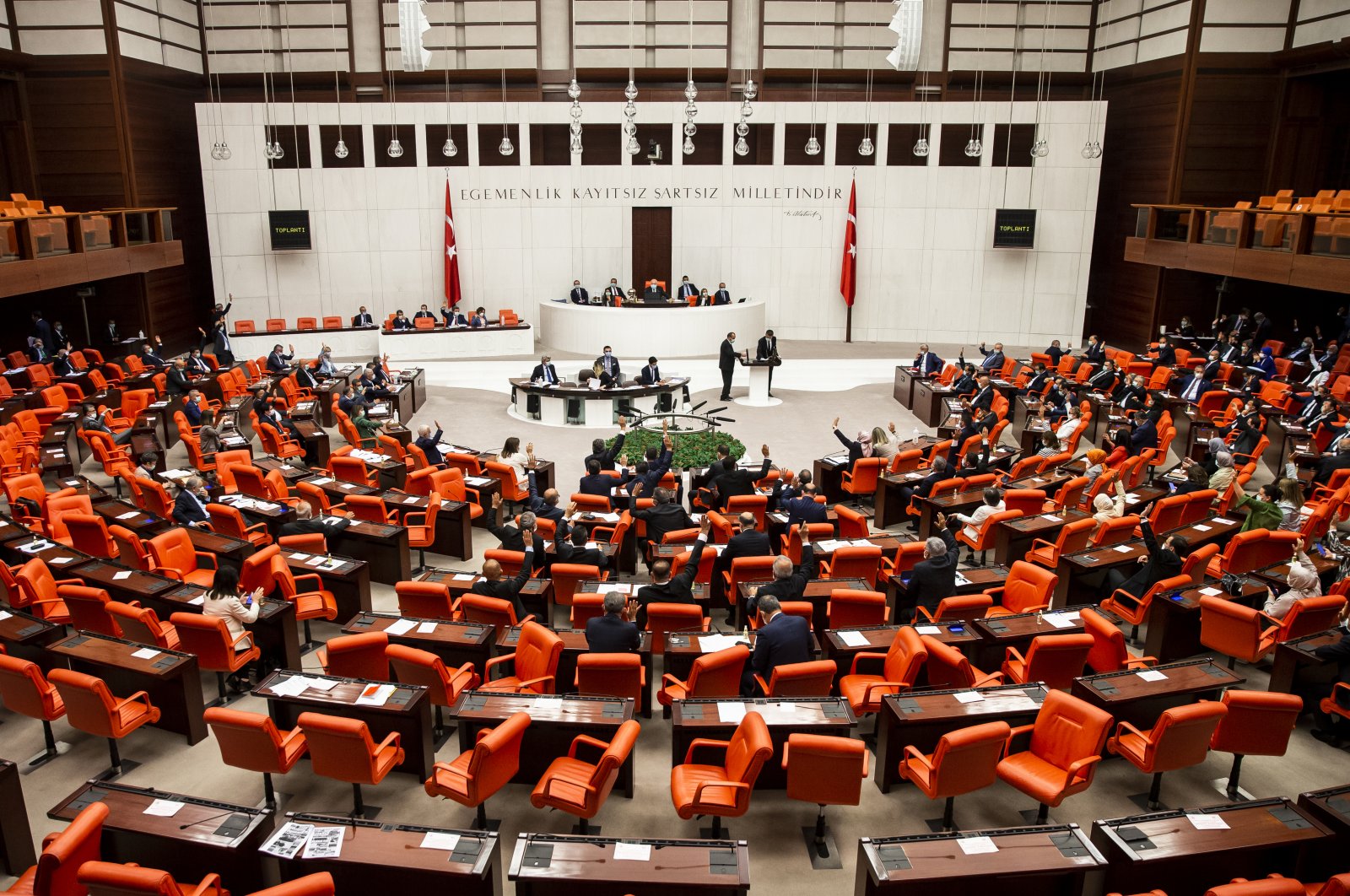 The Turkish Parliament ratified a bill Tuesday that declares the legal grounds for the 1960 trial and execution of the nation's then-premier and two Cabinet members null and void.

The bill that declared the controversial decisions invalid was prepared jointly by the ruling Justice and Development Party (AK Party) and Nationalist Movement Party (MHP) and presented to Parliament last week. The Parliament adopted the bill unanimously.

The bill also enables the formation of a new commission to evaluate the applications from the relatives of the trial's victims for compensation for their losses.

Moving to cancel the legal rationalization for the trial, a bill submitted by Parliament Speaker Mustafa Şentop said the coup-era court had overstepped its power and violated fundamental rights and freedoms.

Under the bill, the criminal and archive records of the coup trial victims will be expunged by the Justice Ministry.

Speaking on the decision, Interior Minister Süleyman Soylu also said on Wednesday that the Parliament has removed yet another dark spot in Turkey's political history.

"Even though the decisions may have been important during the past times, the real importance is to leave a true history for our future," Soylu expressed on his Twitter account.

Following the coup in 1960, a military court tried Adnan Menderes, the nation's first democratically elected prime minister, along with two leading members of the Democratic Party (DP), resulting in their executions the following year.

Menderes founded the DP in 1945, which broke from the Republican People's Party (CHP) that had been governing the country as a single-party system since the founding of the republic and led it in the first multiparty elections in 1946. In the 1950 elections, the DP won a parliamentary majority and ran the country until the May 27, 1960, military coup. Menderes is seen as the first democratically elected prime minister of the country. His term saw significant changes to counter the strict secularist policies of the preceding CHP era that alienated significant portions of the nation, coupled with economic reforms and major diplomatic realigning, including membership to NATO. The DP is seen by many as the predecessor of the liberal-conservative political movements of the Justice Party (AP) of the 1960s and 1970s, the Motherland Party (ANAP) of the 1980s and the AK Party.

Last month, Yassıada, the symbol of the darkest era in the history of the republic, was rebranded as a beacon of democracy and freedom.

Renamed Democracy and Freedom Island after its transformation over the past few years, new facilities on the island are set to be opened later this year on the 59th anniversary of the 1960 coup.

Four years of work on the island have changed the place into the home of a massive complex where a 125-room hotel, a 600-seat conference hall, a mosque, a museum and exhibition halls, as well as cafes and restaurants, are now located. Workers are putting the final touches on the construction project on the 18.3-hectare island.

"In fact, it was not a trial but the murder of law by those who violated the Constitution by orchestrating a coup and accusing the country's legitimate rulers of violating the Constitution," said President Recep Tayyip Erdoğan during the inauguration ceremony of the island.