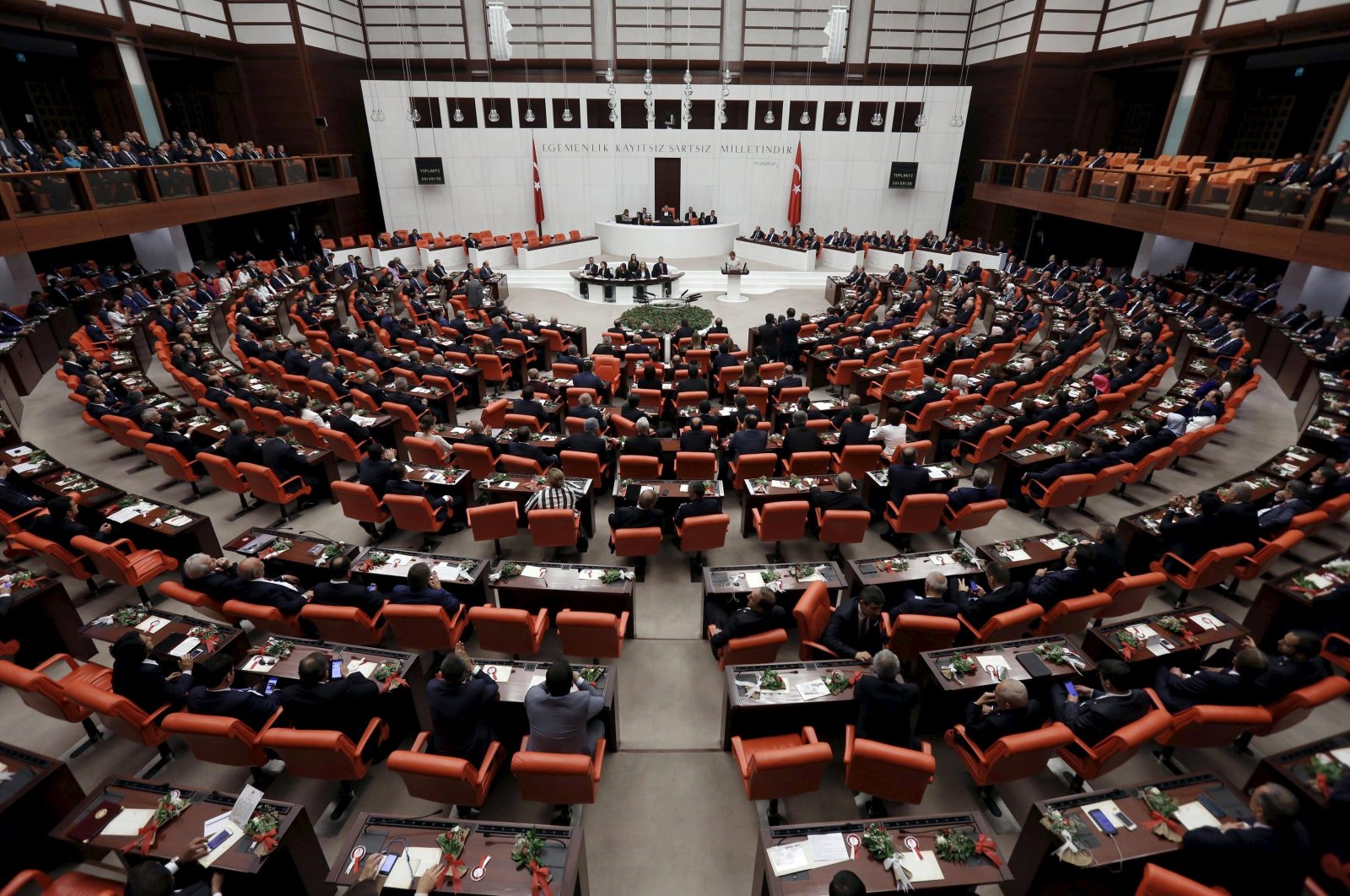 Parliamentarians attend a swearing-in ceremony at the Turkish parliament in the capital Ankara, Turkey, June 23, 2015. (REUTERS Photo)
by DAILY SABAH
Nov 16, 2020 11:24 am

The Turkish Presidency on Monday submitted a motion to Parliament on deploying troops to Azerbaijan for monitoring a cease-fire agreement over the Nagorno-Karabakh region.

The bill requests a one-year mandate to send Turkish peacekeepers, adding that President Recep Tayyip Erdoğan would determine the number of troops to be sent.

The motion, signed by Erdoğan, noted that brotherly country Azerbaijan struggled to liberate its territories from Armenian occupation for years.

It added that Baku made significant gains in a recent military operation in retaliation to Armenia's attacks on Azerbaijani military targets and civilians settlements.

The motion underlined that Turkey has been supporting Azerbaijan to protect its rights and territorial unity, in line with international law and legitimate sovereignty rights, since the beginning of the process. It stated that Azerbaijan's recent advancement has created a new reality on the ground.

The motion reminded that a cease-fire agreement between Azerbaijan, Russia and Armenia was reached on Nov. 10 and some territories under the Armenian occupation were scheduled to be handed over to Azerbaijan.

It also said the establishment of a "Joint Center" in the Azerbaijani territories to observe the cease-fire was agreed on. Turkey and Russia will jointly take part in this center as per Azerbaijan's request.

The deployment "will be for the benefit and welfare of the people in the region," the motion said, adding the move will also be in Turkey's national interests. The motion will be voted on in the parliament on Tuesday.

It followed two days of talks in the capital Ankara with Russian officials about how the two regional powers intend to jointly implement a Russian-brokered cease-fire signed last week.

The Russian-brokered agreement states that a "peacekeeping center is being deployed to control the ceasefire" but does not specify its formal role.

Relations between two the former Soviet republics have been tense since 1991 when the Armenian military occupied Nagorno-Karabakh, a territory recognized as part of Azerbaijan and seven adjacent regions.

Fresh clashes erupted on Sept. 27 and the Armenian army continued its attacks on civilian and Azerbaijani forces, even violating humanitarian cease-fire agreements for 44 days.

On Nov. 10, the two countries signed a Russia-brokered agreement to end the fighting and work toward a comprehensive solution.

Meanwhile, Prime Minister Nikol Pashinian said he had signed an "unspeakably painful" deal that allowed Azerbaijan to claim control over regions it took back in the fighting.