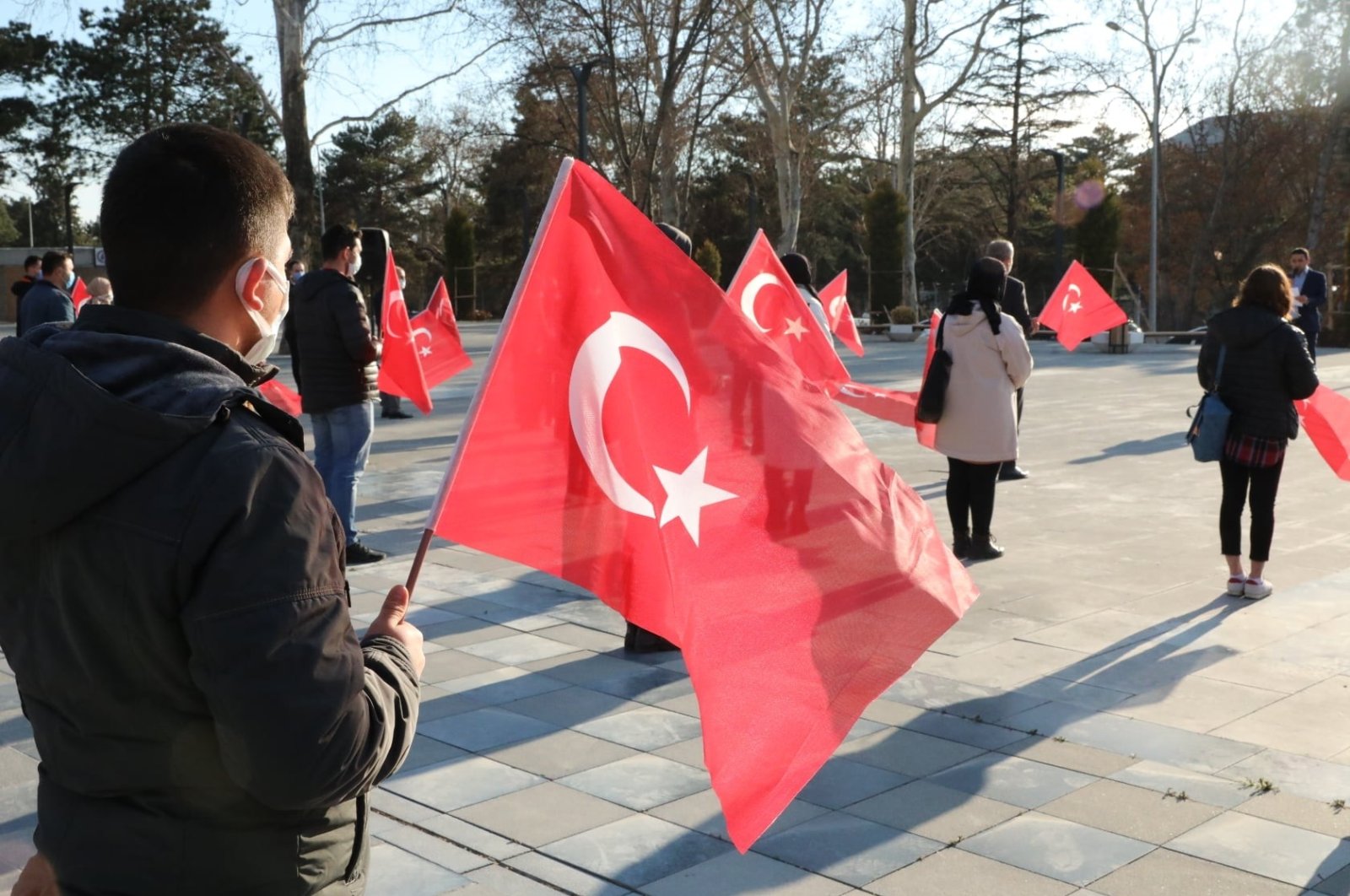 Hundreds of thousands of people took to social media on Sunday to protest the undermining of democratic institutions and the evoking of a coup atmosphere in Turkey, which saw a coup attempt only five years ago, following the publication of a "declaration" signed by 104 retired navy admirals.

“Those making coup plans, trying to disrupt the unity of our country and aiming to polarize our people will be unsuccessful,” one social media user wrote, while another stated that Turkey has changed and carrying out coups has become impossible.

“Protecting this country’s survival goes through respecting democracy and being loyal to the rule of law,” he wrote.

Others highlighted that the Turkish people had shown their reaction to attempts to undermine democracy on July 15, 2016.

The Gülenist Terror Group (FETÖ) and its U.S.-based leader Fetullah Gülen orchestrated the defeated coup of July 15, 2016, which left 251 people dead and 2,734 injured.

“The days of coups and declarations in the Turkish Republic has come to an end,” another social media user wrote on Twitter.

After Turkey's decision last month to withdraw from the Istanbul Convention, a European treaty aimed at preventing and combating violence against women, with a presidential decree, it came into question whether Turkey could also withdraw from other international agreements in the same way. Parliament Speaker Mustafa Şentop said that it is technically possible in a TV interview while responding to a question from the presenter and gave the example of the Montreux Convention. Following discussions about Şentop's statements, 104 retired admirals on Saturday released a statement warning the government.

The Montreux Convention Regarding the Regime of the Straits is a 1936 agreement that gives Turkey control over the Bosporus and Dardanelles and regulates the transit of naval warships. The convention guarantees the free passage of civilian vessels in times of peace and restricts the passage of naval ships that do not belong to the Black Sea states. Signed on July 20, 1936, at the Montreux Palace in Switzerland, the convention gave Turkey permission to remilitarize the Bosporus and Dardanelles. It went into effect on Nov. 9, 1936, and was registered in the League of Nations Treaty Series on Dec. 11, 1936.

Vice President Fuat Oktay tweeted that coup supporters who cannot accept the national will and President Recep Tayyip Erdoğan's determined stance, targeted democratic institutions, elected people and the Turkish Armed Forces (TSK). He added that the necessary response will be given clearly.

Turkey's Communications Director Fahrettin Altun also underlined that the declaration was released by 103 admirals when 103 days remain until the fifth anniversary of the July 15 failed coup attempt.

On the same day, the Ankara Public Prosecutor's Office launched an investigation into the declaration.