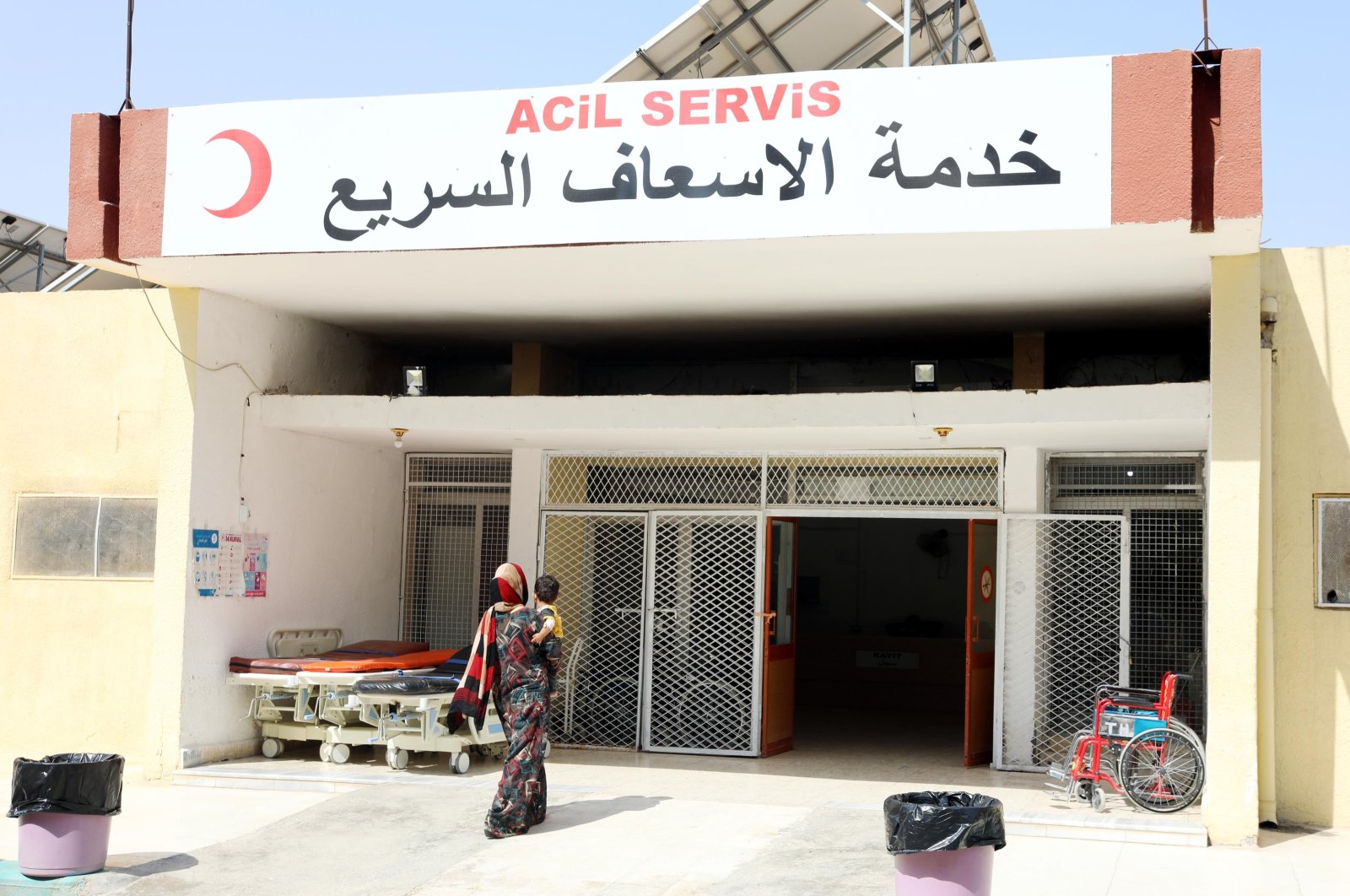 Turkey's reconstruction activities in the liberated provinces of northern Syria continue to pay off as a hospital in Tal Abyad, once burned down by YPG/PKK terrorists, now serves some 800 patients per day.

Amid the launch of Turkey's Operation Peace Spring back on Oct. 9, 2019, terrorists occupying Tal Abyad started to flee the town intending to leave wreckage in their wake. To this end, they burned down the town's only hospital, which they had been using as a military base. They also damaged medical equipment within the facility, rendering much unusable.

After the liberation of the town from the terrorists, reconstruction began on the hospital on behalf of the Turkish Health Ministry, while the medical equipment was replaced with the new installments. Since local residents, once forcibly displaced by the terrorists, have started to return to their hometown, demands on the hospital have started to grow, with the number of patients rising every day.

Expressing gratitude for the hospital's reconstruction, Syrians have stated that it has been a great relief to have such a facility in the town after years of suffering and being forced to go to hospitals in other cities for even the most basic medical procedures.

Speaking to Demirören News Agency (DHA), some residents have also reiterated that the terrorists, while using the hospital as a military base, also gave privilege to their supporters, allowing them treatment while others were banned from such "luxuries."

Officials at the hospital also stated that the facility was now capable of providing all kinds of treatment to hundreds of patients at once, adding that in the upcoming period further improvements would be made to the hospital, especially in terms of the variety of medical equipment available.

Turkey continues to repair damage caused by the PKK terrorist group and its Syrian affiliates in northern Syria.

Tal Abyad is populated mostly by Arabs and was occupied by the Daesh terrorist group in 2014. A year later, the YPG took control of the town with the support of the U.S.-led coalition.

Tal Abyad was later cleared of terrorists as part of Operation Peace Spring on Oct. 13. 2019. Since then, locals have gradually returned with humanitarian aid being provided with the help of the Turkish Armed Forces (TSK) and the Turkish Red Crescent (Kızılay).

Reconstruction activities in the region have had an impact on every aspect of life, including education, as about 7,000 first grade students started school last week within the scope of coronavirus measures.

Within the scope of the new rules, schools have been disinfected and the class layout has been prepared in a way that each child can sit on a single desk. The number of students in classrooms has been minimized as much as possible.

Speaking to Anadolu Agency (AA), Samer Hamdo, the director of the education of Tal Abyad, said that only first graders would go to school initially, while other grades may also return to school if the pandemic can be taken under control.

Apart from schools as hospitals, security still remains one of the main concerns to locals in Tal Abyad, causing Turkey to ramp up measures.

Last month, a security camera system was established in the town by the Şanlıurfa Governorate's Syria Support and Coordination Center (SUDKOM). The system observes all entrances to the town, as well as many streets, squares and public places. All cameras have been integrated into one mobile electronic system that can be controlled remotely from a single office.

It was reported that the cameras are high quality and have all the technological basis to provide 24/7 security in the town.

Sources speaking on condition of anonymity said the terrorists were searching for former members who left the group during Operation Peace Spring and have detained scores over the last two months in Ain al-Arab, also known as Kobani, near the Turkish border.

The terror group has kept detainees in jail for about one month and is asking for 115,000 Syrian pounds ($224) for their release. The group continues to hold those who cannot or refuse to pay.