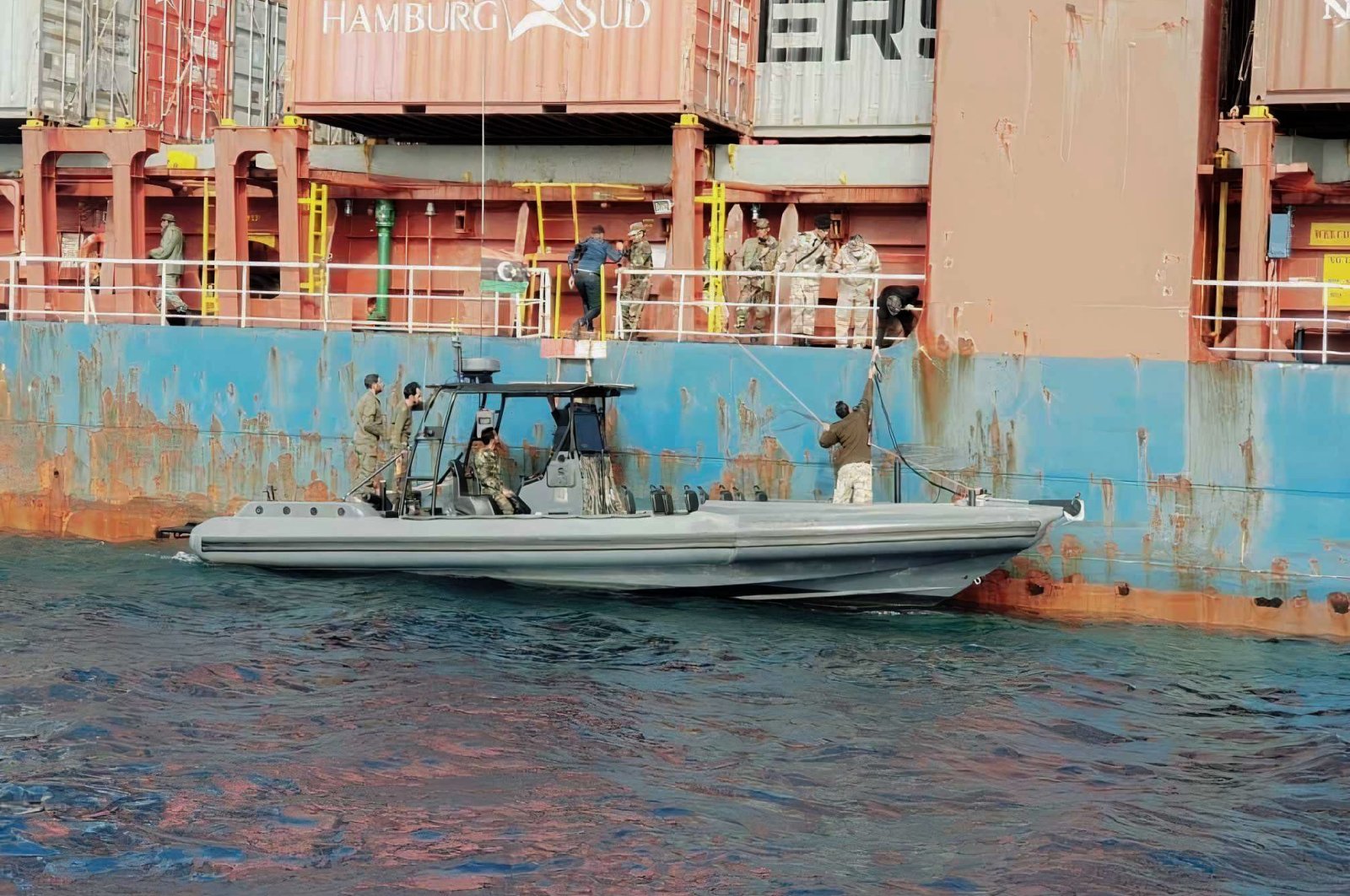 Turkey is the main foreign backer of the internationally recognized Government of National Accord (GNA) in the west, which has for years been fighting the Haftar-led eastern-based Libyan National Army (LNA).

LNA spokesperson Ahmed al-Mismari said that the commercial cargo ship, Mabrouka, had a crew of 17, including nine Turkish nationals and was carrying containers that had not yet been inspected. LNA forces stopped the ship near the eastern port of Derna, he said.

The militia claims the ship entered a prohibited area and did not respond to calls before it was intercepted and brought to the port of Ras al-Hilal.

The spokesperson also told the Al-Hadath television channel that the ship was carrying drugs destined for Misrata but had entered the restricted area.

Claiming they made a call to the ship but did not receive a response, Mismari said: "We approached the ship with boats and boarded it."

The captain did not follow the procedures, and the ship entered the prohibited area without permission, he said, adding there were no weapons on board.

According to information obtained by Anadolu Agency (AA), the crew is in good condition.

Sources said the procedure has been applied to other ships in the region, but no ships have been seized and that a penalty was foreseen for entering the restricted area.

The Turkish Foreign Ministry on Tuesday condemned the move and called for steps to allow the ship follow its preplanned route.

The ministry said the incident took place due to Haftar militias' aggressive actions, despite an ongoing UN effort toward a political process in the country.

The GNA and LNA signed a cease-fire deal in October, and the United Nations has been pushing a political dialogue aimed at elections next year as a solution to Libya's long-running conflict.

Libya has been mired in strife since the ouster of late leader Moammar Gadhafi in 2011.

The new government was founded five years later in 2015 under a U.N.-led agreement, but efforts for a long-term political settlement have so far failed due to the military offensive by Haftar.

Since April 2019, Haftar's forces have launched attacks on Tripoli and other parts of northwestern Libya, resulting in more than 1,000 deaths, including civilians. Haftar has the support of the United Arab Emirates (UAE), Egypt and Russia, while the U.N.-recognized government is backed by Turkey and Qatar.