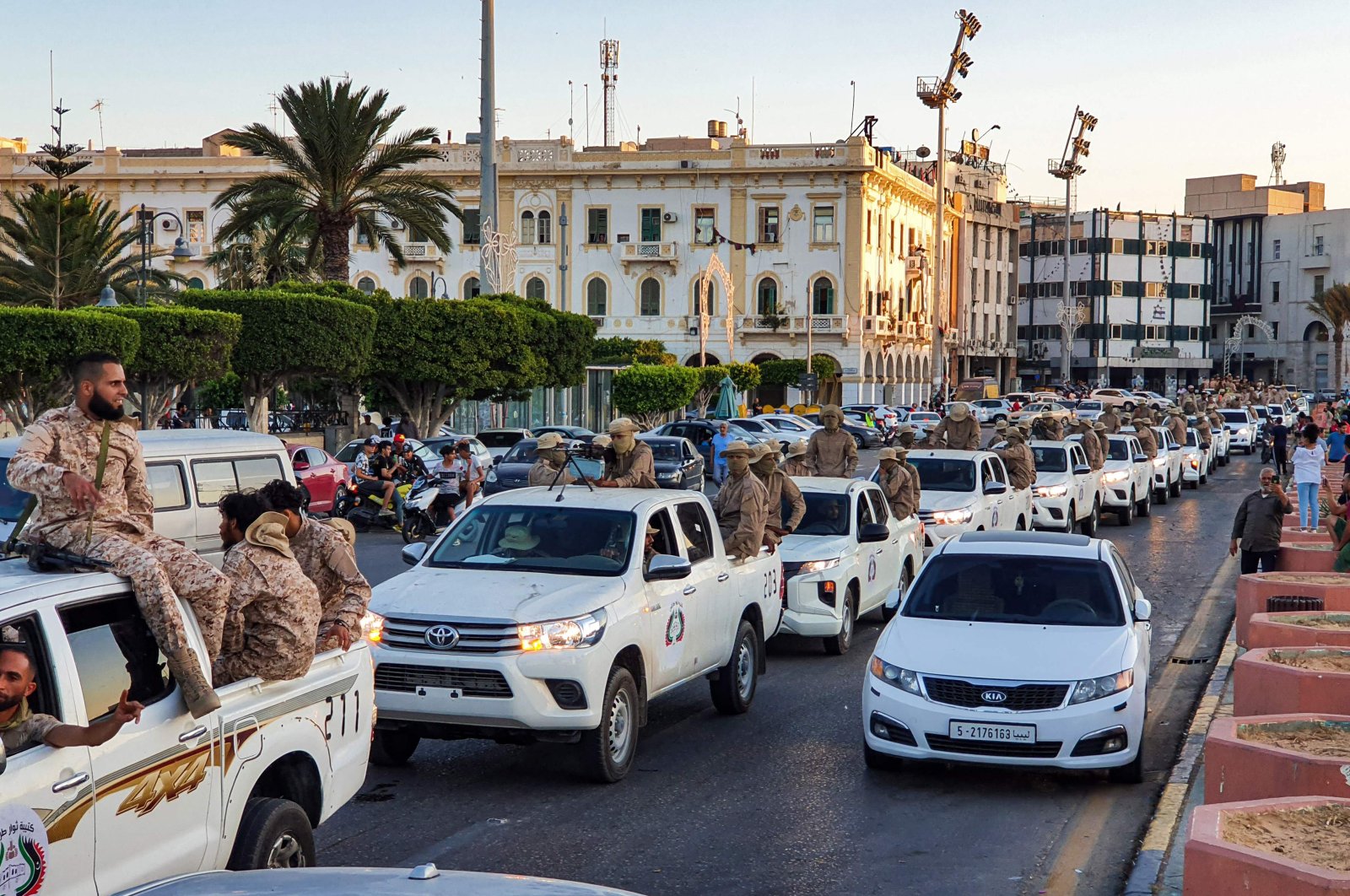 Vehicles of the "Tripoli Brigade", a group loyal to the UN-recognised Government of National Accord (GNA), parade through the Martyrs' Square at the centre of the GNA-held Libyan capital Tripoli, July 10, 2020. (AFP)
by DAILY SABAH Jul 16, 2020 2:23 pm

All the diplomatic missions from fellow states are welcome to reestablish their work in the capital Tripoli, which was recently liberated from the forces of putschist Gen. Khalifa Haftar, Libyan Interior Minister Fathi Bashagha said Wednesday.

Ensuring safety for the diplomats, Bashagha stated from his Twitter account that life is gradually returning back to normal in Tripoli.

The internationally recognized Government of National Accord (GNA) launched Operation Peace Storm in March to counter attacks on the capital and recently regained strategic locations, including the al-Watiya air base.

The GNA also inflicted heavy blows on warlord Haftar and liberated Tripoli and Tarhuna from his militants.