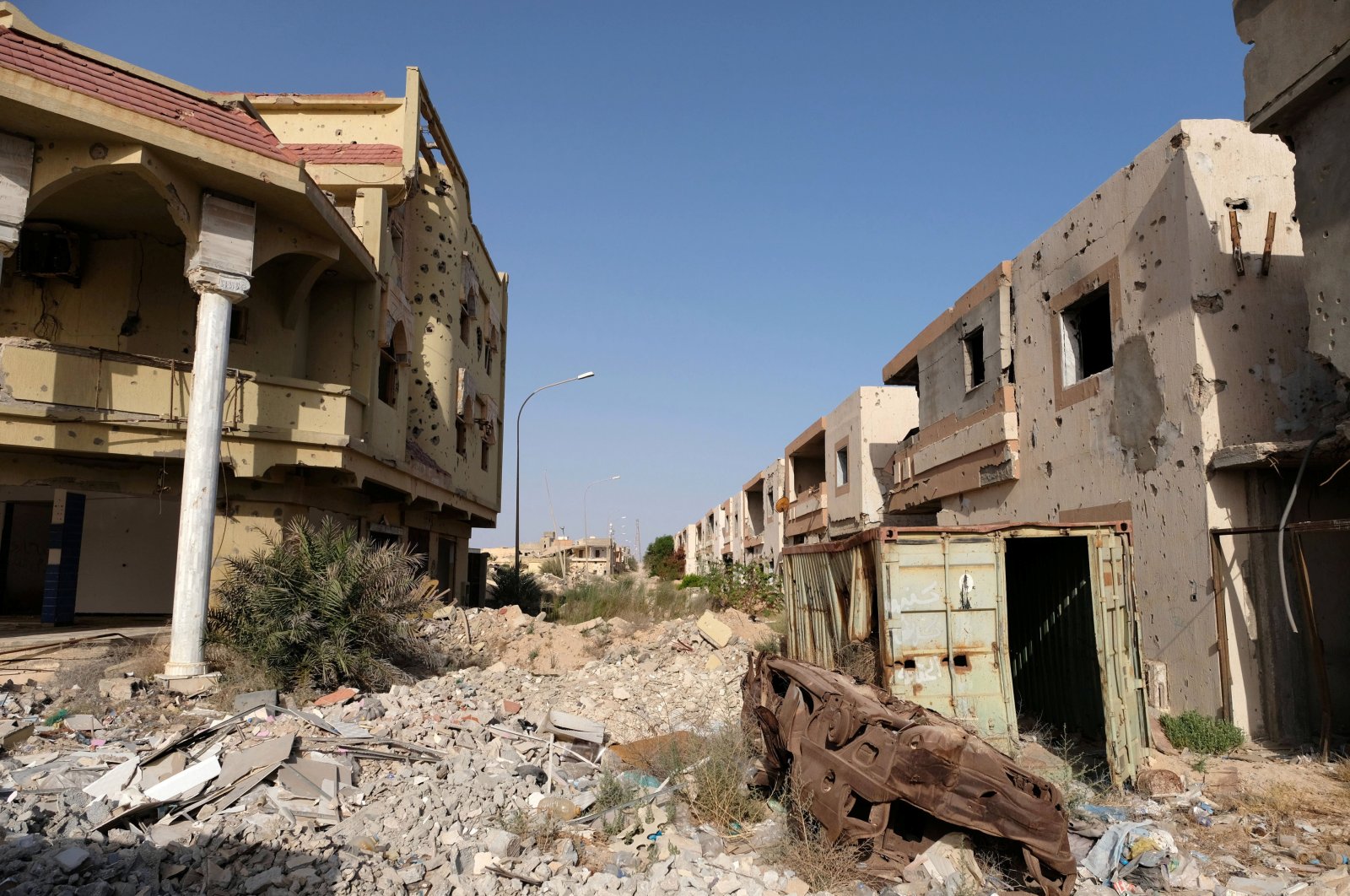 As the U.N. warns of an arms buildup and violations of an arms embargo in Libya, where a fragile cease-fire was introduced last month, the misery of the Libyan people has been compounded by a surge in COVID-19 cases

Stephanie Williams, the U.N. acting Libya envoy, on Wednesday denounced what she called "blatant" ongoing violations of the arms embargo in effect on the war-wracked country while a new U.N. report brought to light enhanced Russian support for Libya’s warlord.

In the same period, 30 flights and nine cargo ships had carried materiel to western Libya to assist the internationally recognized Government of National Accord (GNA) in Tripoli.

Williams said the activity "constitutes an alarming breach of Libya's sovereignty, a blatant violation of the U.N. arms embargo."

The U.N. mission in Libya, whose mandate is up for renewal in mid-September, "continues to receive reports of a large-scale presence of foreign mercenaries and operatives," she said.

Though the envoy did not name any countries, a U.N. report revealed that Russia has stepped up its logistic support for the private military contractor Wagner Group in Libya with some 338 military cargo flights from Syria in the nine months leading up to July 31 to aid Wagner fighters backing eastern-based Haftar.

The U.N. report seen by Reuters on Wednesday assessed "that direct Russian Federation military logistic support to ChVK Wagner, and possibly the other Russian Federation based private military companies ... significantly increased from January 2020 to June 2020."

It listed some 338 "suspicious flights from Syria by Russian Federation military aircraft" to Libya between Nov. 1, 2019, and July 31, 2020. In a confidential May report, the sanctions monitors said that the Russia-based Wagner Group had up to 1,200 people deployed in Libya.

"The arms embargo remains totally ineffective," according to the report by U.N. experts, who added that the violations are "extensive, blatant and with complete disregard for the sanctions."

"Not a single Russian serviceman is currently in Libya," he said, while his U.S. counterpart Kelly Craft slammed the presence of Russian mercenaries linked to the Kremlin.

"There is no place for foreign mercenaries or proxy forces in Libya, including the Russian Ministry of Defense proxy Wagner Group, which is fighting alongside (Haftar)," she said.

France's U.N. ambassador, Nicolas de Riviere, called for a reinforcement of the world body's mission in Libya so that it can help shepherd an eventual cease-fire and ensure that the arms embargo is respected.

Several council members called for a quick nomination of a permanent U.N. special envoy for Libya.

Libya descended into chaos after the NATO-backed overthrow of leader Moammar Gadhafi in 2011. Since 2014, it has been split, with an internationally recognized government controlling the capital Tripoli and the northwest, while Haftar rules the east.

Haftar is supported by the United Arab Emirates (UAE), France, Egypt and Russia, while the government is backed by Turkey.

Haftar launched an offensive in April 2019 trying to capture the capital of Tripoli, yet the warlord’s campaign collapsed in June when forces loyal to the U.N.-supported government in Tripoli, with Turkish support, gained the upper hand, driving his forces from the outskirts of the capital and other western towns.

Fayez Sarraj, head of the GNA, on Aug. 21 announced a cease-fire and called for the demilitarization of Sirte and Jufra, which would mean the withdrawal of Haftar’s forces.

Aguila Saleh Issa, the speaker of the eastern-based House of Representatives and a Haftar ally, also supported the demilitarization of Sirte, calling for it to be the temporary seat of the new government but did not make any mention of Jufra.

However, Haftar forces rejected calls for the cease-fire, claiming that the GNA was preparing to attack Sirte. Williams reminded that on Aug. 26, “Haftar's forces launched Grad rockets toward areas in which GNA forces were operating near Sirte, and last night there were similar reports of rockets launched by forces affiliated with Gen. Haftar. The rockets did not cause any damage or injuries but are a breach of the cease-fire that Gen. Haftar's spokesperson said he signed in June.”

The envoy underlined that with stakes so high “any such reckless action risks igniting large-scale confrontation, with devasting consequences.”

Williams also told the council in a video briefing that “an uneasy standoff continues around Sirte, imperiling the lives of the city’s 130,000 vulnerable inhabitants as well as the country’s vital oil infrastructure, which comprises its economic lifeline.”

Libya has the largest proven crude oil reserves in Africa at 48.4 billion barrels. Natural gas and oil revenues represent approximately 90% of the government’s revenue. However, the country has suffered over $8 billion in losses as a result of the oil blockade and the closure of oil wells by Haftar’s militias in the past 200 days, the National Oil Corporation (NOC) declared in August.

Fighting has stalled around the central Mediterranean port of Sirte, the gateway to Libya's eastern oil fields and export terminals and to the key Jufra air base to the south.

Sirte lies roughly halfway between Tripoli in the west and Libya's second-largest city Benghazi in the east.

COVID-19 heading 'out of control'

Williams said the misery of the Libyan people “is further compounded by the debilitating effect of the COVID-19 pandemic.” She said the number of confirmed coronavirus cases “has more than doubled in the last two weeks, with 15,156 cases and 250 recorded deaths as of Sept. 1.”

“Exponential increases are a worrying trend, with community transmission now reported in some of Libya’s main cities, including Tripoli and Sebha,” she said.

Further, she said, “the true scale of the pandemic in Libya is likely to be much higher” because of testing shortages and inadequate health care facilities while dealing with virus cases is beset by an "extreme shortage of medical supplies and workers.”