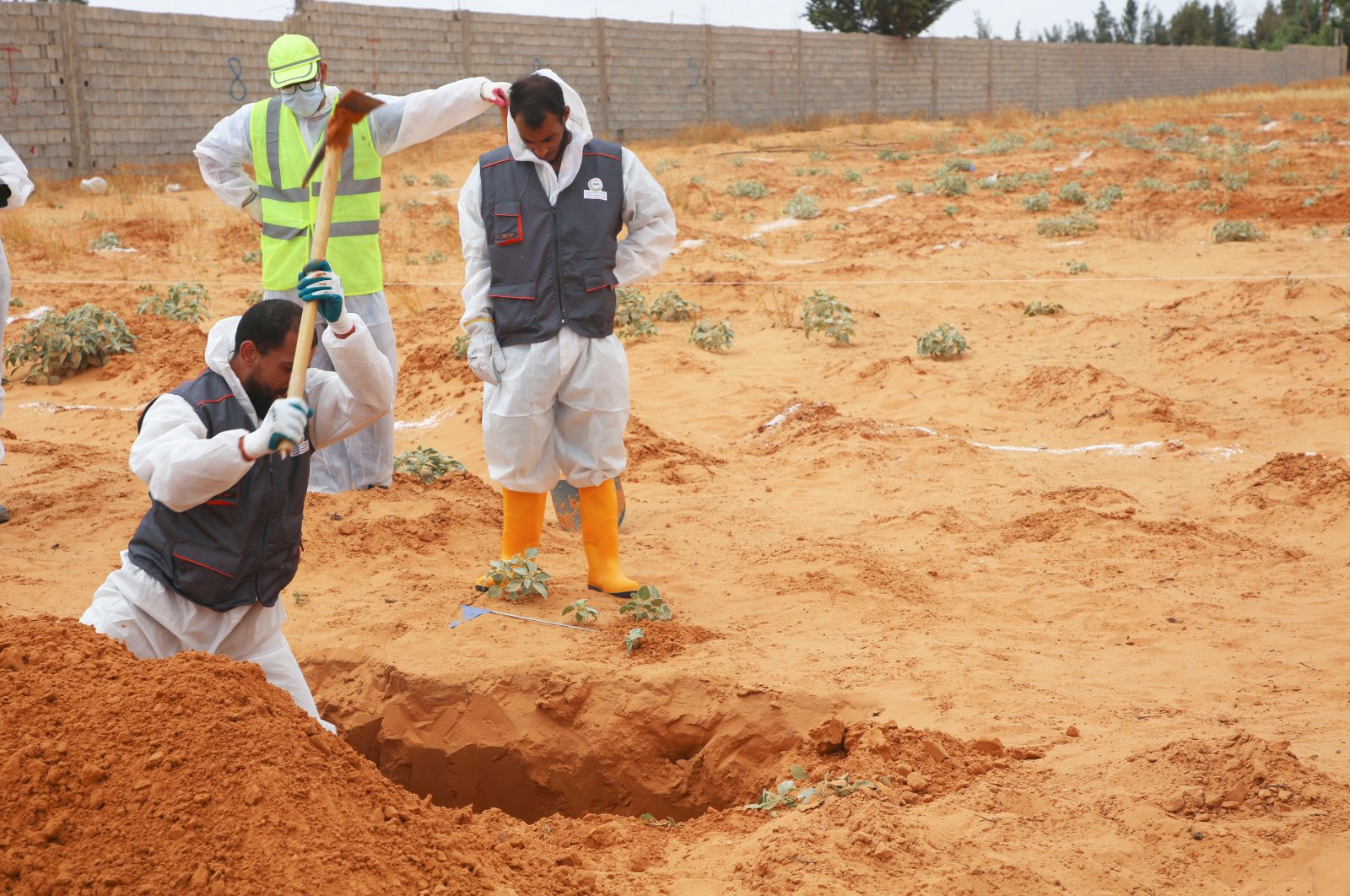 Libyan Ministry of Justice employees dig out at a site of a suspected mass grave in the town of Tarhouna, Libya, Tuesday, June 23, 2020. (AP Photo)
by DAILY SABAH WITH AA Jul 15, 2020 9:39 am
Edited By Nurbanu Tanrıkulu Kızıl
RECOMMENDED

The Libyan army announced Wednesday that a total of 225 bodies have been unearthed from mass graves in the south of the capital Tripoli and in the city of Tarhuna and its surrounding areas in 40 days.

The corpses were found in areas liberated from eastern Libyan warlord Khalifa Haftar's militia, according to a statement by the press office of the government-led Operation Volcano of Rage.

The statement said that since the liberation of Tarhuna from Haftar's militias, an agency has taken the necessary measures to find mass graves and unearth the corpses.

At the beginning of July, the press office reported that the number of bodies found between June 5 and June 28 totaled 208.

On June 5, the Libyan army liberated Tarhuna, which was being used as an operation and supply center by militias loyal to Haftar.

Hundreds of corpses were found in the city hospital, a container belonging to the hospital and water well near the city.

The most tragic part in Tarhuna came to light when mass graves were excavated as part of investigations opened by the Libyan government.

The United Nations voiced "horror" after the discovery of mass graves.

"UNSMIL notes with horror reports on the discovery of at least eight mass graves in past days, the majority of them in Tarhuna," the U.N. mission said in a statement on Twitter in June.

Pro-Haftar forces, backed by Russia, Egypt and the United Arab Emirates (UAE), had been battling since April in fighting that has left hundreds dead and forced 200,000 to flee their homes.

It also inflicted heavy blows on warlord Haftar and liberated Tripoli and Tarhuna from his militants.