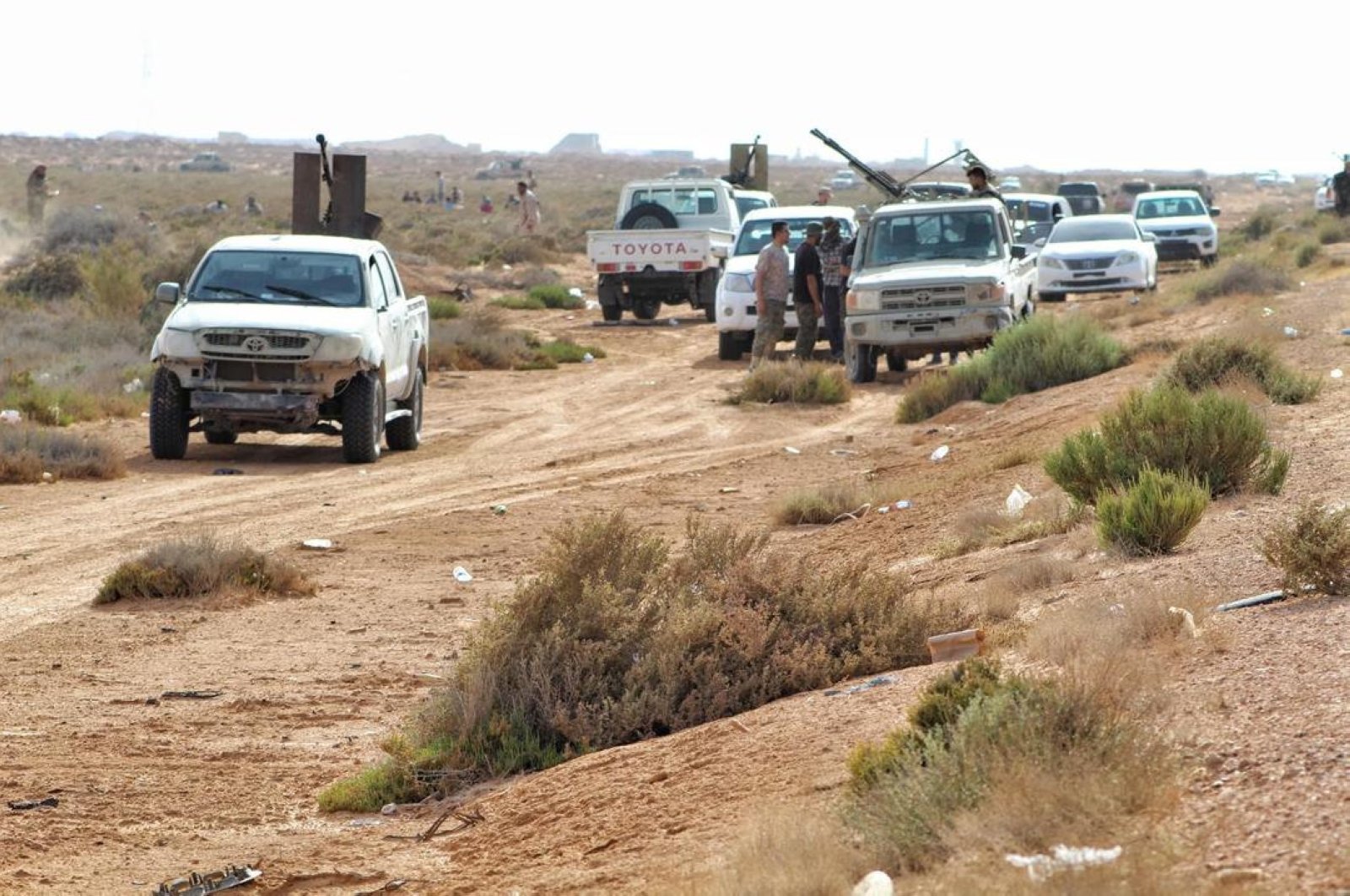 Vehicles belonging to the Libyan Army are seen in the countryside of the coastal city of Sirte during their operation to liberate the city from forces of eastern-Libya based Khalifa Haftar, on June 09, 2020. (DHA Photo)
by Anadolu Agency Jun 11, 2020 1:37 pm
Edited By Sinan Öztürk

The Libyan Army on Thursday said it gained control of the main supply line used by Khalifa Haftar's militias, days after it regained full control of the capital Tripoli from the forces loyal to the eastern-based putschist commander.

An army statement said it now controlled the 350-kilometer-long (217.5-mile-long) supply line that connects the south and west of Libya and was used by Haftar's militias for over a year.

Separately, it said Libyan Prime Minister Fayez Sarraj met military commanders in Tripoli, and in the country's north and center.

He reviewed military operations against Haftar, who is backed by the United Arab Emirates, along with efforts to ensure the safety of the people, and public facilities in recaptured areas.

The government launched Operation Peace Storm in March to counter attacks on the capital and recently repelled the 14-month assault. It also regained strategic locations, including al-Watiya air base and the city of Tarhuna.

Following the ouster of late ruler Moammar Gadhafi in 2011, Libya's new government was founded in 2015 under a political deal led by the U.N.