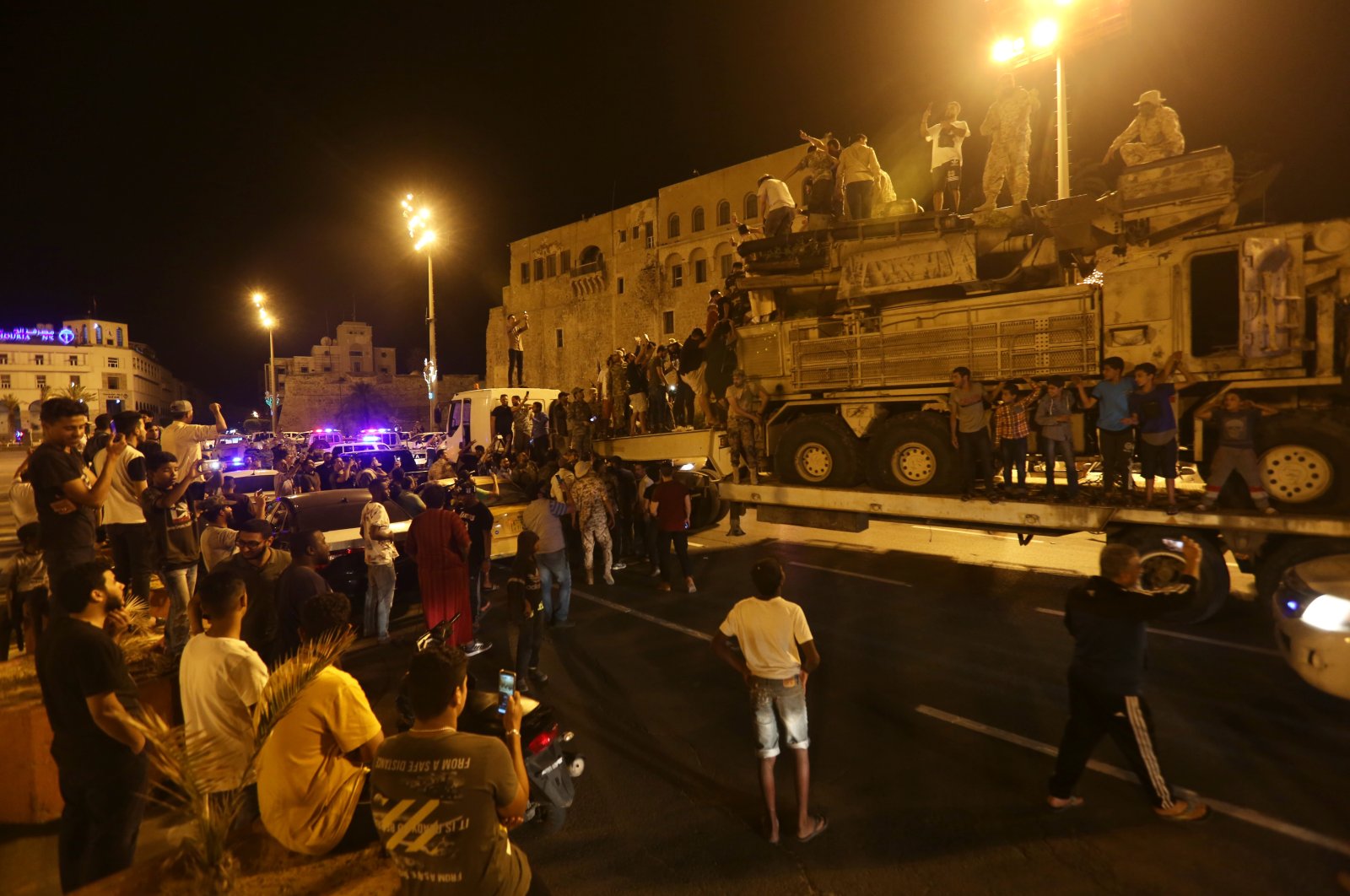 Forces loyal to Libya's UN-recognised Government of National Accord (GNA) parade a Pantsir air defense system truck in the capital Tripoli, May 20, 2020. (AA)
by DAILY SABAH WITH AA May 22, 2020 11:29 am
RECOMMENDED

Forces loyal to the United Nations-backed government in Libya continue their movements in the country while forcing putschist Gen. Khalifa Haftar's militias to retreat with an aim to liberate the whole country from his command.

A Libyan Foreign Ministry spokesman said Thursday the government aims to secure control of all territories in the country, including those currently under the control of Haftar.

"The Government of National Accord's (GNA) objective is to establish secure control over all Libyan soil," said Mohamed Geblawi.

"This is required in order to enable a productive political dialogue among all Libyans who share the vision of a civilian and democratic state," he said.

The army recently inflicted severe blows on Haftar's militants with an air campaign in which multiple Russian-made Pantsir air defense systems were destroyed.

One of the most significant achievements of the army was retaking the Al-Watiya air base, a strategically important military base that was under Haftar's control for years.

Having liberated three towns over the past 72 hours, the Libyan Army Thursday announced its next move would be toward the city of Mizdah, which is of critical importance as it stretches to the city of Tarhouna, which is used by Haftar's militias as an operational and logistics center.

Mustafa al-Mujie, the spokesman for the government-led Burkan Al-Ghadab (Volcano of Rage) operation, told Anadolu Agency (AA) that the army forces gained control in the town of Esabia in southern Tripoli on Thursday and now they will move toward Mizdah, which is 180 kilometers (111 miles) from the capital.

Al-Mujie went on to say that the retaking of Mizdah would mean cutting the logistic line of Tarhouna through which the Haftar militias conduct attacks on the capital.

The Libyan government has been under attack by warlord Haftar's armed forces since April 2019.

The Libyan government launched Operation Peace Storm on March 26 to counter attacks on the capital. Following the ouster of late dictator Moammar Gadhafi in 2011, Libya's new government was founded in 2015 under a U.N.-led political deal.

The town of Urban, located 87 kilometers south of the capital Tripoli, also declared its support for the GNA on Thursday.

In a statement released by the town's assembly, the locals underlined that they are supporting "Libya's children who are loyal to the legitimate government."

The statement also underlined that the town refuses to return to the days of dictatorship.

Haftar stepped up attacks on civilians this May, as the Libyan Army recently gained an advantage and inflicted severe losses on his militants.

Several U.N.-backed attempts to reach a cease-fire between Libya's two rival forces have failed, and the world body has slammed repeated violations of a 2011 weapons embargo. In March, the U.N.'s Libya envoy, Ghassan Salame, quit his post citing health reasons.