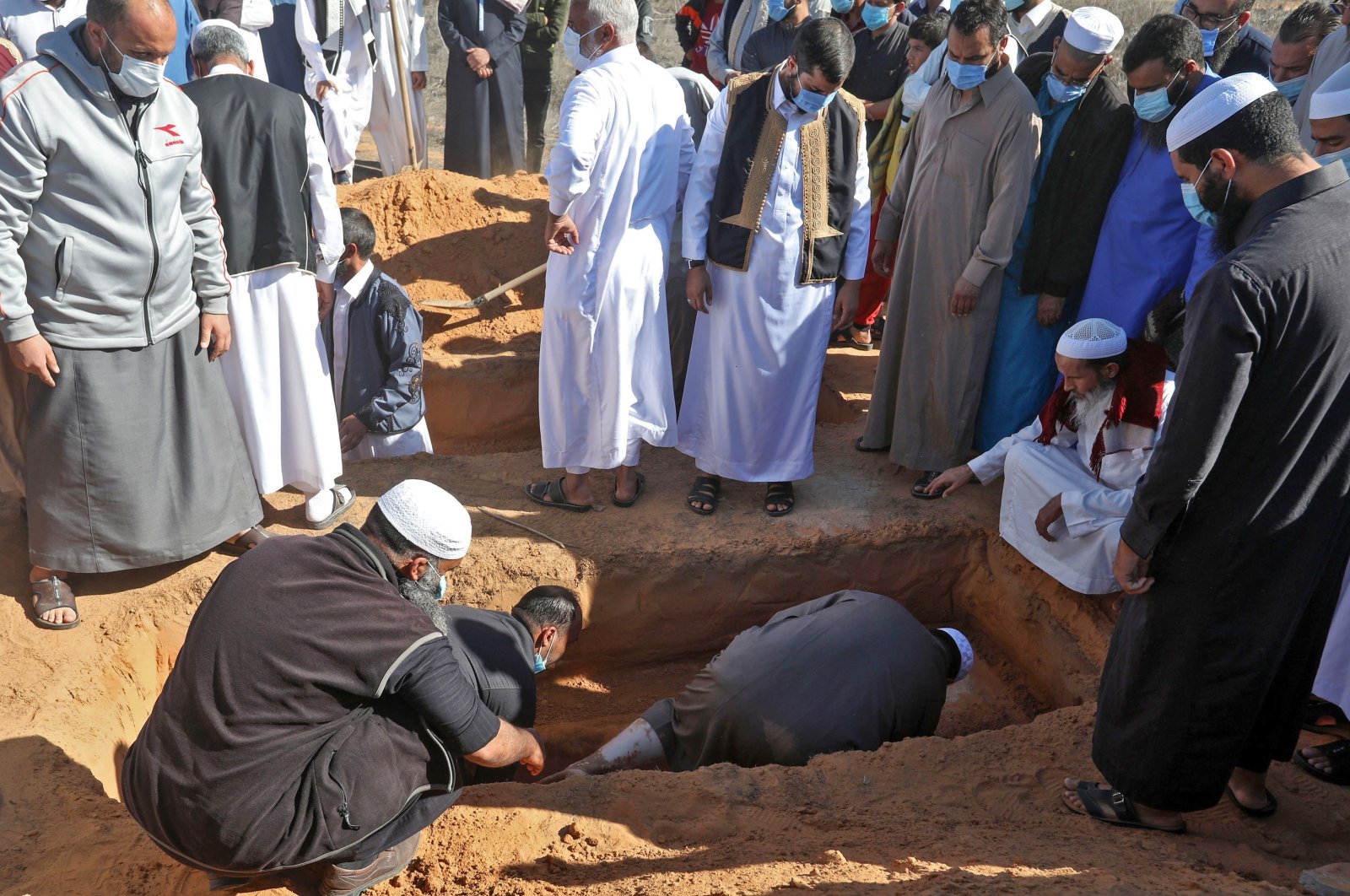 A new mass grave was found in Libya's southwestern city of Tarhuna that was recently liberated from the putschist Gen. Khalifa Haftar’s forces, the Libyan government said Sunday.

"The grave was discovered in Alrabet area, a former stronghold of Haftar's militia in the city," Lutfi Tawfiq, the director of the General Authority for Research and Identification of Missing Persons, told Anadolu Agency (AA), emphasizing that efforts were still underway to exhume the bodies inside the grave.

The Libyan government has repeatedly called on the United Nations, the International Criminal Court (ICC) and other human rights groups to demand an international investigation into the mass graves.

Last week, the Libyan authorities discovered five mass graves in the same area in Tarhuna where 12 bodies were exhumed.

The country's officials claimed that Haftar's militia and allied mercenaries have committed several war crimes and crimes against humanity in the period between April 2019 and June 2020.

On June 16, the Libyan government found 226 dead bodies in mass graves in Tarhuna and south of Tripoli.

Libya has been torn by civil war since the ouster of late ruler Moammar Gadhafi in 2011. The Government of National Accord (GNA) was founded in 2015 under a U.N.-led agreement, but efforts for a long-term political settlement failed because of Haftar's military offensive.