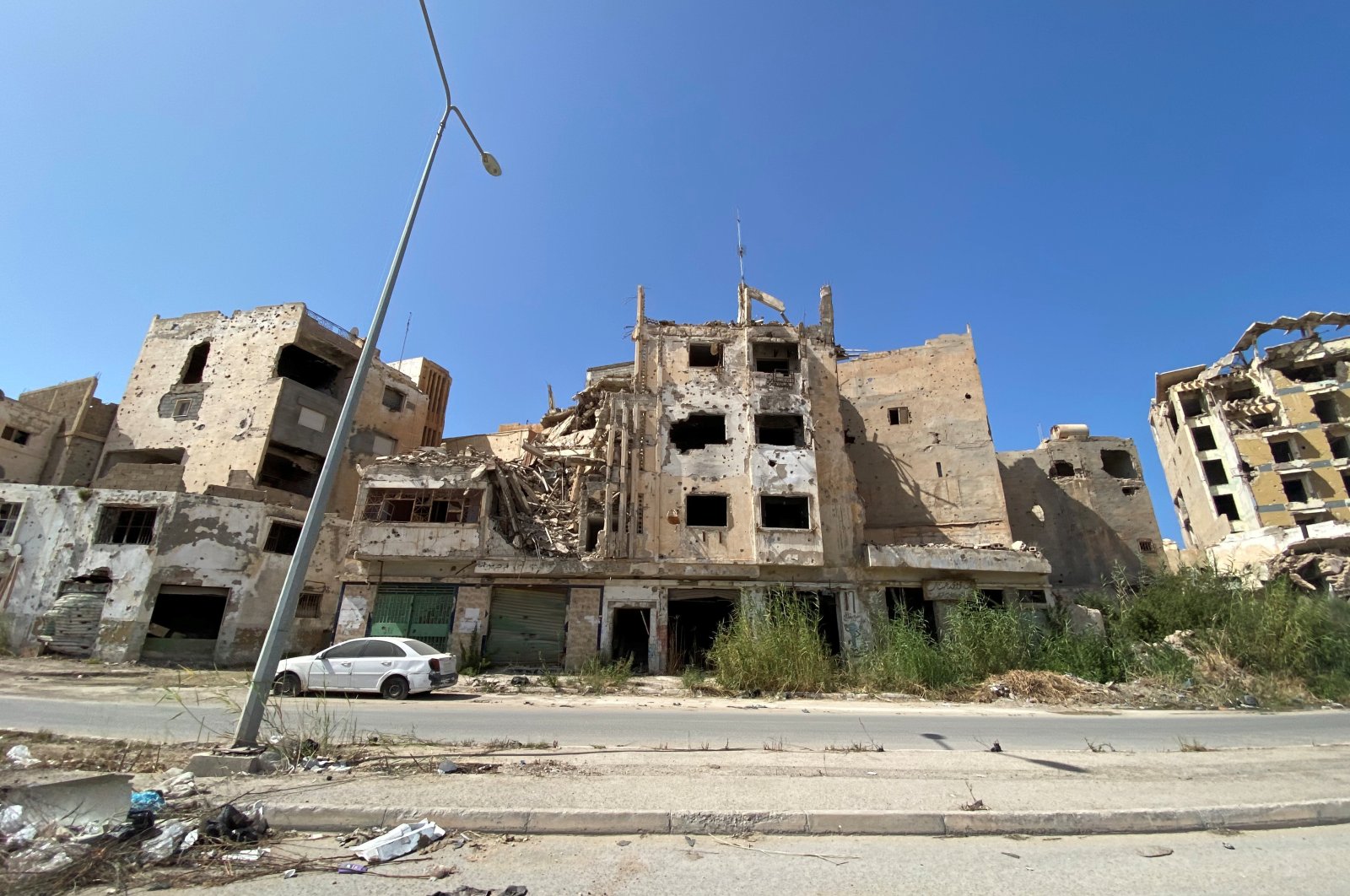 Buildings destroyed during past fighting with Daesh terrorists are seen in Benghazi, Libya, Sept. 30, 2020. (Reuters Photo)
by DAILY SABAH Oct 09, 2020 11:00 am
RECOMMENDED

The defense minister of Libya’s United Nations-recognized government has warned that eastern-based putschist Gen. Khalifa Haftar is preparing to launch an attack and instructed the general staff to be on guard at the highest level Friday.

Al-Namrush instructed the general staff, regional commands and western region joint operation department to be ready to repel the attacks by Haftar.

In a tweet, al-Namrush said the Libyan Army is adhering to the cease-fire that is supported by the international community, yet they are ready to retaliate against continuing violations by Haftar's militias.

The head of the U.N.-backed government, Fayez Sarraj, in August called for a cease-fire and the demilitarization of the Sirte and Jufra areas. Aguila Saleh, the speaker of the eastern-based House of Representatives, which backs Haftar, supported Sarraj’s proposal for demilitarizing Sirte, but he did not mention Jufra, which includes a vital military air base held by Haftar.

However, on Aug. 27, the Libyan Army announced the first breach of the cease-fire by the militias, which fired more than a dozen Grad rockets at army positions west of Sirte.

“We will not give up on one inch of the land of Sirte and Jufra,” he underlined.

Prior to the cease-fire, fighting stalled around the central Mediterranean port of Sirte, the gateway to Libya's eastern oil fields and export terminals, and to the key Jufra air base to the south.

The minister further added that any agreement bearing traces of Haftar would be rejected and that Haftar or anyone else who has any intention of killing or damaging the property of Libyans would be called to account.

Libyan authorities stated in July that international efforts are underway to establish a fact-finding committee to investigate the war crimes of Haftar's militias, including planting mines and digging mass graves.

Human Rights Watch (HRW) also called on Haftar in June to investigate alleged war crimes by his fighters after the discovery of mass graves in the territory formerly under their control.

The Government of National Accord (GNA) was founded in 2015 under a U.N.-led agreement. Unfortunately, efforts for a long-term political settlement have failed due to a military offensive by forces loyal to Haftar, who is backed by Egypt, France the United Arab Emirates (UAE) and Russia.