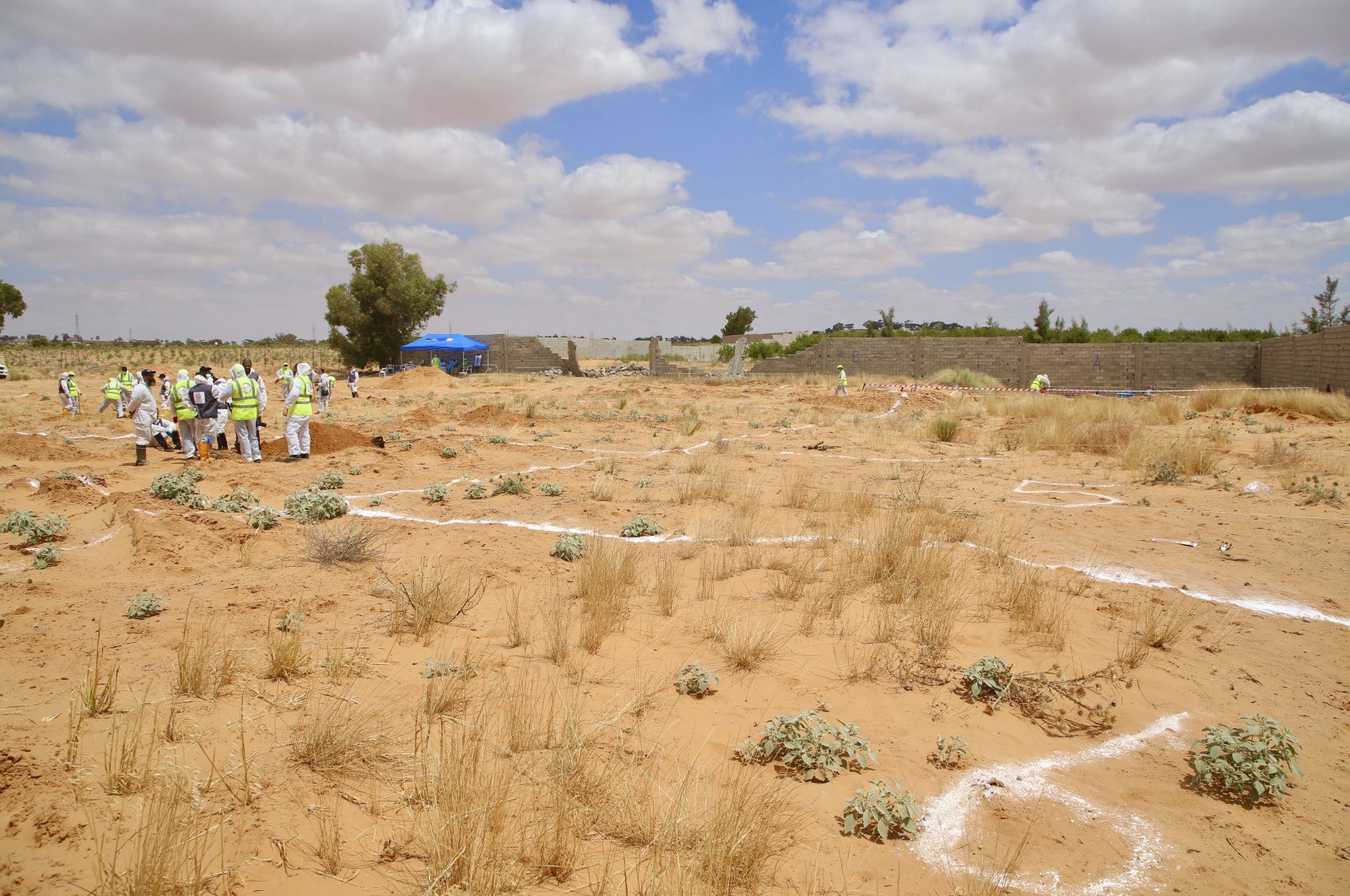 Libyan Ministry of Justice employees dig at the site of a suspected mass grave in the town of Tarhuna, Libya, June 23, 2020. (AP File Photo)
by daily sabah Aug 05, 2020 11:48 am
Edited By Nurbanu Tanrıkulu Kızıl
RECOMMENDED

Noting that the Egyptian military has no power to enter another war, Shuwaidi told the Turkish daily Yeni Şafak that Egypt was already busy dealing with its own problems, including an economic and health care crisis.

“It is not possible for el-Sissi to go to war, which would have awful repercussions for himself,” Shuwaidi said, adding that Libya had a vast desert that would swallow up any Egyptian soldiers trying to enter the country.

The deputy parliament speaker also praised Turkey’s assistance for the internationally recognized government in Tripoli, saying that the country had “breathed life” into the Government of National Accord (GNA) against Haftar's attacks targeting the capital and endangering the lives of civilians.

Shuwaidi also touched upon the crisis in the Libyan parliament, saying that Aguila Saleh, who supports putschist Gen. Haftar, is only the parliament speaker on paper and some countries have been trying to legitimize his position.

He kindly asked the Turkish government and Parliament to directly communicate with the Libyan parliament in Tripoli and invite pro-GNA parliament speaker Hamouda Sayala to the Grand National Assembly of Turkey (TBMM).

“I want Turkey, the major ally of Libya, to be the first country to invite our parliament to their parliament,” Shuwaidi said.

Turkey backs the United Nations-recognized GNA in western Libya, while the illegitimate forces of Haftar are supported by the United Arab Emirates (UAE), as well as Saudi Arabia, Egypt, Russia and France.

Turkey has helped the Tripoli administration by forcing Haftar's militias to abandon an offensive on Tripoli.

El-Sissi in June said Egypt's military may enter Libya if the Tripoli government moves on Sirte, a central coastal city seen as the gateway to Libya's main oil export terminals.

Libya has been torn apart by civil war since the ouster of late ruler Moammar Gadhafi in 2011. The government was founded in 2015 under a U.N.-led agreement, but efforts for a long-term political settlement failed due to a military offensive by forces loyal to Haftar.