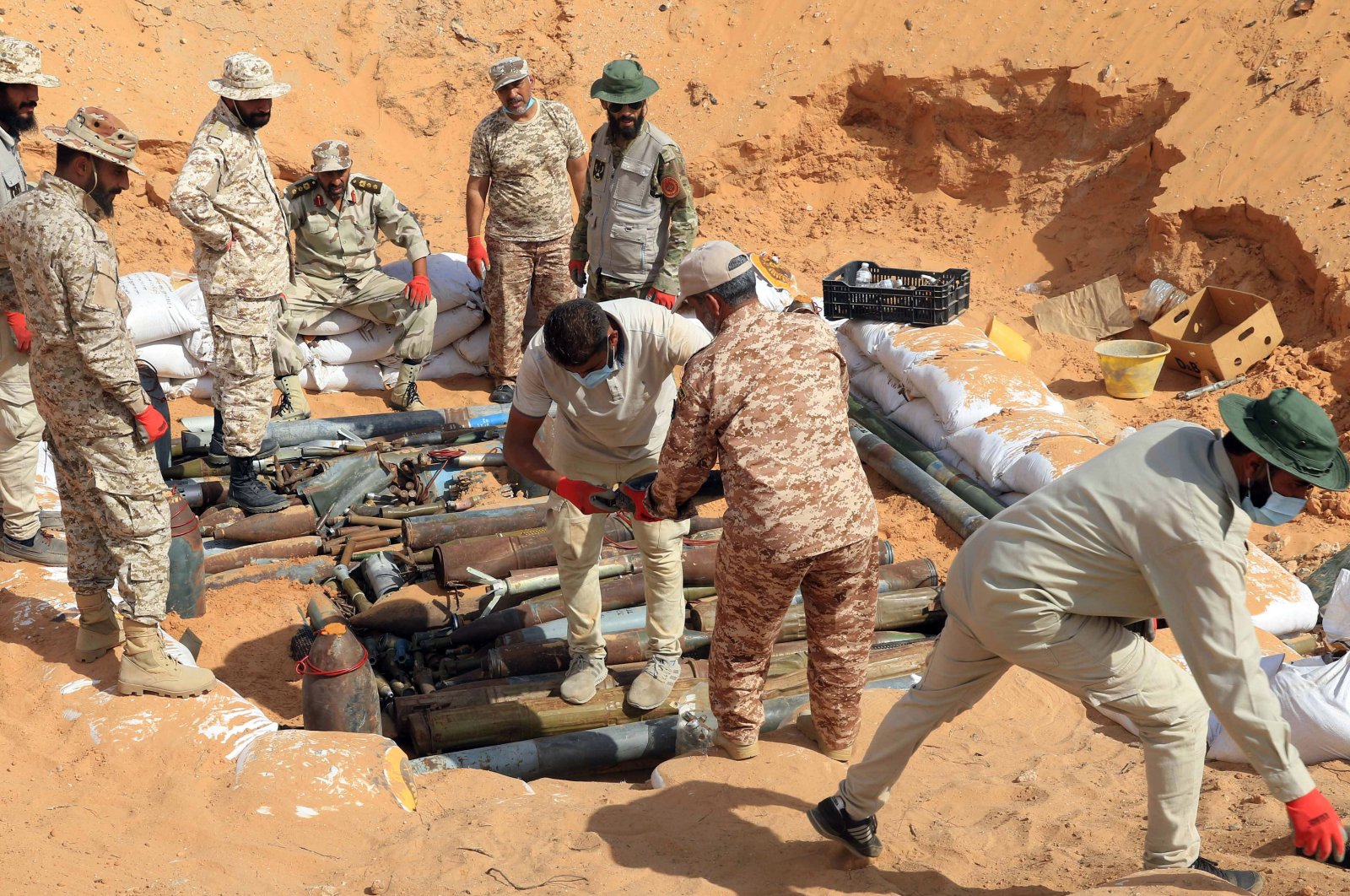 Military engineers of the U.N.-recognized Libyan Government of National Accord (GNA) prepare to dispose of ammunition and explosives in Tripoli, Libya, Oct. 12, 2020. (EPA Photo)
by Anadolu Agency Oct 12, 2020 11:50 pm

The Libyan government on Monday said it had discovered two more mass graves in the city of Tarhuna, 90 kilometers (56 miles) northeast of the capital Tripoli, likely left behind by forces of retreating putschist Gen. Khalifa Haftar.

The General Authority for Research and Identification of Missing Persons said in a statement that "the first grave contains four corpses, where Authority's teams are still working to exhume the bodies."

The authority also said that after ending work on the first grave, "work will start on the second grave, which is expected to include a number of corpses."

It added that since Haftar's forces were driven from western Libya, atrocities they committed in areas once under his control are discovered on almost a daily basis.

According to Libyan official sources, Haftar's forces and affiliated militia committed war crimes and acts of genocide in the period between April 2019 and June 2020.

On June 16, the Libyan government found 226 dead bodies in mass graves in Tarhuna and south of Tripoli.

The United Nations recognizes the government headed by Fayez Sarraj as the country's legitimate authority, as Tripoli has battled Haftar's militias since April 2019 in a conflict that has claimed thousands of lives.

Turkey supports the legitimate Government of National Accord (GNA) led by Sarraj.