Libyan government has had enough with Russian mercenaries, "determined" to liberate country 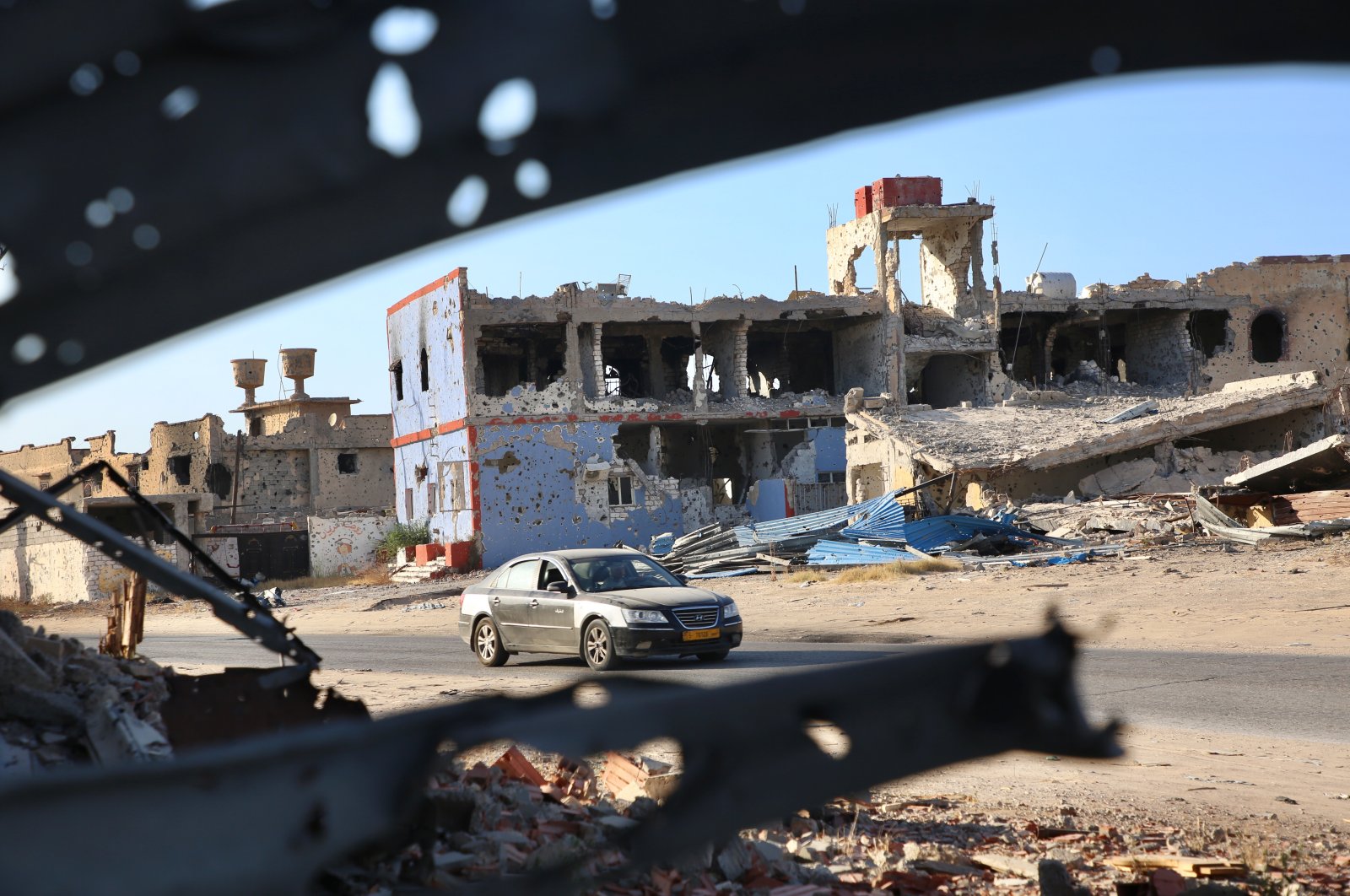 Although the capital province of Tripoli has been liberated from Haftar forces and its backers on June 4, the city still carries the damages left by the constant attacks, June 27, 2020. (AA)
by DAILY SABAH WITH AGENCIES Jun 28, 2020 1:11 pm
RECOMMENDED

The presence of Russian mercenaries has become a point of contention in Libya, with many members of the Wagner Group occupying the country's main oil fields, Libyan Army spokesperson Mohammed Qanunu said Saturday.

He added that the Libyan government has now set the clearing of foreign forces from the region as a priority. Clearing Sirte and Jufra of Russian mercenaries is now obligatory, he said.

Qanunu said Sirte, a focal point of criminal provisions and Russian mercenaries, who were defeated in Tripoli and Tarhuna, had become the most dangerous place for Libya's peace and security, according to a statement issued by the press office of Operation Volcano of Rage.

The Wagner mercenaries had turned the Jufra base and airport into a command center to take control of southern oil fields. "We are determined to save these cities through either peaceful or military means," he said.

According to previous media reports, the Wagner Group has brought over 1,000 militias to Libya, including Russian pilots who trained troops loyal to the putschist Gen. Khalifa Haftar. There were also reports of Russian Sukhoi-22 warplanes flying over Libya.

The Mercenaries previously had field experience in Ukraine and are now fighting in Libya, according to the media.

As the presence of the mercenaries in the war-torn country increases, Libyan Interior Minister Fathi Bashagha said Saturday foreign mercenaries occupying the country's oilfields was a threat to Libya's national security.

Writing on Twitter, Bashagha described the occupation of El-Sharara oilfield by foreign mercenaries as a "dangerous precedent."

"This is a grave threat to Libya's national security and harms the interests of U.S. and European oil firms," he said.

Bashagha accused an Arab state of complicity in the halt of Libyan oil supplies without naming any country specifically.

The Libyan minister went on to call on the European Union to list Wagner Group as a terror-sponsor entity for "committing crimes against humanity."

The El-Sharara oilfield produces more than 300,000 barrels of crude oil per day, roughly one-third of the oil-rich country's production.

The oilfield resumed production on June 7 after a months-long hiatus that caused billions of dollars in losses.

Libya holds Africa's largest crude reserves, but nine years of conflict and violence since the ouster of dictator Moammar Gadhafi have hobbled production and exports.

Libya's permanent representative to the U.N., Taher el-Sonni, on Saturday, also called for imposing sanctions on Russian and Sudanese mercenaries in the country.

"Since U.N. Sec. Council failed to sanction individuals/mercenaries such as Wagner/Haftar and others, who violate all resolutions, U.S./EU should take such actions & freeze assets as any terrorist organization and hold those who finance them accountable, we have witnessed such swift actions before on other, lesser threats," el-Sonni wrote on Twitter.

Meanwhile, although criticism against the mercenaries is rising, Russian jets continue to bring mercenaries to the war-torn country from other conflicted areas, particularly Syria.

The Libyan Army on Friday said Russian planes, carrying Syrian mercenaries and weapons, had made at least 11 landings at the al-Ghardabiya air base in the city of Sirte.

The planes transported mercenaries from Syria and six Pantsir air defense systems, as well as weapons and ammunition, according to the Libyan military.

This is not the first time Russia has sent mercenaries to Libya from Syria and other places. A similar transfer of some 600 mercenaries from Syria's Homs province took place earlier, as well as other more small-scale transfers.

Since the ouster of Gadhafi, two seats of power have emerged in Libya: Haftar in eastern Libya, supported by Egypt and the UAE, and the Government of National Accord (GNA) in Tripoli, which enjoys U.N. and international recognition.

Haftar has been trying to capture the capital, Tripoli, for months with the aid of mercenaries brought from neighboring countries, including Sudan and Chad. Haftar's illegal attempts to grab power are being supported by the United Arab Emirates, France, Saudi Arabia and Russia. Those countries, largely the UAE, also provide military equipment to Haftar, despite a U.N.-enforced arms embargo.

Against Haftar's attempts, the GNA is backed by the U.N., as well as Turkey and other major actors such as the U.S.

On Friday, the U.S. Embassy in Libya condemned the occupation of the oilfield by Wagner and other foreign mercenaries as part of "an unprecedented foreign-backed campaign to undermine Libya's energy sector."

The U.S. Command in Africa (AFRICOM) on Saturday also underlined the strength of bilateral cooperation with the Libyan government.

In a statement to the Libyan private broadcaster, February TV, AFRICOM said the U.S. views that peace should be established in Libya through a political process.

It warned that the involvement of the Russian Wagner mercenaries in Libya delays the achievement of peace in the country and prolongs the suffering of the Libyans.

AFRICOM said that it has underlined to the Libyan government "the necessity to return to dialogue."

Underlining that Turkey was a major country and a strategic ally of the Libyan government, he said Turkey was in coordination with the U.S. in Libya.

Foreign involvement in the war raises concerns as U.N. acting Libya envoy Stephanie Williams last month warned that the influx of weaponry, equipment and mercenaries to the country's warring sides would intensify the conflict.

While the intervention of the UAE and Russia is seen as hostile and aggressive since it demands armed means to install a military dictatorship in Libya, when it comes to Turkey, many pundits state that the latter's involvement is regarded as a relief by the majority of the Libyans for its focus on the political process.