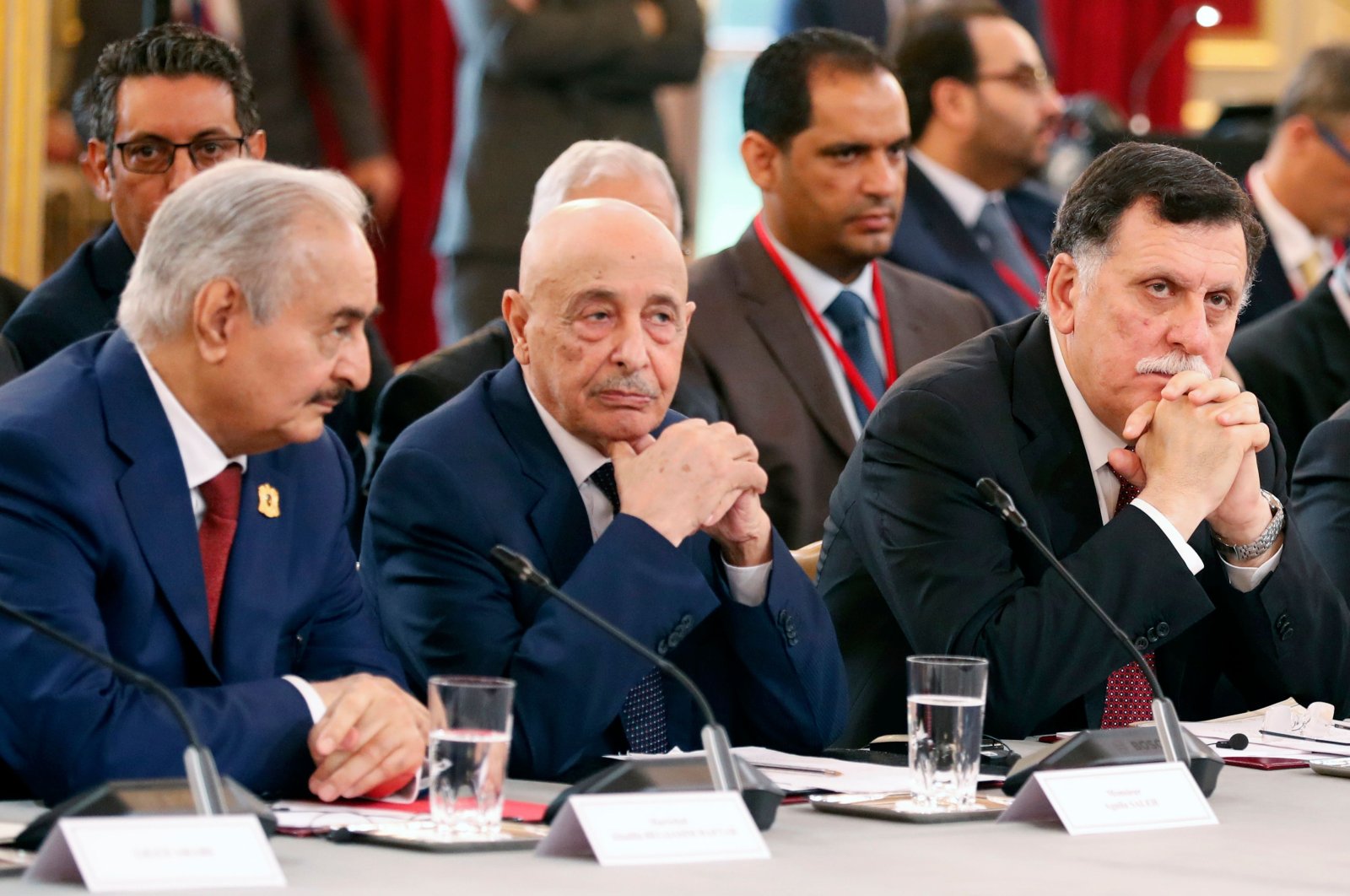 A Libyan government statement on Friday ordered an immediate cease-fire for all military forces and combat operations in the war-torn country.

“Cease-fire requires demilitarization of the Sirte and Jufra regions with security arrangements,” the statement said.

The internationally recognized government, the Government of National Accord (GNA) also confirmed in the statement that its call for presidential and parliamentary elections in March is still valid.

The truce will make Sirte the temporary seat of the new Presidential Council that will be guarded by joint police forces, Saleh added.

The cease-fire calls by both sides were welcomed by the United Nations Support Mission in Libya (UNSMIL). The mission shared a tweet saying that the move will "activate the political process."

On Wednesday, it was announced that Khalid al-Mishri, head of Libya's High State Council, agreed to meet Saleh in Morocco.

Libya has been torn by civil war since the ouster of late dictator Moammar Gadhafi in 2011. The GNA was founded in 2015 under a United Nations-led agreement, but efforts for a long-term political settlement have failed due to a military offensive by forces loyal to Haftar.

The GNA, headed by premier Fayez Sarraj has battled Haftar's militias since April 2019 in a conflict that has claimed thousands of lives.

Turkey continues to support the internationally recognized government, while Haftar has been backed by Russia, France, Egypt and the United Arab Emirates (UAE).

Back in July, Turkish Foreign Minister Mevlüt Çavuşoğlu said U.N.-recognized government will agree to a cease-fire only if Haftar withdraws his forces from the country's central and western regions.

He said, "When Ankara consulted with the GNA, the Libyan officials stated their preconditions on Sirte and Jufra and for Haftar's forces to return to 'lines' they held in 2015."

In June, The European Union called on all parties involved in the Libyan conflict to end military operations and engage in peace talks in a joint statement signed by EU foreign policy chief Josep Borrell and the foreign ministers of France, Germany and Italy.

The European ministers also insisted on the need to "engage constructively in the five-plus-five negotiations" in reference to a supposedly joint military commission that helped broker a cease-fire announced in Cairo earlier in June.

A political initiative was agreed to between Egypt's Abdel Fattah el-Sissi, Saleh and Haftar.
The Cairo Declaration called for a cease-fire in Libya and proposed a new assembly to form the House of Representatives and Presidential Council.
However, neither the members of the GNA nor their international allies were present at the conference in Cairo.

Haftar on Jan. 14 refused to sign onto a Russian-Turkish initiative for a cease-fire and continued his offensive and failed attempt to capture the capital Tripoli.