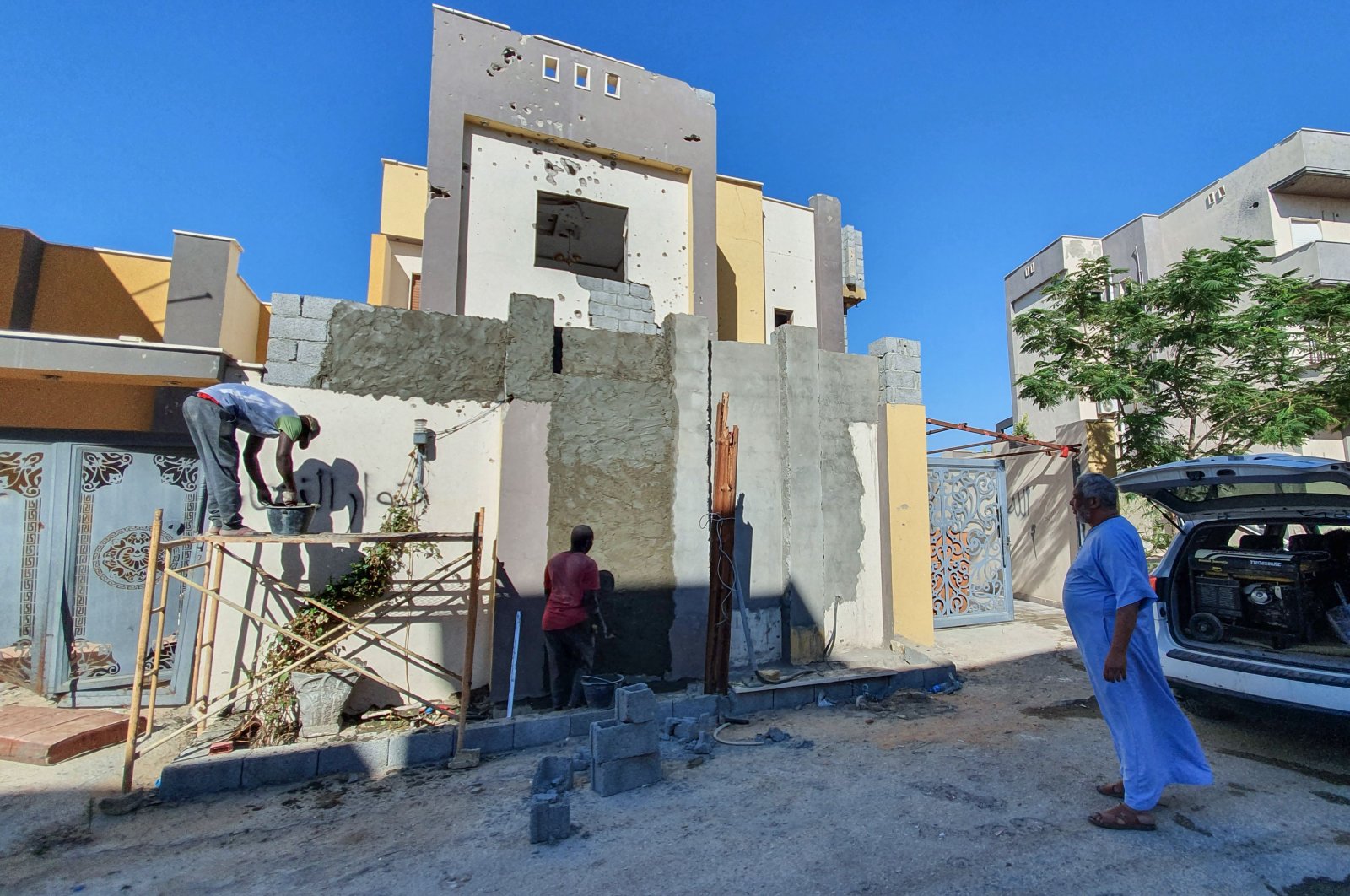 Libyan officials fear there are hundreds of more dead bodies and numerous improvised explosive devices (IEDs) and booby traps left behind by militias loyal to the putschist Khalifa Haftar, as they retreated from southern Tripoli.

Libya's Justice Minister Muhammad Lemlum, in the meantime, has sought technical support from the European Union on mass graves discovered in areas liberated from Haftar’s militias.

In a statement on Facebook, the Justice Ministry said Lemlum met with the head of the EU Border Assistance Mission in Libya (EUBAM) Vincenzo Tagliaferri in Tripoli on Sunday.

They discussed several issues, including the potential of cooperation among justice institutions. Lemlum said the Libyan government especially needs assistance in the DNA analyses of samples taken from bodies discovered in the mass graves.

"We are especially concerned about Southern Tripoli," head of the Missing Persons Commission Kamal Abubakr told the Turkish language daily, YeniŞafak, on Monday.

He added that they continue to discover more graves in areas liberated from Haftar forces.

Kamal said they found 106 bodies in Tarhuna and found 12 more mass graves. He said there were now over 160 bodies.

"We cannot give an exact figure because land mines are making it difficult for us to work," Kamal said, adding that explosives have been found on dead bodies and body parts in the area.

He said they are responding to reports from various neighborhoods in the area, but the explosives and booby traps are slowing down their work.

"We will speed up work once the mines are cleared. We have established a special unit for communicating with families, but identification takes a long time and requires expertise," he said.

Kamal added that Haftar’s militias and Russian mercenaries left IEDs, explosives in homes, including in a teddy bear at a civilian residence, in Tripoli.

The Libyan Army said Saturday 190 corpses have been found in morgues and mass graves south of Tripoli and the city of Tarhuna since June 5.

In a statement, the army said 106 bodies, including women and children, were found inside a hospital morgue in Tarhuna on June 5. Their bodies carried signs of torture.

Another 37 bodies were found in another hospital in the city, of which 14 had been identified, the military said.

According to a statement, 15 additional bodies were found in the Qasr bin Ghashir area south of Tripoli. The military said the bodies belonged to persons kidnapped by Haftar militias.

The remains of 14 unidentified people were also found south of Tripoli on June 6 while 15 bodies were discovered in a well, while a mass grave was discovered near Tarhuna between June 8 and June 10, the army said.

On June 11, the army said three more bodies were found in a mass grave in the same city.

Earlier this week, the Libyan Army said it was awaiting a United Nations report that exposes "crimes and genocides" committed by Haftar militia in Tarhuna.

The Libyan Army recently inflicted heavy blows on Haftar by liberating Tripoli and Tarhuna, in addition to other strategic locations, including the al-Watiya air base.

During the meeting, Baytulmal informed the prime minister about the course of the operations and the coordination mechanisms that have been established with other military regions. They also discussed safety measures for civilians.

It also inflicted heavy blows on warlord Haftar and liberated Tripoli and Tarhuna from his militants.