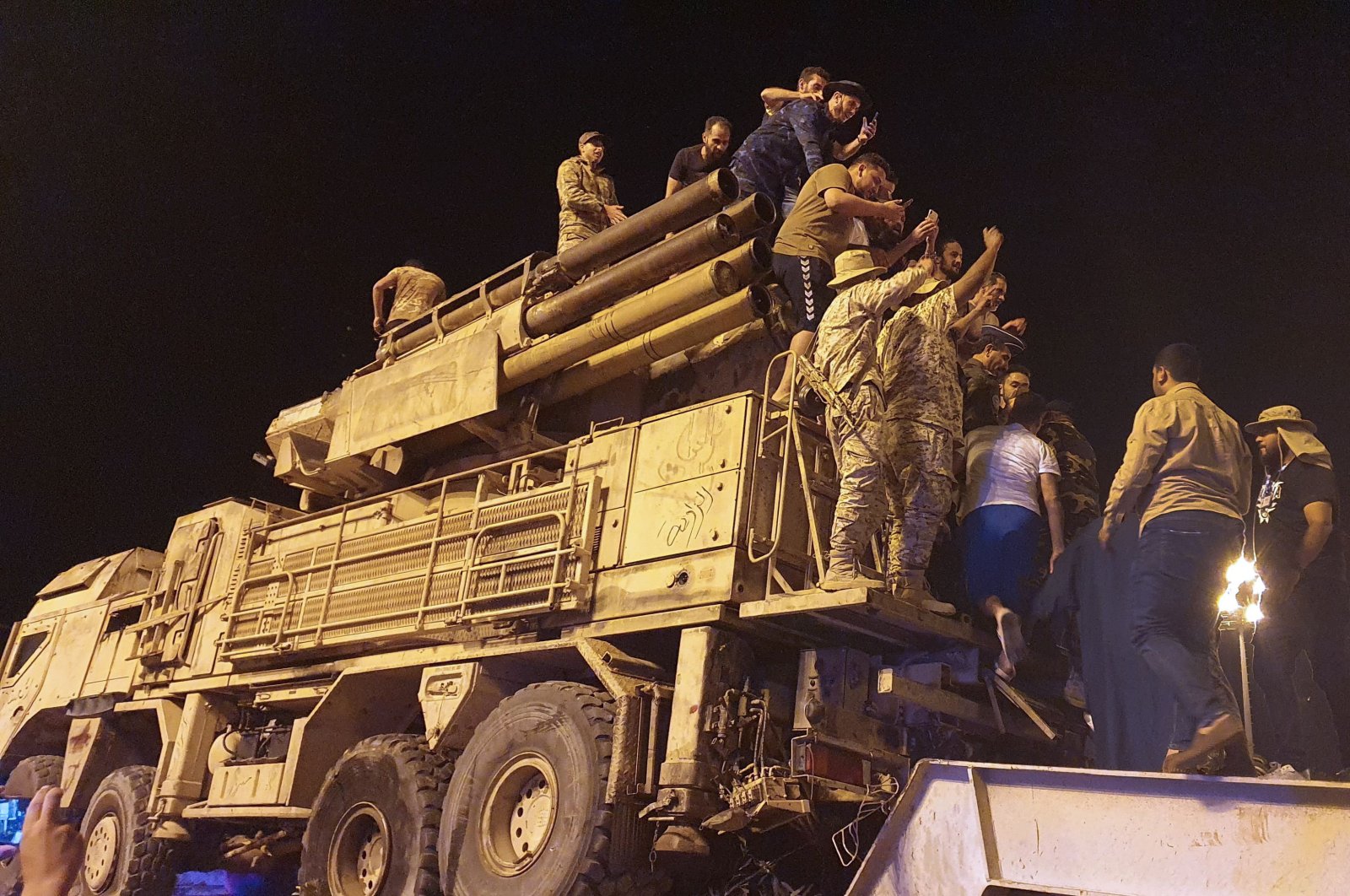 Forces loyal to Libya's U.N.-recognised Government of National Accord (GNA) parade a Pantsir air defense system truck in the capital Tripoli after its capture at al-Watiya airbase, May 20, 2020. (AFP Photo)
by REUTERS Jul 05, 2020 12:08 pm
RECOMMENDED

Overnight, warplanes struck at an air base that was recently recaptured by Libya's internationally recognized Government of National Accord (GNA) from eastern forces loyal to putschist Gen. Khalifa Haftar, a military source with the eastern forces and a resident nearby report.

The strikes were carried out by "unknown aircraft," a military source belonging to the self-declared Libyan National Army (LNA) of eastern-based Haftar told Reuters.

A resident at the nearby town of Zintan said explosions could be heard from the direction of the base.

The recapture of al-Watiya air base by the GNA in May marked a turning point in the conflict that eventually saw an end to Haftar's 14-month campaign to seize the capital as the latter began to retreat to the new frontlines along the coast.

Turkish support was vital to the GNA in defeating the Haftar's offensive, thanks to advanced air defenses and drone strikes that targeted rival supply lines and troop build-ups.

Turkey's Defence Minister Hulusi Akar was in Tripoli for meetings with the GNA on Friday and Saturday and swore to do all that was necessary to help the country.

Haftar is mainly backed by the United Arab Emirates (UAE), Russia and Egypt. During their advance on Tripoli last year, Haftar's forces were assisted by air support from Egypt and the UAE.

Last month, the U.S. said Russia had sent at least 14 MiG-29 and Su-24 warplanes to a base controlled by Haftar via Syria, where their Russian airforce markings were removed.

The GNA and Haftar are now mobilizing forces at new frontlines between the cities of Misrata and Sirte. Egypt has warned that any Turkish-backed effort to take Sirte, which Haftar's forces captured in January, could lead its army to directly intervene.