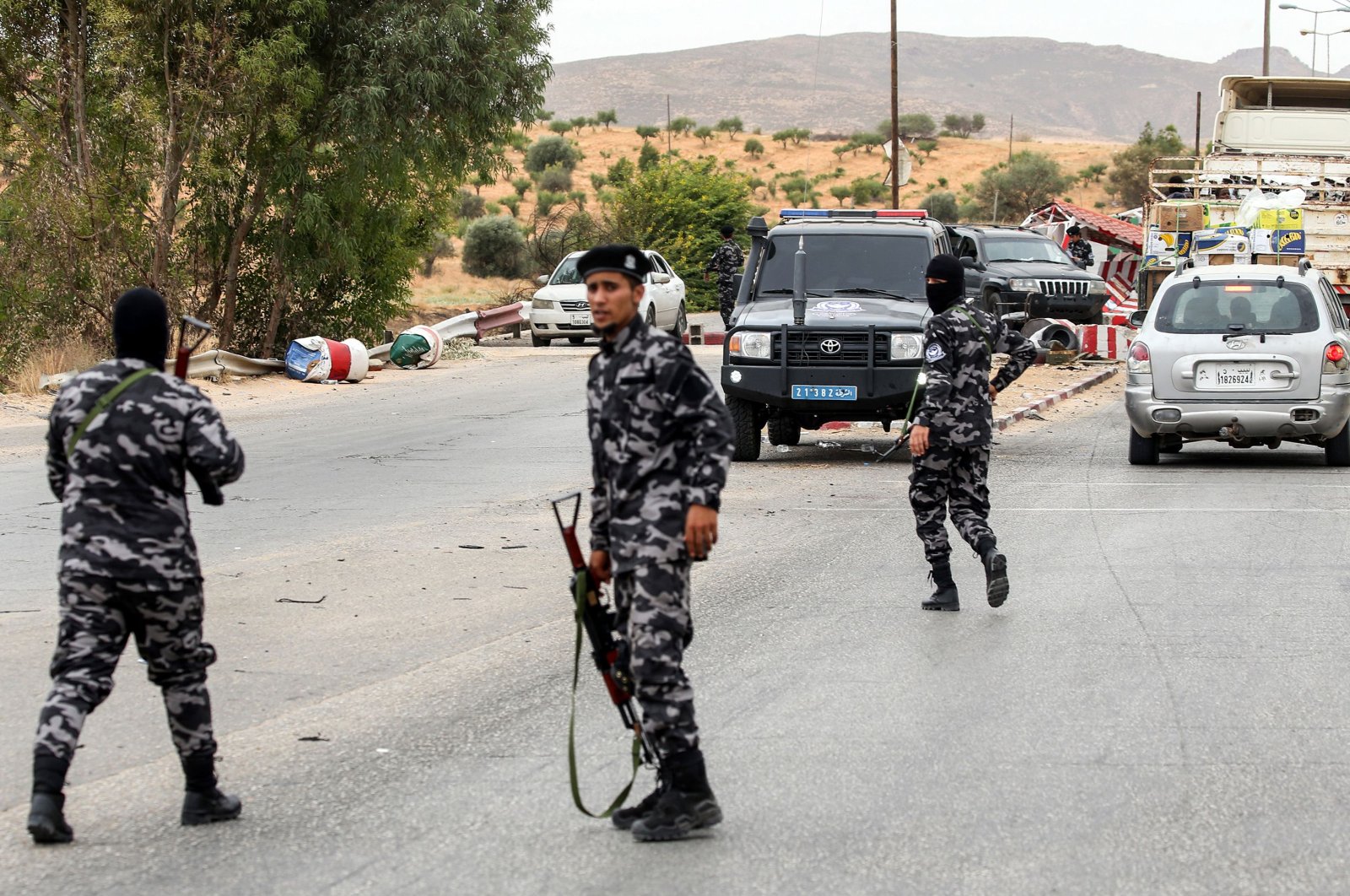 Members of security forces affiliated with the Libyan Government of National Accord (GNA)'s Interior Ministry stand at a make-shift checkpoint in the town of Tarhuna, about 65 kilometres southeast of the capital Tripoli, June 11, 2020. (AFP)
by Anadolu Agency Jun 12, 2020 11:20 am

The Libyan Army on Thursday arrested 10 militants affiliated with putschist Gen. Khalifa Haftar in the outskirts of Tarhuna city.

The militants were arrested during a security operation, the press office of the Libyan government's Burkan al-Ghadab (Volcano of Rage) Operation said in a statement.

The army's Sirte Jufra Operations Commands asserted its readiness, saying it has received all required reinforcements, ammunition and logistics equipment.

The Libyan government launched Operation Peace Storm in March to counter attacks on the capital and recently repelled the 14-month assault. It also regained strategic locations, including al-Watiya air base and the city of Tarhuna.