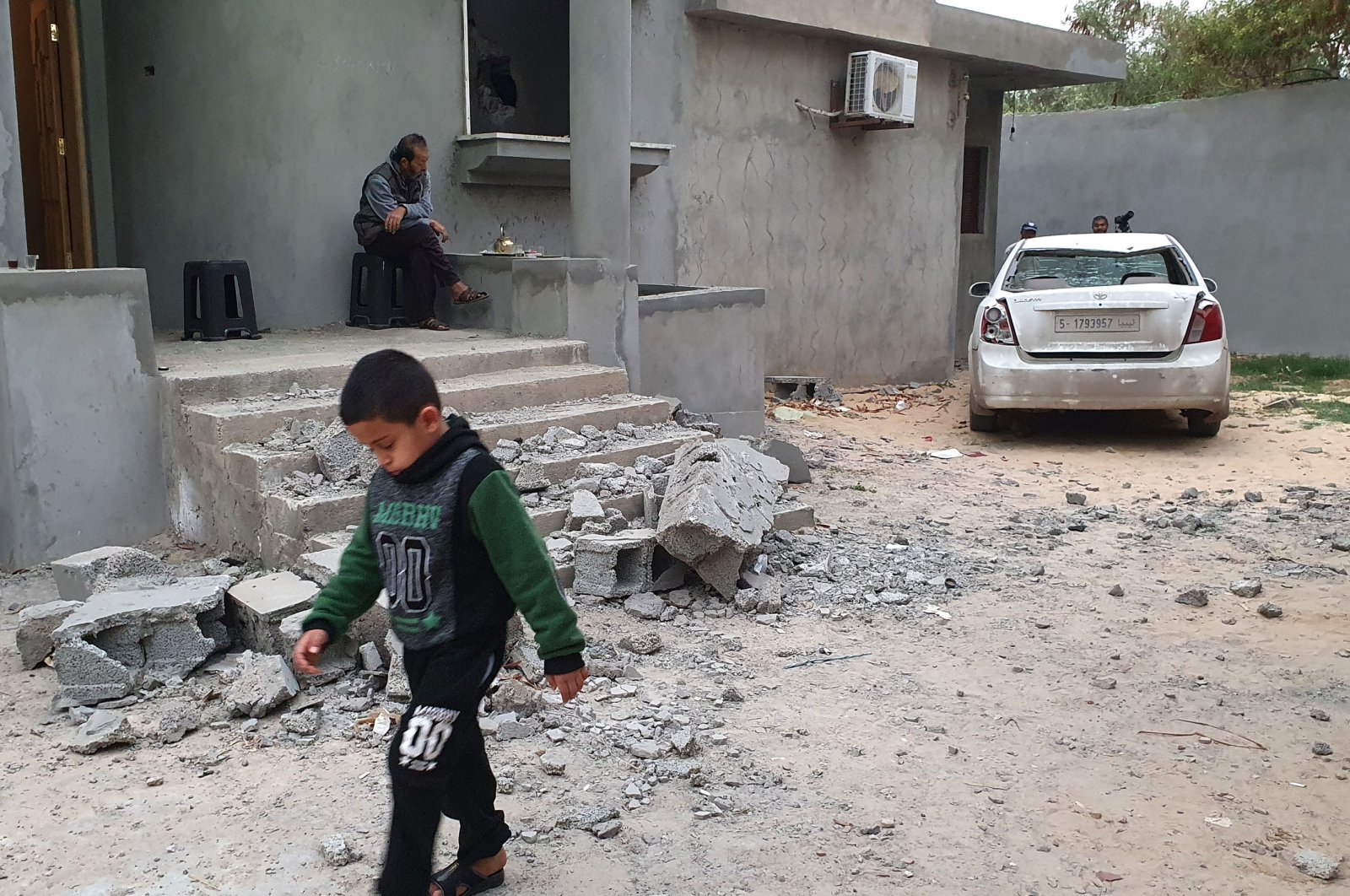 A Libyan boy walks past debris at the site of shelling on the residential area of Arada in the capital Tripoli on April 14, 2020. -(AFP Photo)
by DAILY SABAH Apr 15, 2020 6:12 pm
Edited By Dilara Aslan
RECOMMENDED

Libyan Interior Minister of the U.N.-recognized Government of National Accord (GNA) Fathi Bashagha on Wednesday said those going against the state would not be allowed to infiltrate its institutions.

According to an Interior Ministry statement, Bashagha came together with two deputies from the capital Tripoli's Misrata province.

Bashagha, who made a situation evaluation with the deputies, said, “We will prevent individuals who went against the state from infiltrating government institutions in the western provinces and towns that were retaken.”

The minister further stressed that decisive steps would be taken to ensure the state’s security and stability at every reclaimed area, particularly in the Sabratha province. “We will punish those targeting the state, outlaws and criminals with iron fists,” he added.

The GNA retook seven towns and two cities from putschist Gen. Khalifa Haftar's forces Monday, including Sabratha and Sorman, and controls the area along the country's western coastline.

The seizure of Sorman and Sabratha was the GNA's most significant victory since last June when its forces retook the town of Gharyan, the main supply base for Haftar's forces southwest of the capital.

Since the ousting of former dictator Moammar Gadhafi in 2011, two seats of power have emerged in Libya: Haftar in eastern Libya supported mainly by Egypt, Russia and the United Arab Emirates and another in Tripoli, which enjoys U.N. and international recognition.