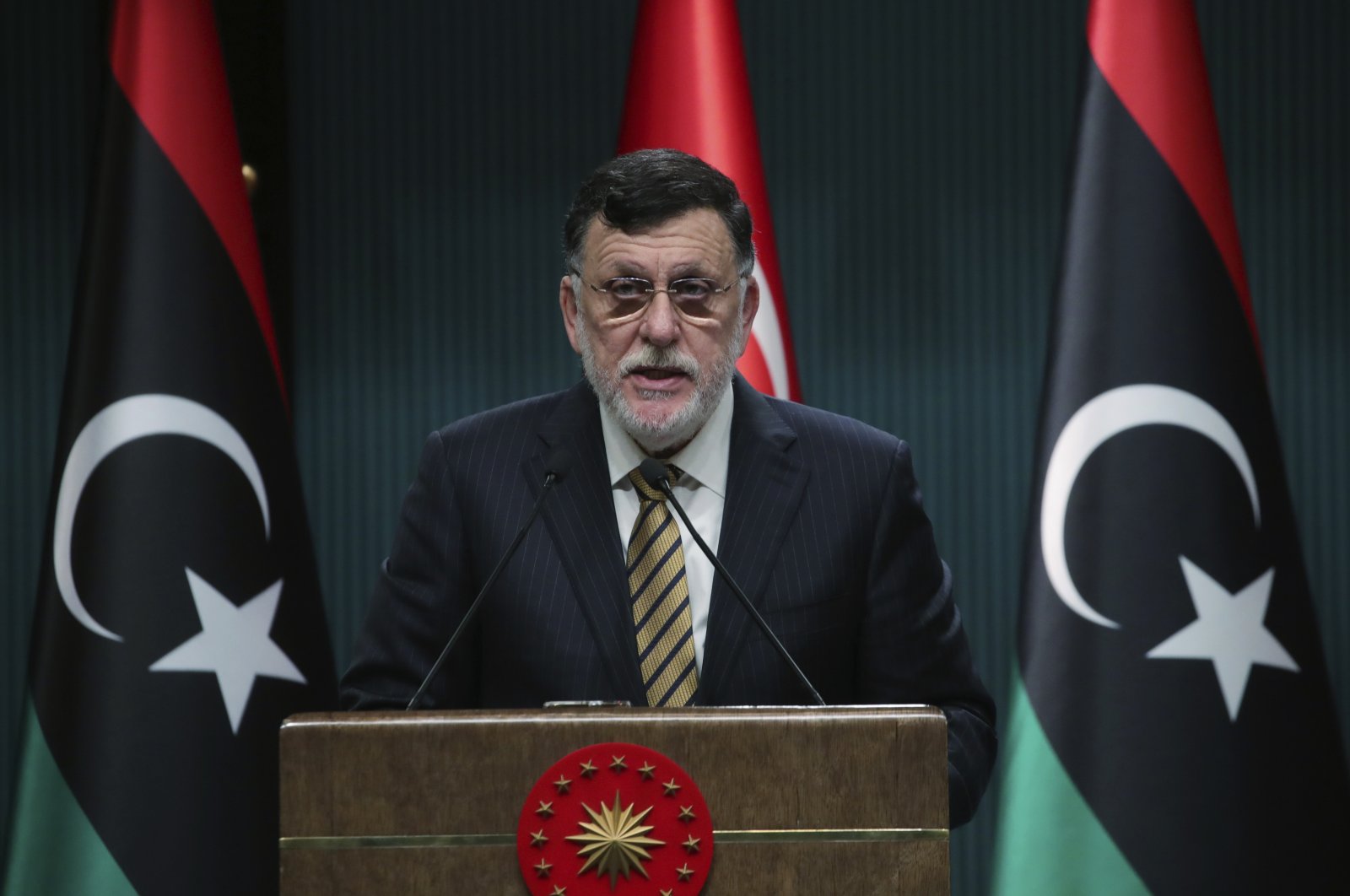 Fayez Sarraj, the head of Libya's internationally recognized Government of National Accord (GNA), speaks at a news conference in Ankara, Turkey, June 4, 2020. (AP Photo)
by DAILY SABAH WITH AGENCIES Aug 23, 2020 11:32 am
RECOMMENDED

In a statement following Friday's call for a cease-fire by the Government of National Accord (GNA) and the pro-Haftar parliament, the council also urged Egypt to engage in a pragmatic manner with the legitimate Libyan government in the interest of both countries.

"We appreciate the role of the friendly and brotherly states that supported us in confronting the aggression of terrorist Haftar and his mercenaries, in particular Turkey and Qatar," read the statement.

The council also stressed the importance of expanding the Tripoli-based GNA's authority throughout the entire country.

It also called on all sides to respect the United Nations Security Council's (UNSC) resolutions on Libya.

In separate statements on Friday, the Libyan government and Tobruk parliament announced an immediate cease-fire in the Sirte and Jufra regions and agreed to hold presidential and parliamentary elections.

Libya has been torn by civil war since the ouster of late ruler Moammar Gadhafi in 2011. The government's efforts for a long-term political settlement have since failed due to a military offensive launched by Haftar.

Fighting has stalled around the central Mediterranean port of Sirte, the gateway to Libya's eastern oil fields and export terminals, and to the key Jufra air base to the south.

Since last September, several high-level meetings have been held in Berlin to put an end to the Libyan conflict, attended by France, Italy, Germany and the U.K. The negotiations have come to be known as the Berlin peace process.

The cease-fire declaration has been hailed regionally and internationally, but Haftar has yet to comment on the development.

Most recently, the European Union on Saturday welcomed the announcement of a cease-fire in Libya from both rival camps.

In a declaration on behalf of the EU, Josep Borrell, the high representative of the European Union, called the agreement between Libyan President Fayez Sarraj and Aguila Saleh Issa, speaker of the pro-Haftar Libyan parliament, "a constructive first step forward, which ... creates a new hope for common ground toward a peaceful political solution to the longstanding Libyan crisis."

The EU also confirmed its support for the parties' commitment to an immediate cease-fire that implied the departure of all foreign fighters and mercenaries present in the country as well as the resumption of negotiations in the framework of the U.N.-led Berlin process.

"We now urge all the Libyan parties, and all those supporting them in any form, to translate these principles into concrete actions," the declaration added.

GCC Secretary-General Nayef Falah Mubarak al-Hajraf called on all parties "to adhere to (this) constructive step, to urgently engage in political dialogue, and to work through the mediation of the United Nations to reach a permanent and comprehensive solution to end the fighting and conflict in Libya.”