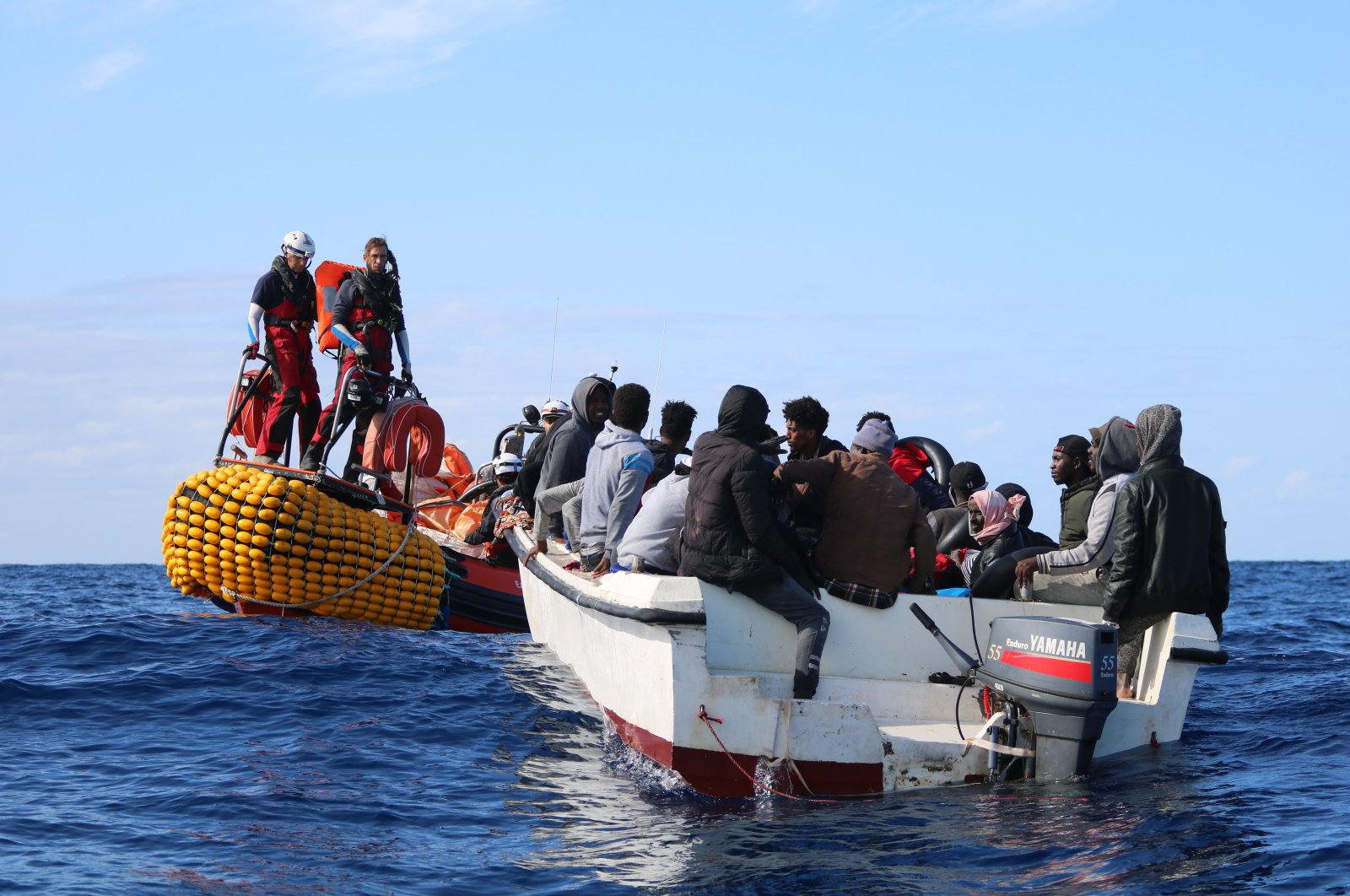 SOS Mediterranee team members from the humanitarian ship Ocean Viking approach a boat in distress with 30 people on board in the waters off Libya, Nov. 20, 2019. (AP Photo)
by DAILY SABAH Apr 24, 2020 11:35 am
Edited By Dilara Aslan
RECOMMENDED

Sarraj said the operation neglected to control the airspace and borders through which arms and ammunition are reaching the illegitimate forces of putschist Gen. Khalifa Haftar in eastern Libya.

He stressed that it is certain, based on reports they have, that weapons and equipment are being provided to support Haftar through Libya's eastern land and air borders.

Operation IRINI was launched by EU foreign ministers' approval on March 31. The mission aims to operate in the air, sea and with satellites to ensure that all countries respect the ban on providing arms to the parties involved in the Libyan conflict. The EU forces will also watch for illegal oil exports, prevent human trafficking and contribute to the training of the local coast guard and navy as a complementary task.

Since the ousting of longtime ruler Moammar Gadhafi in 2011, two seats of power have emerged in Libya: Haftar in eastern Libya, supported by Egypt and the United Arab Emirates, and the GNA in Tripoli, which enjoys U.N. and international recognition.

Several U.N.-backed attempts to reach a cease-fire between Libya's two rival forces have failed, and the world body has slammed repeated violations of a 2011 weapons embargo.