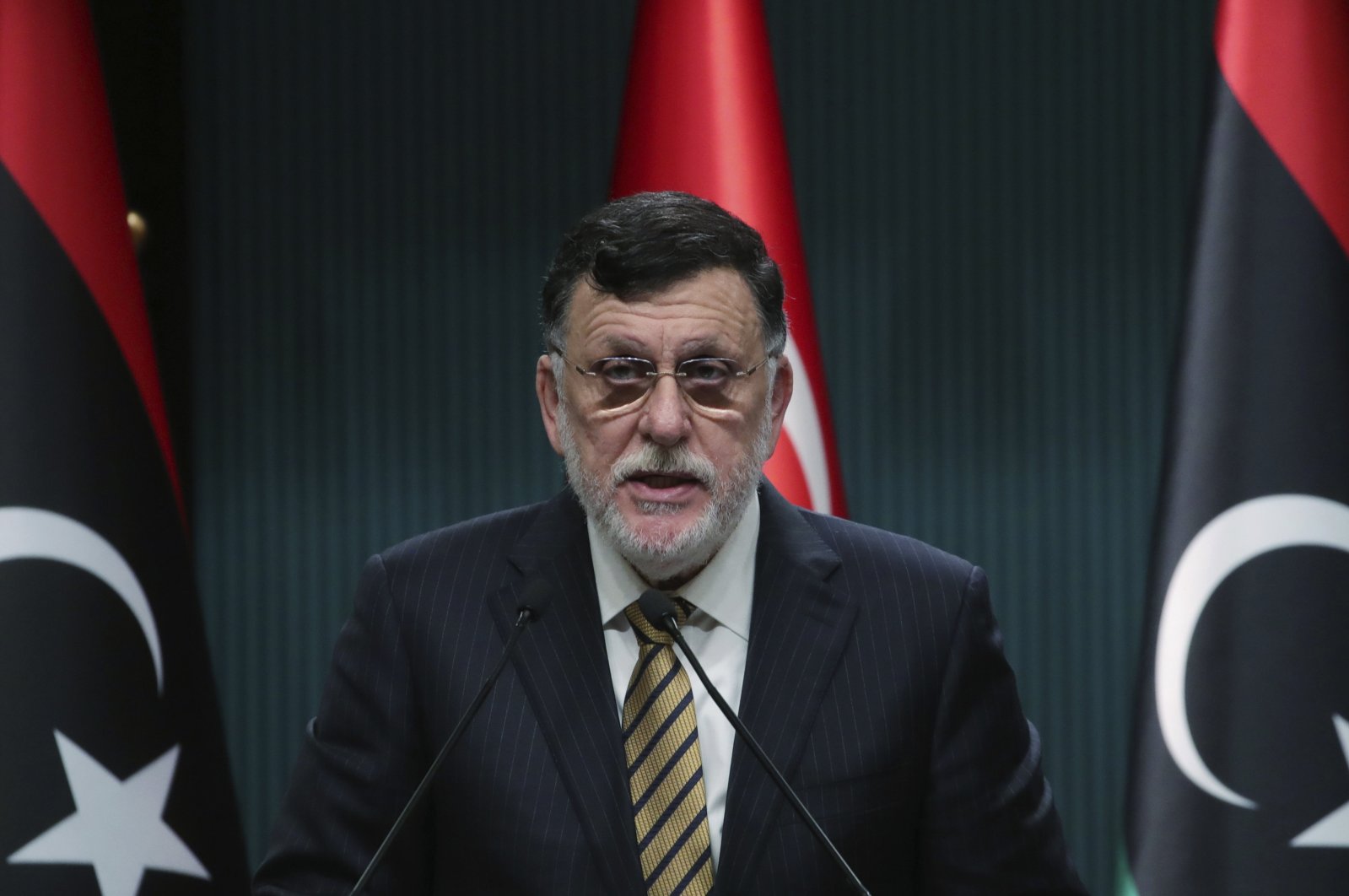 The head of Libya’s United Nations-supported government said Wednesday night that he wants to hand over power to a new administration in October, amid peace talks on ending the country’s yearslong conflict.

Prime Minister Fayez Sarraj said the U.N.-brokered talks between the country’s rival factions have led to a “new preparatory phase” to unify Libyan institutions and prepare for parliamentary and presidential elections.

"I declare my sincere desire to hand over my duties to the next executive authority no later than the end of October," Sarraj said while delivering a speech on state television.

"Hopefully, the dialogue committee will complete its work and choose a new presidential council and prime minister," he added.

Touching on the inter-Libyan dialogue held in the coastal Moroccan city of Bouznika from Sept. 6-10 which brought the rival parties together in the Libyan crisis, Sarraj said, "the latest talks have laid the groundwork for a new process for the unification of state institutions and holding parliamentary and presidential elections."

Sarraj, who arrived in Tripoli on Wednesday after a visit to his close ally Turkey, urged negotiators to quickly name the new administration to “secure a peaceful and smooth transition.”

Last month he called for a cease-fire and the demilitarization of the Sirte and Jufra areas. Aguila Saleh, the speaker of the eastern-based House of Representatives, which backs putschist Gen. Khalifa Haftar, supported Sarraj’s proposal for demilitarizing Sirte, but he did not mention Jufra, which includes a vital military air base held by Haftar.

Abdullah al-Thani, the head of the government, which is not recognized internationally, submitted its resignation to the speaker of the Tobruk-based House of Representatives, Aguila Saleh, during an urgent meeting in which they discussed the protesters' demands.

Hundreds of young Libyans flooded the streets of Benghazi and other eastern cities in the past couple of days in a spontaneous outburst of anger over the area’s crippling electricity shortages.

Protesters in eastern Libya set piles of tires ablaze and blocked traffic on several major roads. On Saturday, protesters attempted to storm a security headquarters in the eastern town of Marj.

That agreement, however, failed in its aim of creating a national government in Tripoli and ending the divide between the rival parliaments, governments and military coalitions in Libya, and the conflict morphed into a bloody proxy war.

Turkey supports the U.N.-recognized government in the country, while France, Egypt and the United Arab Emirates (UAE) support warlord Haftar.

Last November, Turkey and Libya signed a security and military cooperation agreement, as well as a maritime agreement.

Since April 2019, Haftar's illegitimate forces have launched attacks on the Libyan capital of Tripoli and other parts of northwestern Libya, resulting in more than 1,000 deaths, including civilians. However, the Government of National Accord (GNA) thwarted a 14-month campaign of Haftar by retaking strategic provinces and clearing southern Tripoli of his militias with the assistance of Turkey.

The 60-year-old former architect, Sarraj was appointed in 2015 to lead the presidential council, created by a political agreement that was signed by Libya’s factions in Skhirat, Morocco.

Sarraj, tall and often elegantly dressed, with a grey beard, was born in 1960 into a powerful, conservative family with large business interests and swathes of real estate.

His father, Mustafa, played a key role in founding the state after independence in 1951.

Sarraj was elected to Libya's parliament in June 2014.

Just two months later, an alliance called Libya Dawn seized control of the capital. The government and members of the new parliament were forced to seek refuge in the country's east.

Sarraj moved to Tobruk, where the parliament is still based, and sent his wife, also an architect, and three daughters to safety abroad.

After being stranded for months in Tunis, as Libya Dawn forces controlled Tripoli, in March 2016, Sarraj finally boarded a Libyan navy vessel to Tripoli, where he won the recognition of key political and economic authorities.

He made concerted efforts to put the institutions of the Libyan state in order and start a process of national reconciliation, but he was under attack by warlord Haftar's offensive against the capital.