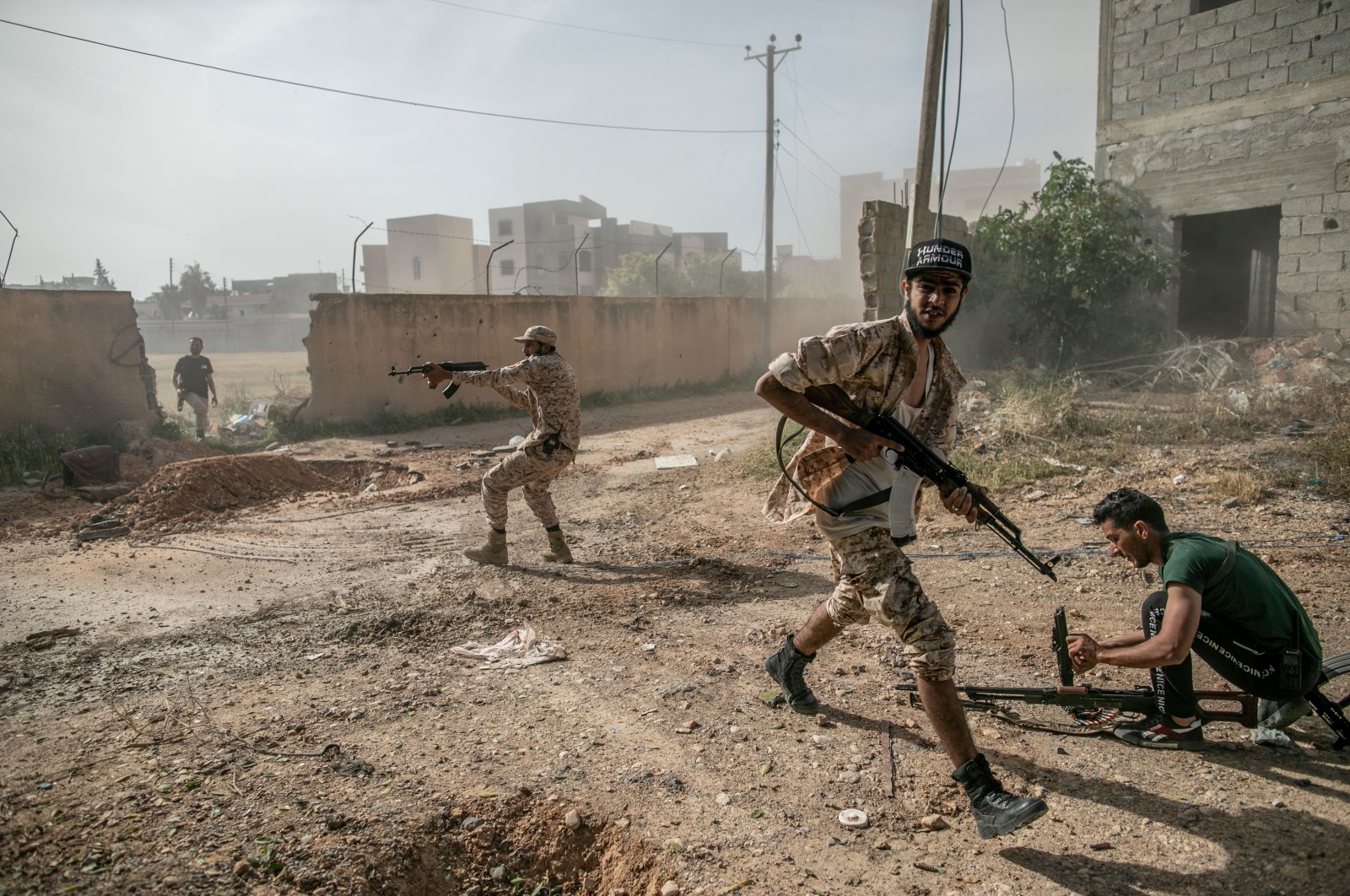 Libya's U.N.-recognized Government of National Accord (GNA) announced on Sunday that it had downed a United Arab Emirates unmanned aerial vehicle (UAV) in the north of the country.

"Our forces have successfully shot down an Emirati drone south of Misrata city," said Mohammed Kanunu, the spokesman for the GNA-led Burkan Al-Ghadab Operation (Volcano of Rage).

"It was a Chinese-made drone equipped with guided missiles," Kanunu added.

Abu Dhabi, which is one of the main backers of putschist Gen. Khalifa Haftar, has yet to comment on the incident.

The United Arab Emirates previously violated the U.N. arms embargo against forces loyal to Haftar, as revealed in a U.N. report dating from 2017, which stated that the country had long been providing Haftar with all kinds of military support, fueling the ongoing conflict. The report said that among the aid provided by the UAE was an MI-24P attack helicopter in April 2015. Investigators had confirmed that one MI-24P helicopter was traced back to Belarus, which confirmed it had delivered four of the aircraft to the UAE in 2014.

This comes a day after the GNA's forces launched a military operation to recapture Tarhuna, a town of strategic value for Haftar and his last major stronghold in the area surrounding Tripoli.

On Sunday, the GNA announced that it launched 17 airstrikes to recapture Tarhuna, aiming at Haftar forces and their military vehicles.

The attacks in the province have escalated further since January 2020 and have cost the lives of hundreds of civilians.

The GNA has been preventing Haftar forces from providing further supplies to Tarhuna over the last three weeks. According to many pundits, the Tarhuna family poses the "biggest danger" to the GNA since the forces loyal to the family do not hesitate to launch missile attacks whenever the U.N.-recognized government takes a strategic military step for the sake of the country.

The GNA signaled the operation 10 days ago when the electricity and communication channels to the province were cut. On Saturday, the operation launched officially with a plan to encircle Tarhuna from seven points in the province's north, east, west and southwest, forming a crescent shape. Southern Tarhuna is expected to be left open as a route for Haftar forces to escape to the town of Beni Waled.

On Wednesday, the GNA reported that its forces conducted airstrikes on militants loyal to Haftar.

GNA military spokesman Mohammed Qanunu issued a brief statement on the developments at al-Watiya air base in western Libya.

Al-Watiya is regarded as one of the most important air bases in the country and is second only to Mitiga International Airport near Tripoli. Haftar forces captured the air base in August 2014. He and his illegally armed forces in eastern Libya used it as their headquarters for western operations.

Since the ousting of late dictator Moammar Gaddafi in 2011, two seats of power have emerged in Libya: Haftar in eastern Libya, supported by Egypt and the United Arab Emirates, and the GNA in Tripoli, which enjoys U.N. and international recognition.