Locals of Azerbaijan’s Ganja: 'We won't leave our lands' 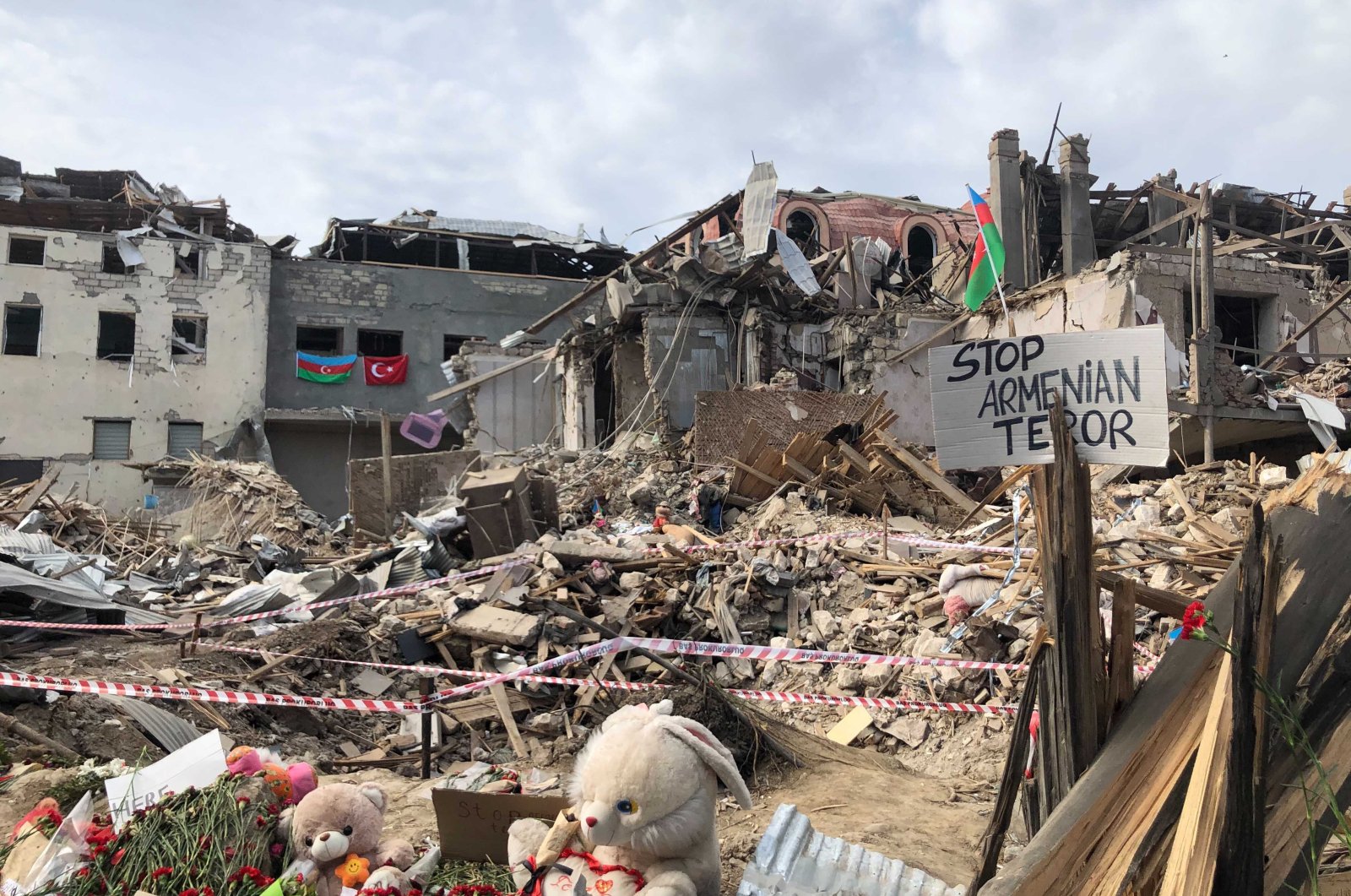 Residents of Azerbaijan’s second city Ganja have voiced determination not to leave their lands in the face of Armenian aggression and underlined that the occupied Nagorno-Karabakh region should be returned to Azerbaijan.

“We are the people of Ganja; we will not leave our motherlands. We fight for our lands. Karabakh is our homeland, which we have been trying to gain back for 30 years,” Mushabe Alaaddinkizi stated.

The people of Azerbaijan living in the Azerittifak district of Ganja where 11 people including three children lost their lives during Armenian attacks, told Daily Sabah about the difficult situation they faced.

Another woman, Sergiye Dashdemirova, stated that she does not even remember how she got out of the debris. “Three children died. We have a 1-month-old orphan. Armenia has displaced our ancestors from their lands in Yerevan; then they came to the Amasya province and to Ganja from there. They are terrorists, fascists,” she said, pointing out that Armenia attacks the people of Azerbaijan from Azerbaijani territory. Dashdemirova, 68, has been living in Ganja for 45 years.

At least 13 civilians, two of them children, were killed and 45 wounded in Ganja by Armenian shelling overnight on Oct. 17. Among those who lost their lives were two small girls, one 10 months old and the other 1-year-old. The attack came just six days after a missile struck another residential area of the city with a population of more than 300,000 people, killing 10 civilians.

Azerbaijan's civilian populated areas have come under intense attacks by Armenia since clashes broke out between Armenian and Azerbaijani forces in late September over the Nagorno-Karabakh region.

Şentop and his delegation, while stopping at a hospital in Ganja to visit patients injured in the attack, expressed their condolences to the people who lost their homes, relatives and neighbors.

Zemine Caferova, another citizen from Ganja, said the destruction of their homes was not important and that their morale was high. “President Aliyev is taking back our lands. Our morale is high. We thank Turkey for its moral support,” she said while another family member, Rubabe Caferova, stated that they have been staying at a hotel for the past four days. “Our houses are destroyed; however, we do not need anything. We have relatives in Turkey’s Istanbul and Bursa. We always watch Turkish television; it gives us moral support,” he said, adding that Armenia got more aggressive with the Azerbaijani army progressing.

Another affected citizen Ilhame Abbasova similarly stated that they did not consider leaving Ganja even though their relatives were calling them to stay with them in other cities. “We will not leave Ganja. If necessary, we will die here. There will be no stopping until Azerbaijan takes back its lands and Nagorno-Karabakh is given back,” Abbasova said.