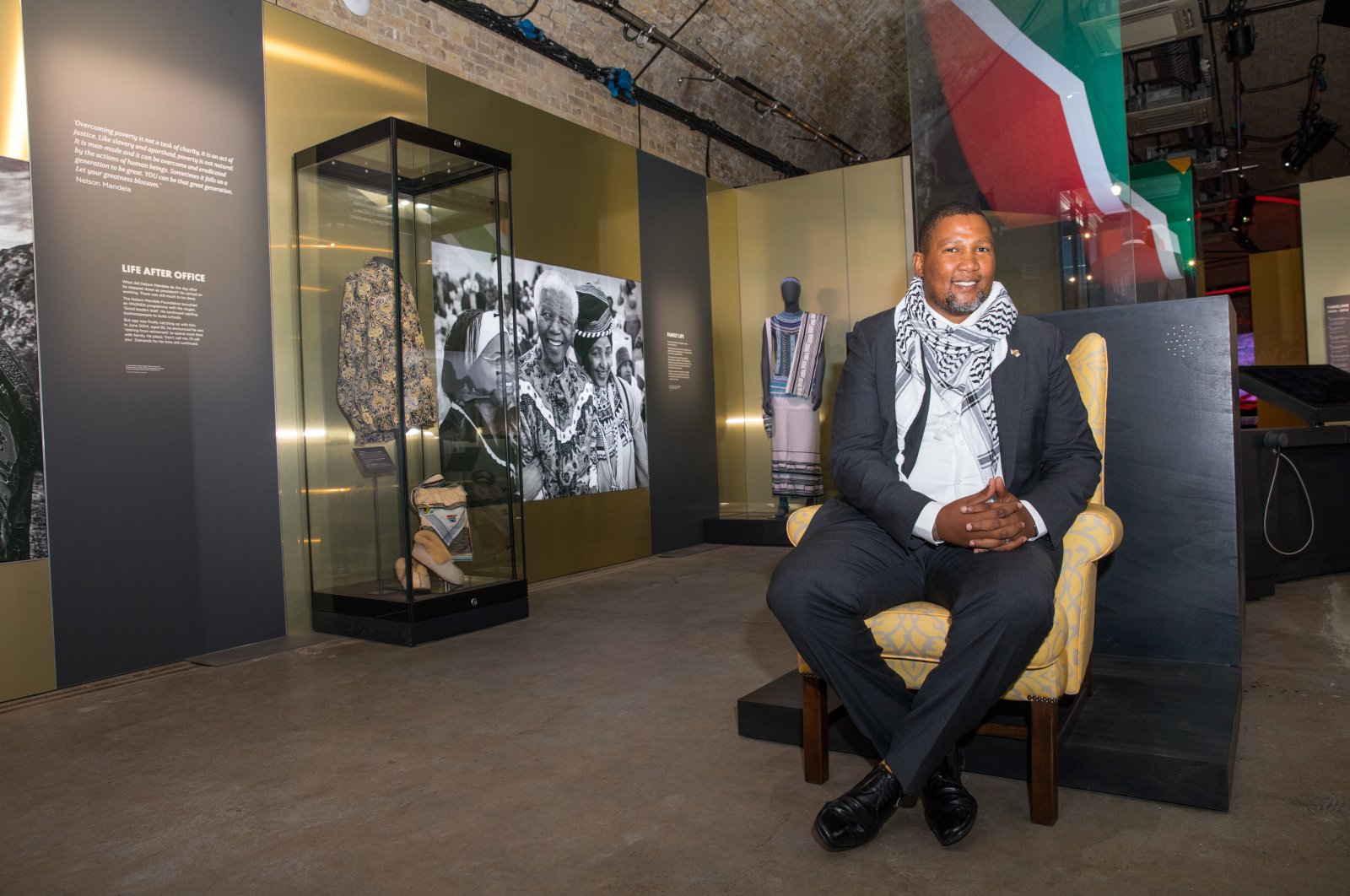 Chief Zwelivelile "Mandla” Mandela, a grandson of Nelson Mandela, a global icon and South Africa’s first black president, hailed the Turkish government Thursday for its support for the Palestinian cause.

"We salute the Turkish leadership – especially President Recep Tayyip Erdoğan’s support for the Palestinian struggle,” Mandela told a panel discussion for a Turkish webinar titled "Democracy, Freedom and the Importance of Leadership: Lessons for a Better World."

Mandela delivered a speech titled "Democratization: the South Africa Experience" and posted it on his Instagram page.

He said Turkey’s support sets an example worthy of emulation by other Muslim leaders in the region, many of whom have capitulated and in doing so severely compromise the hegemony of opposition to U.S. unilateralism and its Zionist designs for a "Greater Israel."

The traditional leader of Mvezo Komkhulu (The Great Palace) and a member of parliament for the governing African National Congress (ANC) party said one cannot refer to democratization in South Africa without understanding the impact of centuries of colonization on the psyche of its people and the consequent social, political and economic scars they live with today.

"As with Palestine today, the history of colonialism in South Africa is intimately tied by an umbilical cord to the gradual dispossession, displacement and ultimately alienation of the majority of South Africans from the land. This alienation went hand in hand with the usurping of our mineral wealth," said Mandela, who is known for standing up for the rights of the oppressed.

He said the devastating impact of the South African Native Land Act of 1913 and its amendment in 1936 reduced the black majority to foreigners in their own land.

In his address, he said 87% of the population "was forced onto 13% of the land and the creation of Bantustan homelands became a defining feature of our struggle. This explains why hunger, restitution and land reform have remained such powerful and emotional themes on our road to democratization.”

He said this also explains why as a nation, South Africa identifies so closely with the Palestinian struggle and its quest for justice. He said his country was carrying on the Mandela Legacy and in particular his principled and moral stand on Palestine.

He also remembered the martyrs of Turkey's July 15 coup attempt. "We recognize the brave men and women who lost their lives in the fight for democracy and not giving in in the face of a military coup attempt in Turkey on the night of July 15, 2016," he said.